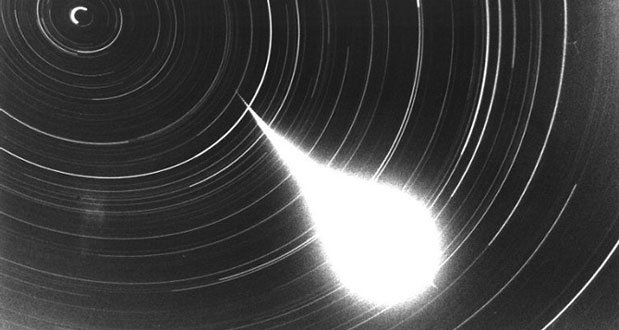 At approximately 10:00 pm on September 25th, 2002, a large explosion was detected in the Vitim River Basin near the town of Bodaybo in the Irkutsk Oblast, Russia. The explosion was so large, U.S. military missile-defense satellites reported it.

Russian physicist Andrey Olkhovatov estimated the explosion to be between 4-5 kilotons. For perspective, the Oklahoma City bombing – which used a fertilizer bomb to destroy half of an office building – yielded .002 kilotons.

So what caused the explosion? Unsanctioned nuclear test? Extraterrestrial activity?

The Vitim Event left one million trees charred over a 150 square kilometer radius. Witnesses reported seeing streaking bright lights across the sky. Tops of fence posts lit up with electrical discharges. Appliances and lights that were shut off turned themselves on.

The people of the sparsely populated region said they felt an earthquake as well. Some thought it was the dawn of a nuclear war while others thought doomsday had arrived. 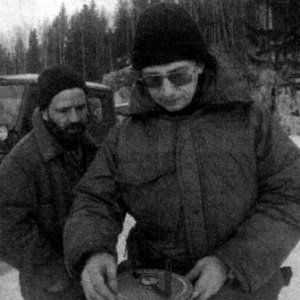 Within a week of the explosion, scientists from around the world were studying the facts and developing hypotheses. Several expeditions were sent out into the wilderness to find the affected site with hopes of determining what caused the explosion.

To say they had a hunch it was a meteorite is probably conservative; however, the desire to quantify the threat of falling rocks from space is important.

The first two expeditions, one by the Russian Emergency Rescue (MChS), and another by Irkutsk State University, located cosmic dust grains but failed to locate the actual impact site. In May 2003, a third expedition – this time run by the Russian public scientific organization Kosmopoisk – located the presumed point of impact in remote Siberia.

The scientists were surprised when there was no crater to be found despite a million trees being broken in half. Snow and water samples yielded high amounts of tritium as well as radioactive isotopes of cesium and cobalt – amounts not found in such quantities on Earth.

Those involved on the expedition claimed the site was very similar to that of the Tunguska Event of 1908. 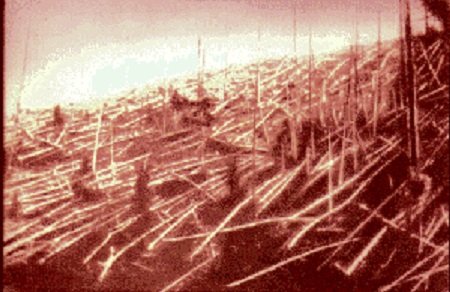 Lead scientist Vadim Chernobrov from the Kosmopoisk expedition determined the explosion was likely caused by a comet with a diameter of about 50-100 meters (~200 ft.).

While many others have various theories regarding extraterrestrial activity, the best-supported suggestion is that of Mr. Chernobrov of a bolide comet.

Fragments of the meteorite had exploded into shrapnel 18 miles above the Earth, showering Bodaybo with hundreds of smaller meteorites. Miraculously, no one was reported to have been killed by the event.

Despite many remaining questions, the Kosmopoisk expedition was a success; the findings from the expedition also helped answer questions from the Tunguska Event of 1908.