St. Ambrose Church is located in the small town of St. Nazianz, Wisconsin. This Roman Catholic Church was founded in 1898 by Father Ambrose Oschwald, an immigrant from Germany. Father Oschwald left his church in the village of Black Town, Germany, amid claims of mystical and prophetic works to avoid religious persecution from the town’s citizens. 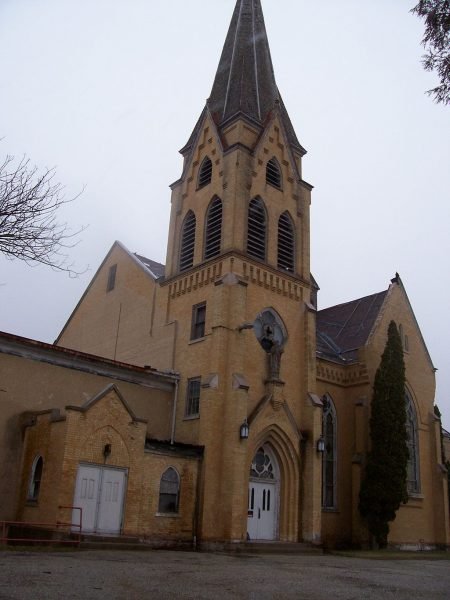 But not every townsperson was critical of Father Oschwald. While in Germany, he amassed a following of believers who fled with him to the U.S. Father Oschwald and his cult-like following are said to have used a “divine white heifer’ to guide them through the forest. The heifer took them to what is now known as the village of St. Nazianz.

The land was held communally, with all members agreeing to divide tasks equally and work without pay. After settling, Father Oschwald and his followers formed “The Association of Oschwald Brothers and Sisters” simply referred to as “The Association.”

The Death of Father Oschwald 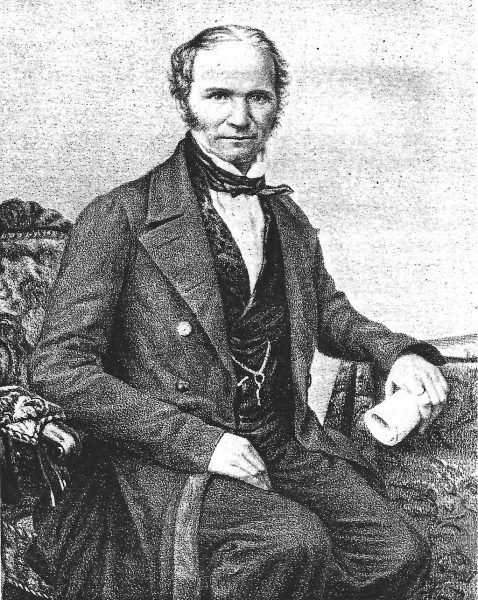 Father Oschwald fell ill in early 1873. There were reports of strange happenings as he succumbed to his illness, like pounding on the walls of his and other residents’ houses. The mysterious pounding stopped after his death on the morning of the next day, February 27th. Father Oschwald’s coffin remained unsealed 63 days after his death before he was moved to a burial site within the Church compound.

The Decline of The Association

The Association and, by extension, the community that Father Oschwald created started falling apart shortly after his death. The decline was mainly due to legal property battles that strained the Association’s membership and finances. In 1886, The Association invited Father Francis Mary of the Cross Jordan, a German Catholic priest and the founder of the Society of the Divine Savior (Salvatorians).

In addition to the new church, the Salvatorians also built a new Monastery, utility and farm buildings, a garage, a gymnasium, and a Chapel for the Salvatorian sisters. Most of this construction went into creating accommodation for newly admitted seminarians, who at the time were quite a number. In 1939, the church hosted up to 150 seminarians.

Intake at the seminary started to decline in the 1960s. By the mid-1960s, only a few students were enrolling every year. This led the Salvatorians to convert the seminary to a school—the John F. Kennedy Preparatory High School.

The following year, the school’s intake was at an all-time high, with the Salvatorians attempting to revive the once glorious seminary days. Unfortunately, the school was unable to maintain adequate enrollment, and it closed down in 1982.

JFK Preparatory was rumored to be haunted. There were reports of unexplainable events happening in the school, attributed to the spirit of Father Oschwald, who is claimed to have cursed the church and other spirits of angry seminarians. The seminarians are said to have been mistreated by nuns while studying in the church.

There were also accounts of the ghost of a seminary’s former student who is said to have committed suicide in the school’s dormitory. Currently, the former JFK Preparatory building lies in ruins, abandoned.

Passed Around and Converted

After the school closed in 1982, the church complex went through several owners every decade or so. The property as it stands now has been severely neglected and vandalized. Most of its buildings are dilapidated and uninhabitable.

In 2008, United Ministries, a religious organization based in Green Bay, purchased the property and began its transformation to a Christian youth center campus. The Ministry has refurbished some of the church’s properties and buildings, including the former football field and several dormitories.

The organization has remodeled the former gymnasium into a thrift store and built a campground near Lake Oschwald. The thrift store is one of the St. Ambrose church properties open to visitors.

Even with these renovations, the main St. Ambrose Church building remains run-down and deserted, with only a temporary roof left to shelter curious visitors during the summer. Despite its mysterious and slightly creepy history, the St. Ambrose Church in Wisconsin is a marvel to both visitors of St. Nazianz and long-term dwellers. The building is now a former shadow of itself with dimly lit windows and shabby structures but is still magnificent and full of history.