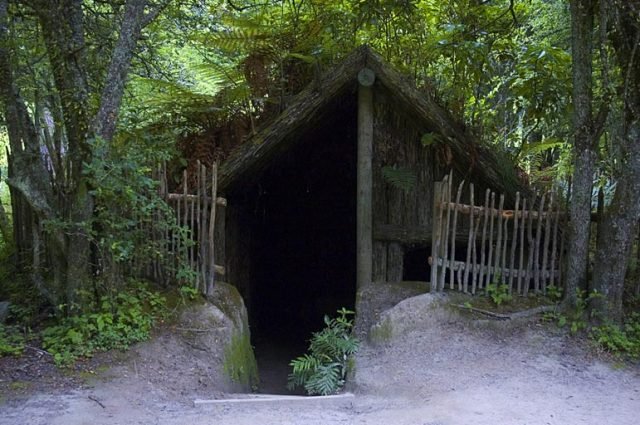 Te Wairoa, also known as the Buried Village, is a deserted village in New Zealand as a result of the Mount Tarawera volcanic eruption that affected the city, Rotorua. The event has been deemed New Zealand’s greatest natural disaster to date.

The Eruption Of Mount Tarawera

The eruption took place in the early hours of June 10, 1886. Shortly after midnight, villagers were woken up by a sequence of nearly 30 earthquakes. After several hours of persistent shocks, a final, much larger one was felt. This was then followed by the sounds of massive explosions, which caused many to flee the village.

These explosions were only the beginning of Mount Tarawera’s deadly eruption, which reportedly lasted nearly four hours, ruthlessly covering the village with mud, ash, and rocks. At about 2:30 am, the volcano’s three peaks erupted, blasting smoke and ash thousands of meters into the sky in three columns, giving off an unusual lightning display.

The final phase of the eruption consisted of a pyroclastic surge, which destroyed everything within a 6-kilometer radius of the volcano. Tephra, measuring approximately 2 cubic kilometers, erupted.

Experts have estimated that about 120 to 150 deaths occurred from the catastrophe. Many of whom were people residing in villages closer to the volcano. Recent research, along with eyewitness accounts of the event, describes the eruption as resembling a pot of water boiled over.

The History Of Te Wairoa

The ghost town of Te Wairoa is located close to the shore of Lake Tarawera. This is the largest out of a series of lakes surrounding Mount Tarawera in New Zealand’s North Island. The village was inhabited and founded by the Maori and Europeans nearly forty years before the disaster.

Effects Of The Eruption

The eruption impacted many of the surrounding bodies of water. It dramatically altered Lake Rotomahana in size after the disaster. This lake was the largest crater involved in the eruption that refilled with water, due to its enlargement over time.

Mount Tarawera split after the eruption and created the Waimangu Volcanic Rift Valley. The land surrounding the mountain was covered in ash and debris that measured about 20 meters thick, covering and flattening forests and wildlife.

Settlements surrounding the Ariki arm of Lake Tarawera have been deemed destroyed by the volcanic disaster. These settlements, known as the Ngati Rangitihi and Tuhourangi settlements, included Moura, Koutu, Kokotaia, Piripai, Pukekiore, and Otuapane.

Other villages that were either buried or completely destroyed included Tapahoro, Te Wairoa, Totarariki, and Waingongoro. The people within these villages immediately became refugees in their own country for generations to follow. 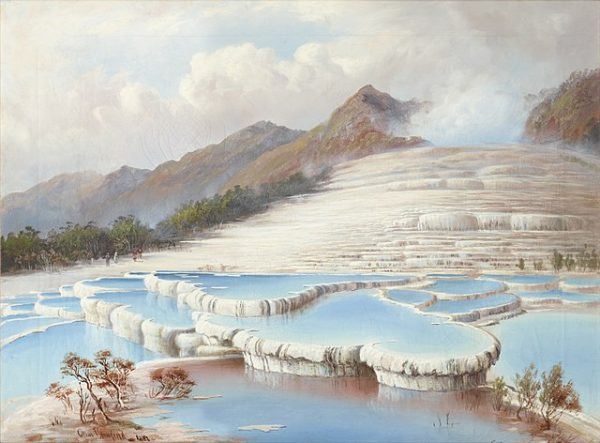 The village was famously known for the mysterious Pink and White Terraces. These beautiful hot spring terraces were a major tourist attraction for reportedly being the largest silica sinter deposits on earth, attracting many visitors from overseas.

The terraces were once regarded as the eighth natural wonder of the world but were destroyed during the eruption along with the village of Te Wairoa. The terraces formed over the course of thousands of years, resembling giant staircases. The pink terrace was mainly used for bathing.

A research team recently rediscovery a part of the Pink and White Terraces after mapping the lake floor. The announcement of this monumental rediscovery in 2011 marked the 125th anniversary of Mt. Tarawera’s eruption in 1886.

The buried village is open to the public as a tourist attraction. Relics that have been discovered following the eruption have been put on display at a museum within the village. Excavated ruins can also be viewed along with a history of the eruption by the guides. The museum can be located on Tarawera Road, which is about 14 kilometers southeast of Rotorua.

Hinemihi, a Maori meeting house that aided villagers during the eruption, can also be toured. The shelter was relocated in 1892 to Clandon Park as a garden building dedicated to William Onslow, 4th Earl of Onslow. He held the position of governor in New Zealand from 1889 to 1892.

Urban legends have been relayed over the years involving claims of a phantom canoe that was witnessed eleven days before the eruption. A boat full of tourists leaving the terraces claimed to have seen a war canoe approach their boat, only to disappear shortly after.

Strangely, nobody around the lake owned such a canoe, and they haven’t been able to track it down. Several letters from the tourists that experienced the event have been published, and tribal elders insist that it was a Waka Wairua. Legend tells that these spirit canoes signal doom. Many skeptics have challenged these claims, but the event remains a mystery.