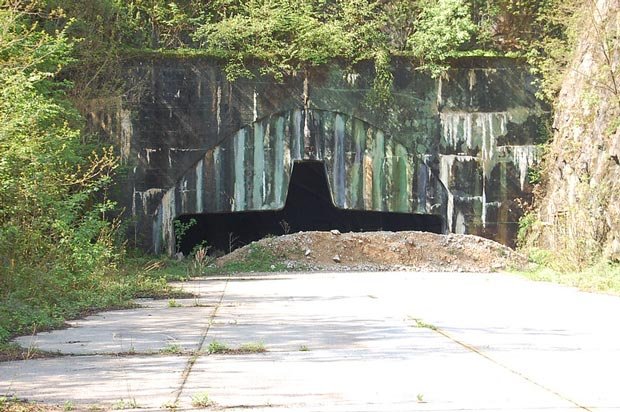 There are a lot of historical places in Europe to visit where you can learn quite a lot about the past. One of those places in the southeast is the long-abandoned Underground military Air Base known as Zeljava.

It was strategically hidden behind mountains and located near a number of important facilities, including Europe’s Plitvice Lakes. This underground air Base holds a lot of secrets about what happened during the Croatian War of Independence and very few people know about its significance.

When was the Zeljava Underground Air Base Built?

Hidden in the center of different military facilities and numerous airfields nearby, Zeljava Underground Air Base, is considered to be one of the largest, hugely complex and extremely expensive underground airports in Europe. Some people believe it was built by the Yugoslavian government between 1946 and 1968 while shrouded in complete secrecy. It fully functioned until 1992.

After this, it was abandoned by the Communist government during the civil war between Serbians and Croatians. Since then, it is now only guarded by the border police and no military installations are welcome near the border.

What Was Its Purpose?

This important former military airbase lies on the border between Croatia and Bosnia and Herzegovina. The military airbase’s official code name is “Objekat505,” though it is informally sometimes referred to as the Bihac airport since it is located near Bihac city. It’s said that the construction of the Underground military Air Base, which was seen as a centralized control area that had secure forms of communications, was built with the sole purpose of establishing countrywide early warning systems, and was meant to defend the country against external attacks.

This project saw the Yugoslavian government use an estimated 6 billion dollars, building a complex design able to sustain a direct hit from a nuclear bomb.

Zeljava Underground Air Base was constructed with four entrances with pressurized retractable doors and exits all capable of neatly launching MiG fighter jets. One of those entrances has an exit which leads directly to the Bosnian side. Steer clear of this particular exit unless you want a run-in with the law. Otherwise, you might be accused by the Bosnian police of trying to cross the border illegally! 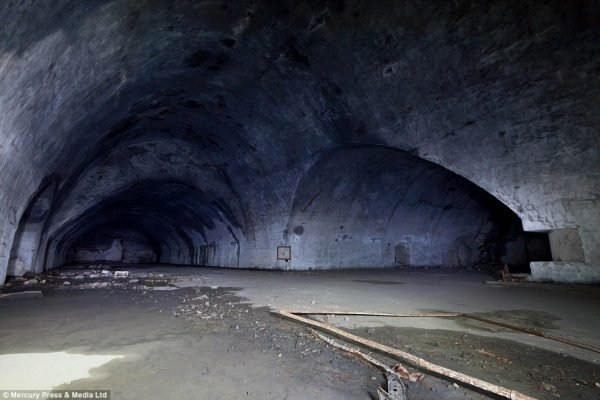 The Underground mess hall was purported to be large enough to feed more than 900 people, and it stocked enough supplies, firewood, and arms to last a month without needing to ask for a resupply. Zeljava Air Base also has two underground tunnels which had aircraft squadrons, plenty of underground water supply, and a power generator.

Destroying the Air Base

Unfortunately, no one had planned for Civil war and when it broke out, this massive airbase ended up being destroyed by the Serbians following instructions from the great Marshal Tito himself to stop the Croatians from getting their hands on the facility during the civil war, where thousands of innocent people were killed and thousands more left homeless.

To destroy the facility, they set off built-in explosives and the entire demolition took roughly about a year. Currently, only the police use it to train their K9 on how they can retrieve the explosives.

During this period, aircraft and other equipment were transferred to airbases in Serbia as well as several affected civilians who were also moved to Serbia for safety and anything else that could be mined. Whatever was not salvaged was permanently destroyed in 1992.

The cold and humid facility which once housed plenty of MiG Fighter jets now lies silent and completely abandoned, with no hope of reconstruction due to the huge financial budget it would require. It now only boasts of rusting and rotting bullet-riddled planes and missiles, huge dangerous holes, wheels, and metals on the floor and ceilings which were severely damaged by the explosives used. Be vigilant as they look like they can curve in at any time. 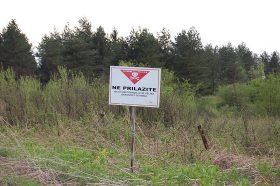 The military base’s tunnels are completely dark, and the air is quite dusty and polluted from all the charges deployed in the base which destroyed it from the inside. And even though the Underground Air Base is no longer functional, it is important to note that there are still a lot of active minefields. Visitors are advised to stay on the road and not to venture into any of the restricted areas.

To access the facility now, you need to have or at least hire a car since no buses go to that particular area. It’s also a good idea to hire a tour guide for your safety and security as there have been many lives lost around the area near the minefields.  These tour guides will save you a lot of time and most of them are well-known to the police on patrol. They can help you translate and understand area maps so you can focus on enjoying your visit.

This isn’t your average museum tour. You’re going to want to come prepared with some serious supplies. First of all, carry powerful flashlights and back up batteries to help you navigate through the darkness inside the Underground Air Base. You’ll also need warm clothing to keep you comfortable inside the cold, damp building. And most importantly, wear sturdy shoes to protect your feet from stepping on any sharp steel or metal shrapnel.

Unfortunately, this airbase may not be the spot to visit if you have a fear of enclosed places. The long, dark tunnels can feel cramped. Carry a mask to shield yourself from the dust and toxic fumes. And make sure you carry your passport and identification with you, as the patrol police officers are constantly checking the facility. Above everything else, come prepared to learn and explore this historical site.