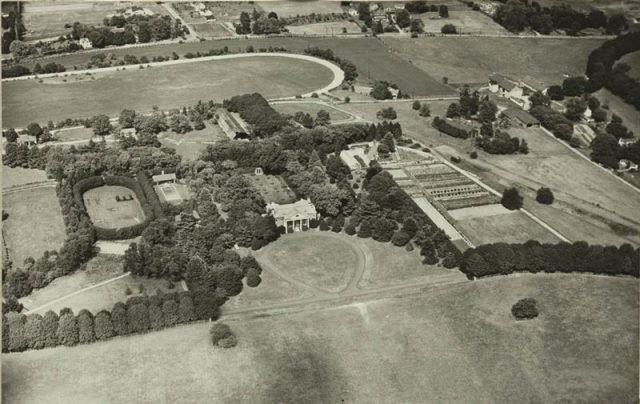 On January 26, 1996, America saw the tragic end of one of its most bemedaled Olympic wrestlers, Dave Schultz. He was killed by the hands of his improbable murderer, du Pont family fortune heir, and philanthropist, John du Pont.

The reclusive scion first caught the public’s eye after donating over $3 million into U.S. Wrestling and starting FoxCatcher Farms, a factory of wrestling champions that Dave would later manage. But none of this mattered when du Pont opened fire at the wrestling icon. His motive remains a mystery.

Who Was John du Pont?

John Eleuthère belonged to one of the wealthiest broods in America, the du Ponts of DuPont Chemical & Energy Operations Inc. The family’s default riches lent him a rather cold and solitary childhood. He found solace riding thoroughbreds in their prodigious Pennsylvania farm or ogling at avians and other fauna.

Before sunset, he would retreat into the family’s mansion, a place none the warmer for the lonely progeny, whose far older siblings barely even looked at him. The only concept of a relationship he had was with his chauffeur, whom his mother paid to stay “friends” with him.

An odd duck from the beginning, John founded the Delaware Museum of Natural History as soon as he finished a doctorate in natural sciences. Still, nothing proved meaningful for the young du Pont, who also kept dabbling with different sports and even ended up on the Olympic pentathlon team in 1976.

As a young boy, John suffered a horse-riding mishap that cost him his two testicles, which kept him away from any contact sport forever, including wrestling. It’s believed that this added to his deep insecurity and created a hole that he would spend the rest of his life fixing.

Nevertheless, du Pont felt a pressing need to participate in wrestling as much as he could, even if he couldn’t be the wrestler himself. In 1985, he put up FoxCatcher Farms on the family’s estate and devoted himself to churning the greatest wrestling champions the world would ever know, much to the zeal of the wrestling community. Finally, somehow, du Pont felt a sense of purpose.

The first Olympian du Pont hired to lead his team was Dave’s brother, Mark, but it didn’t take long before the older Schultz decided to quit. Mark loathed how du Pont handled him like a property with a six-figure monthly price tag – and didn’t hesitate to show it. In 1988, he stopped his own victory at an Olympic trial match in Pensacola, Florida just to pique du Pont. Two years later, Dave had taken over his brother’s place on the team and would soon be known as FoxCatcher’s softhearted coach.

Aside from Mark and Dave Schultz, no other freestyle wrestling brothers had bagged medals both at the Olympics and the World Championships. Dave went on to become a World and Olympic medalist seven times in a row, and that’s on top of gaining a reputation for being wrestling’s very own Mr. Nice Guy. In the end, this led him to accept du Pont’s offer to lead team FoxCatcher despite his brother’s unencouraging words.

Everyone felt Dave saved the team as no one else was excited about going. Meanwhile, du Pont became harder and harder to deal with, let alone relate to, and Dave Schultz became the only human who could come close enough to taming him.

Du Pont’s mother’s death in 1988 sent him on a downward spiral that soon gave way to visions of Disney characters romping around the estate and suspicions of geese casting a black spell on him. He discarded all treadmills in the property, believing they reversed time, and hired security to scan the property for spying trespassers, including behind walls and underground.

Drugs and alcohol were believed to be the cause of duPont’s mental decline, but in any case, it was clear that team FoxCatcher had gone haywire. Du Pont fired three wrestlers on a whim, including Kevin Jackson, announcing the camp was now a white supremacist group that repelled black wrestlers. Dan Chaid cowered as an unprovoked du Pont pointed a machine gun to his head. This environment took a toll on the entire camp and made it a torture den for everyone.

While Dave was the closest to John at FoxCatcher Farms, he was no bootlicker and was never afraid to speak his thoughts, even if it meant jabbing at his moneyed boss’s ego. The story goes that this drove du Pont to develop an irrational, baseless fear of his team manager, which might have contributed to the murder.

Then again, no one really understands why John picked up a 44 magnum and hatched his plot. All the world knows is that he killed Dave in cold blood, and his wife only had three words for the 911 operator who asked why: because he’s insane.

Justice came relatively easy for Dave Schultz and his family, with the du Ponts pinning the blame on John’s security adviser, Patrick Goodale. They accused Goodale, who literally – and perhaps figuratively – drove du Pont to his prey, by bleeding the heir of his money while enabling his schizophrenic tendencies. He made him a monster as the world looked on.

Mark, Dave’s brother, reeled from his own personal misery as the movie FoxCatcher showed in cinemas and depicted him as du Pont’s lover. As soon as Mark saw the final cut, he set Twitter ablaze and didn’t stop short of writing the director, lambasting the movie for its lack of accuracy.

Mark’s anger soon fizzled out but without undoing the harm. National media had started plucking scenes from the film to develop stories that somehow sealed him as the paramour of his own brother’s murderer.

The best consolation was the jury’s rejection of du Pont’s insanity plea, although they did acknowledge his mental illness – just that he wasn’t ill enough to be declared insane and exonerated.

Du Pont was sentenced to 30 years in prison and became the first and the only member of the Forbes 400 richest Americans pack ever to be convicted of murder. At 72, thirteen years into incarceration, John du Pont died of chronic obstructive pulmonary disease in his prison cell.