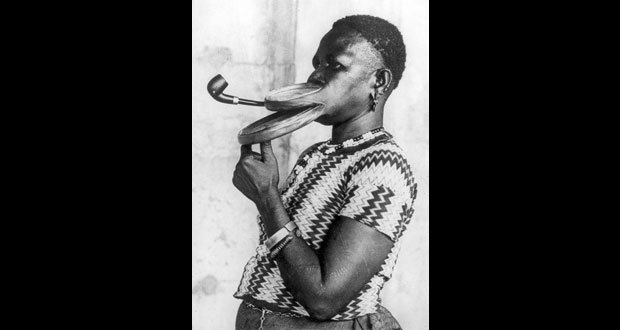 Madam Gustika was a performer in a freak show. That fact has come to define her memory, but there was so much more to her than that. She was famous for having stretched lips, which was considered extremely bizarre for the time.

But what is bizarre?

To Madam Gustika, her lips were completely normal because that was part of her culture. 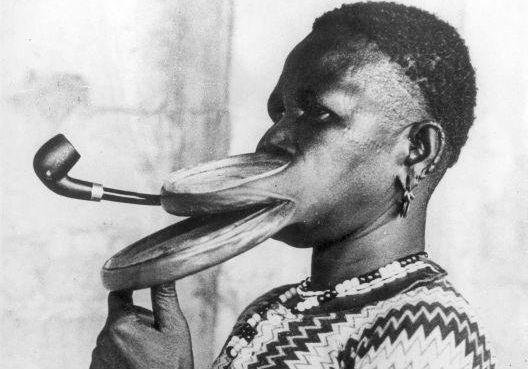 Her fame revolves around a photograph taken on the 12th April 1930 that shows her smoking a pipe. By placing ever-larger disks between her gums and her lips, she was able to stretch her lips to about 8 inches or 20 cm out from the rest of her mouth. While we don’t know much else about her, we’re certain that she appeared in a freak show, probably on Coney Island. 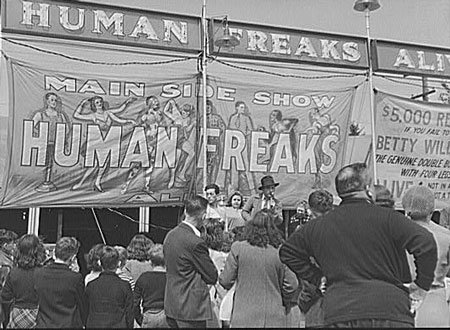 This would’ve probably been the first time people had seen someone who was born in Africa and raised in a 100% African environment. People weren’t used to seeing such people in those days, so it caused a lot of excitement when she first appeared in the United States.

This was when freak shows were still popular because T.V. had just been invented and had not yet reached mainstream acceptance. There was still a niche market to be exploited, and this was a time was when people would go to Coney Island and see the various amusements on the boardwalk there.

Working-class people couldn’t afford to go overseas on holiday, so seaside attractions or picnics were the main recreational activities in those days. Seeing people from different areas of the world was one of the main draws for the local audience.

Where Did Madam Gusitka Come From?

Madam Gustika was probably from Ethiopia. However, people like her were erroneously described as being from the Ubangi tribe because it sounded exotic and was easy to pronounce. Madam Gustika was billed as being a member of the Duckbill tribe, but not much else is written about her.

The fact that she was smoking a pipe in the photograph made her relatable, even though her pipe was a western model. This was probably a gimmick to show that she could still use her mouth because the practicality of having enlarged lips must be questionable.

Why Were Her Lips Stretched?

A lot of tribes around the world used plates in their mouths to stretch their lips. Such discs were often made from wood or clay because these were the materials that were readily available. Practices like these continue to this day in Ethiopia among the Mursi and Suri women. In other tribes, the practice has been discontinued.

Historically, the practice of lip stretching could be gender-specific and either be a symbol of identity or a sign of beauty as well. As these tribes came into contact with the wider world, their priorities changed, and inevitably parts of their culture like beauty modification were lost to history.

Even in these unique cultures, times change, and preserving something for its own sake can become a burden to those people who don’t care about tribal identity as much as their ancestors did.

Moving Away From Freak Shows 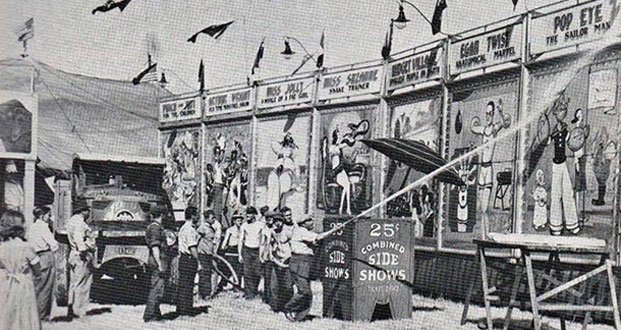 The days when Ringling Bros. and Barnum and Bailey ran freak shows are over, but they still occupy a niche market. Such shows are good for one night, and then the public loses interest, which is what happened to the freak shows that peaked in popularity decades ago. Such acts are now seen as exploitive and lacking dignity.

The idea that people could be different can be a profound shock to westerners. But the process goes both ways – people who aren’t used to other cultures can suffer from culture shock just as much as we can.

Thankfully we live in a more enlightened era, so such spectacles as Madam Gustika are almost a thing of the past. The real “freaks” were in the audience and not on the stage. Hopefully, Madam Gustika led a happy life, and we can learn from the mistakes of the past.