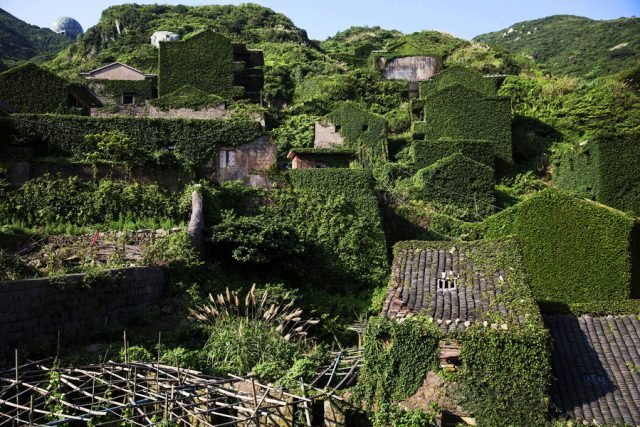 Houtouwan is located north of Shengshan Island, which is one of the 400 Shengsi Islands. The village lies atop cliffs and mist-shrouded mountains adjacent to the sea obscuring the horizon.

People began settling in the village in the 1950s when the Chinese fishing industry and the fish market was booming. By the last quarter of the 20th century, the village had been inhabited by more than 2000 people majority of them being fishermen.

Factors that led to the mass migration 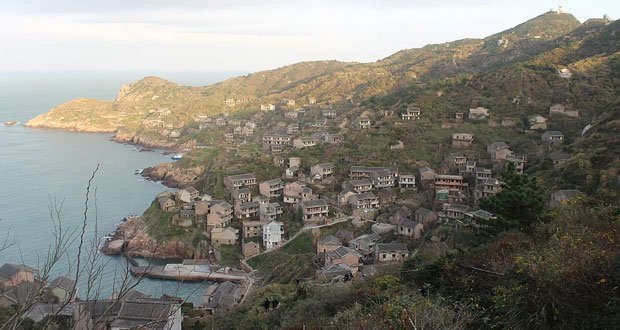 The growing competition from nearby Shanghai led to the decline of fish stocks, which was the primary source of livelihood for the locals. Also, poor enforcement of fishing regulations at the time led to problems with food delivery, which in turn contributed to the mass migration. Hence, residents relocated to the nearby modern cities such as Shanghai to access better services. The locals have since named it Wurencun, which means no person village. 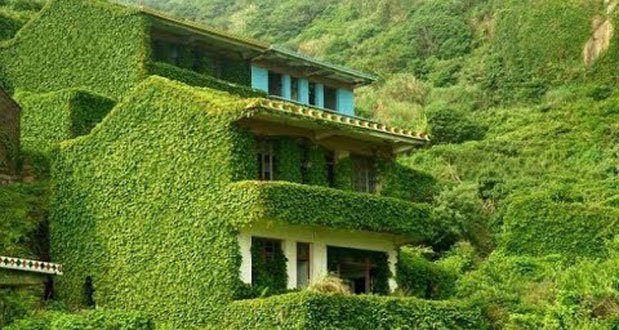 Mother Nature slowly reclaimed its belongings, and soon after, greenery swallowed up the uninhabited village. The dilapidated houses became ivy-covered after the great exodus of residents. The then-popular fishing village is now blanketed with greenery and covered in creeping vines. The ghost town is now filled with an eerie silence save for the chirping of birds, mosquito buzz, and the ocean breeze. 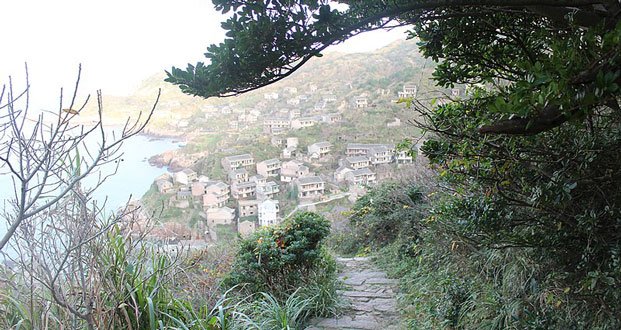 Houtouwan rose to fame in 2015 when a number of fascinating photos of the abandoned village went viral online. It instantly became an Internet sensation and a travel hotspot for nature lovers. Soon after, there was a surge of tourists from the mainland to the deserted village.

As a result, government officials of Shengshan Island had to come up with a few measures to control the number of tourists visiting the village daily and find ways to monetize it. This led to the setting up of a viewing platform that tourists can access for only $3.

Moreover, tourists can hike around the village for a ticket price of $8. Warning signs have been erected to caution tourists from entering dilapidated structures. In addition, places of accommodations have been set up all around the island. 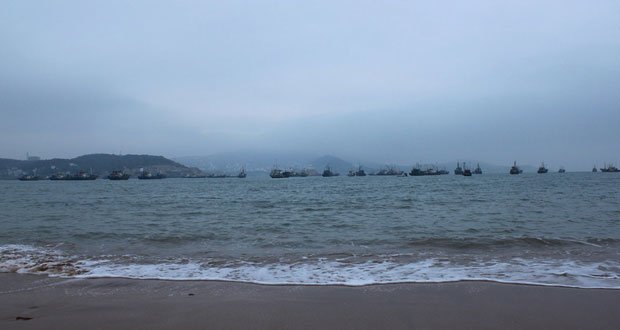 Tourists are advised to plan their trips to the deserted village during summer for the best experience. Popular activities that can be undertaken by tourists in the abandoned village often include hiking, photographing the dilapidated buildings, and sunbathing on the beaches.

How to reach Houtouwan village 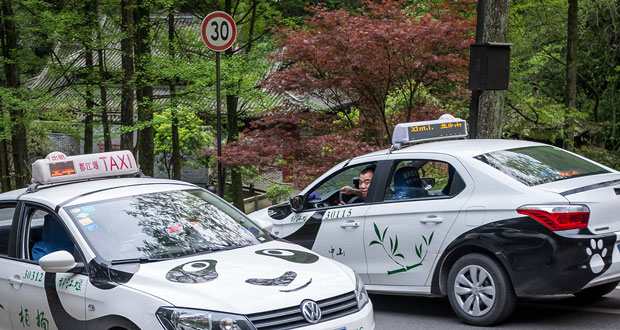 Getting to Houtouwan from mainland China is a bit hectic. From Shanghai, go to the Nanpu Bridge bus station and get a bus or taxi to take you to Shenjiawan Dock. The journey usually takes around 90 minutes to reach the Shenjiawan Dock.

You can either take the Zhoushan Shenjiamen Banshengdong Dock ferry that departs at 7 a.m or the Shanghai’s Shenjiawan Pier dock ferry that leaves at 9:15 a.m. The journey to Gouqi Island takes about 90 minutes via ferry, while boats take up to four hours of travel time to Shengshan. It is advisable to reserve a return ticket if you plan to stay overnight on the island.

To access the village, tourists must travel by boat to Shengshan then take a taxi up the hill to a cemetery that overlooks the village. Upon reaching the cemetery, you’ll have to descend on foot. Once you arrive in Houtouwan village, you’ll see snaking dirt roads that connect the abandoned structures. Most of the paths connecting the crumbling buildings are impassable except for stray dogs.

Most verdant village in the world

The first impressions of the picturesque village are gleaming roof tiles, and broken verandas of story houses wound by vines. You’ll see shadows of architecture and man-made structures reclaimed by nature. It is the perfect representation of man versus nature and an instance where nature has triumphed against civilization. 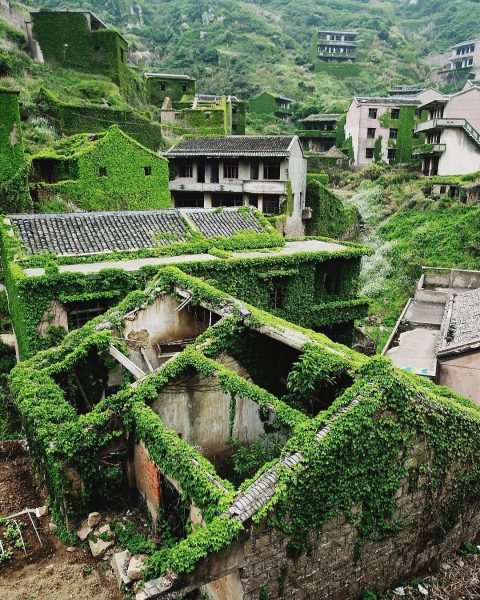 There’s a blocked path over the ridge that is deemed “too dangerous” and is off-limits to visitors. The handful of residents remaining in the village often act as tour guides and sell drinking water to tourists as a source of income. Hiking and exploring the village usually takes a few hours.

Today the once-bustling fishing village has become a popular tourist attraction site for its unique devastation drawing tourists from the mainland. Tourists are attracted to the beautiful remnants of the ghost village.

Homes severely damaged by weather and abandoned buildings are now engulfed by nature. The abandoned fishing village is a representation of a broader migration trend of the Chinese people who migrate from rural areas to urban cities.