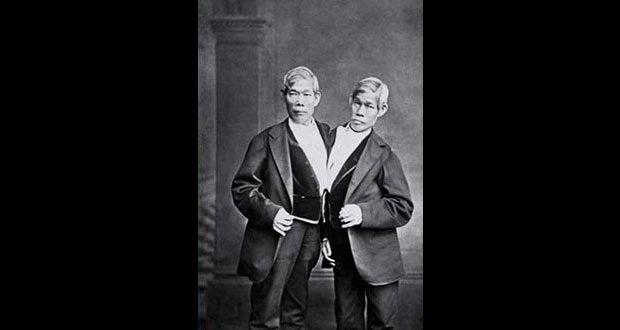 Chang and Eng Bunker were Siamese-American conjoined twins born on May 11, 1811. They are most widely recognized for coining the phrase “Siamese twins,” which is generally used to this day to refer to conjoined twins. Little was known at the time about conjoined twins, and because of its rarity, they were two of the most widely studied humans within the 19th century.

Chang and Eng were born in what we today know as Thailand. They were joined at the sternum by a band of flesh and cartilage about five inches long and nine inches in circumference. Their livers were also connected. Upon consulting various medical professionals, the brothers were urged not to attempt surgery to separate them. At the time, medical technology was not advanced enough for a successful operation.

Their Life in the United States

Chang and Eng left for the United States in 1829. They were only seventeen years old. Their popularity skyrocketed after they became heavily involved in “freak shows.” However, after three years of consistent involvement in shows, they decided to tour on their own. They quickly found financial success. Upon their departure, they expressed that their managers had been cheating them of money. 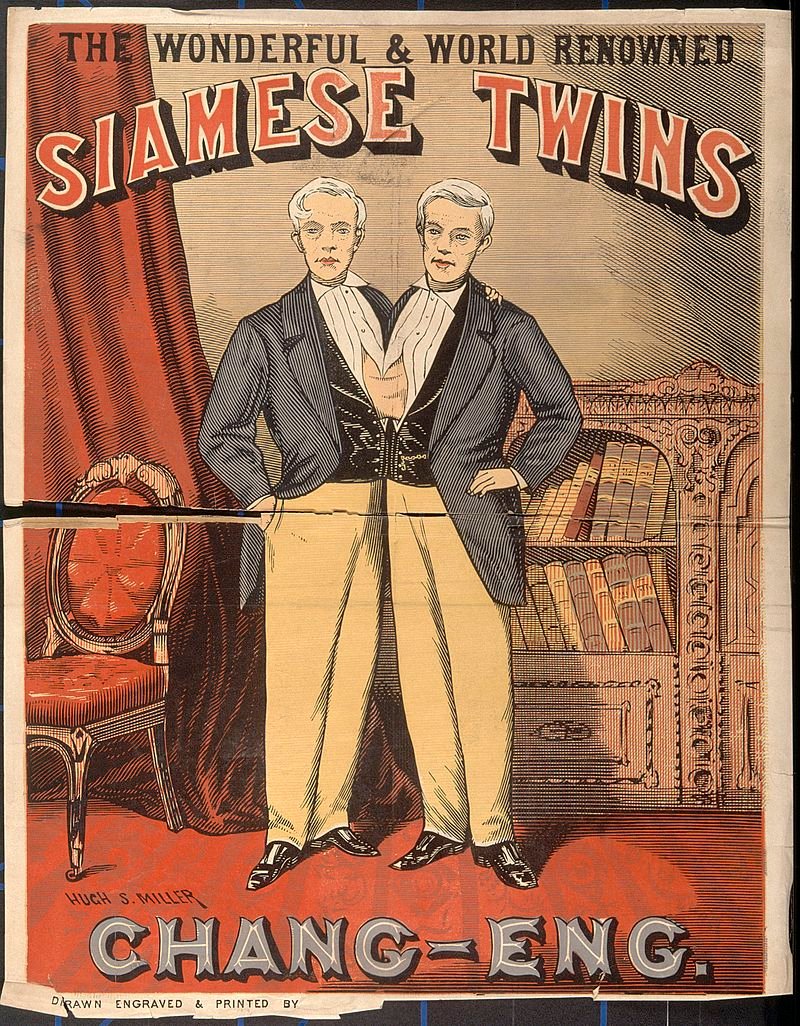 The brothers often performed athletic stunts, including running, somersaults, and swimming. They also played checkers and performed parlor tricks. Tickets for the show cost about 25 cents, and souvenirs, such as pamphlets or drawings of the men, were often sold at the shows as well.

In 1839, after nearly a decade of touring, the brothers decided to settle down and quit their current lifestyle. They moved to North Carolina and became citizens of the United States. Chang and Eng married local sisters and raised 21 children. Many of their children ultimately ended up touring with their fathers once they came out of “retirement.” 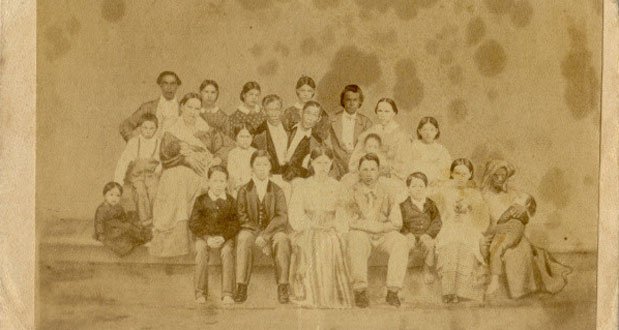 The brothers even owned slaves in North Carolina up until the end of the Civil War. In the years following the war, they lost their slaves and a portion of their wealth as well. This is ultimately what caused the brothers to continue touring. However, many audiences in the north were unsupportive of them due to their slaveholding practices in the south.

To combat this continuous criticism, the brothers presented themselves as old men with many children who simply supported their state during the period. They were even outspoken about several of their sons who were harmed during the war, even though they were part of the Confederate States Army. This made the audience angry. Many believed the men were attempting to take advantage of them. 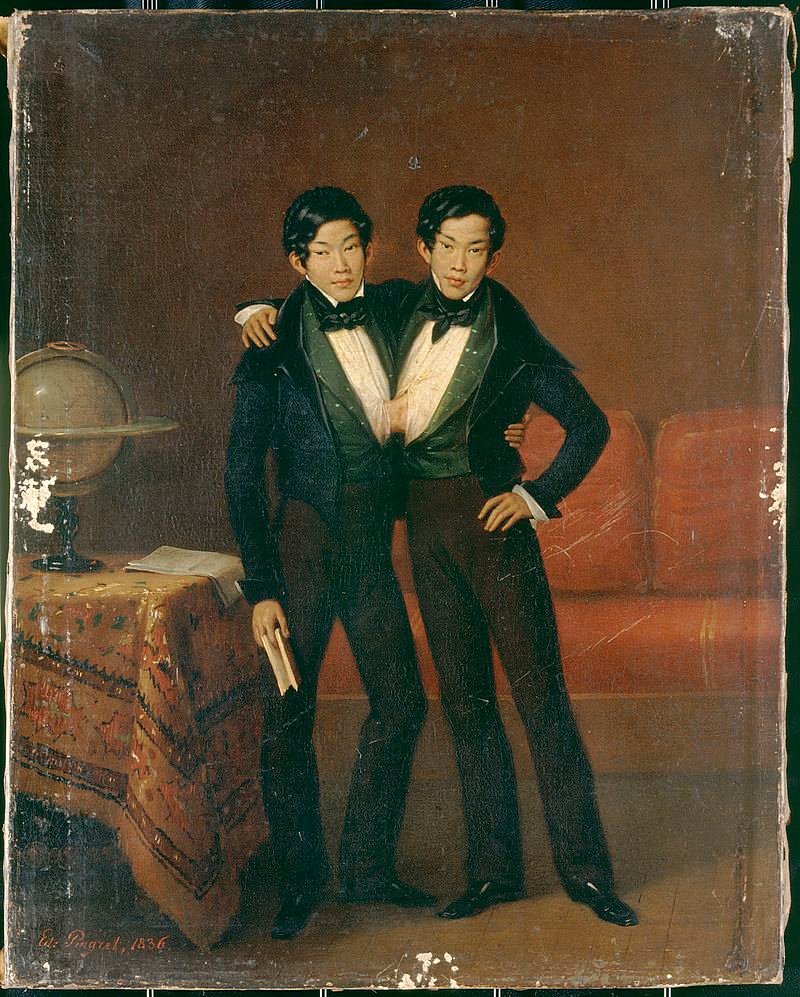 In 1870, Chang and Eng visited Russia and Germany with plans to explore other parts of Europe. They returned home soon after to avoid the Franco-Prussian War. During the journey back home, Chang suffered a stroke on the ship and his right side became paralyzed. As a result of Chang’s medical condition, the brothers decided to retire from touring altogether, even though Eng remained in good health. Chang’s condition continually deteriorated and he began drinking heavily. Eventually, his right leg was slung.

Chang developed bronchitis four years later in January 1874. He was urged by medical professionals to stay indoors to avoid the cold weather. Still, against this advice, the brothers traveled to Eng’s house on January 15, further exposing Chang to harsh weather.

The next day, Chang appeared to have recovered from the previous day of travel. However, that same night he found himself having difficulty breathing, so they decided to sit upright in a chair for the night. Eng quickly became paranoid about spending nearly an entire week with his brother being ill and urged Chang to lay in bed instead.

The Death of Chang and Eng 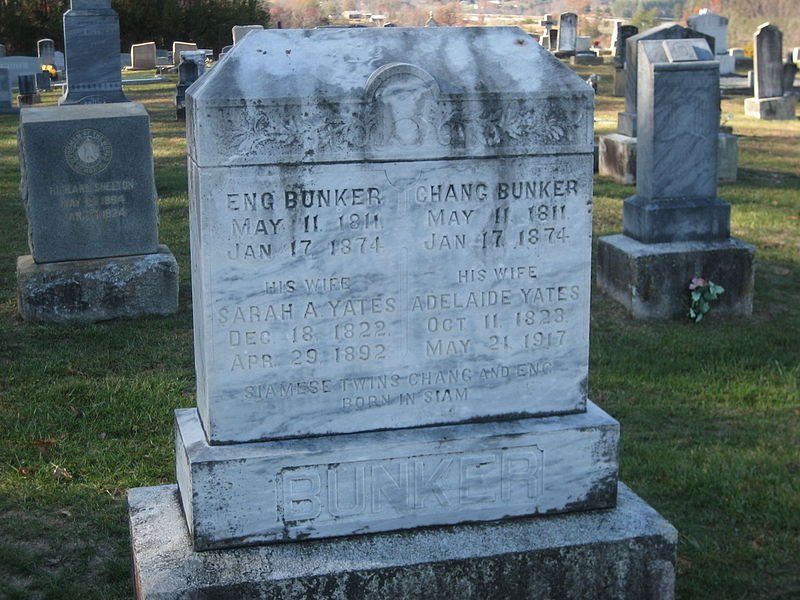 Early the next morning, one of Eng’s sons came to check on the twins. He found Chang dead beside his brother. Still alive, Eng expressed that he must go also. About two hours after Chang’s death, Eng passed away before the family physician could assist him.

Chang and Eng’s body was autopsied and researched following their death. They are buried in North Carolina. Their fused livers are currently displayed in a jar at Mutter Museum in Philadelphia.