This is our “Greatest Hits” album. Track our top ten most popular articles (ranked by hits).

Click the title for a link to the article

A supercollider is a large ring designed to accelerate particles of protons and anti-protons until they collide, the purpose being to create high amounts of energy. In the mid 1980′s, the United States wanted to construct the largest particle collider in the world. What was to be called the Superconducting Super Collider (SSC) began as an idea in 1983.

By 1987 Congress had approved the $4.4 billion dollar budget for the project, and by 1991 a site had been chosen in Texas and construction began.

2) Derinkuyu & The Underground Cities of Cappadocia

3) The Story of Gennie Pilarski

Genevieve “Gennie” Pilarski quietly passed away in her nursing home room one September day in 1998 at the age of 79.  Few noticed or cared as she had been a prisoner of Illinois state mental institutions for over 50 years.

In the early 1970’s the Varosha quarter in Famagusta, Cyprus was one of the Mediterranean’s most glamorous and popular tourist destinations. The bright blue waters and beautiful sandy beaches were draws for such celebrities as Elizabeth Taylor, Richard Burton, Raquel Welch, and Brigitte Bardot among others. Population grew to about 39,000, but by the end of 1974 the town would be conquered by Turkish troops, fenced off completely, and have a population of zero.

5) Largest Abandoned Factory in the World: The Packard Factory, Detroit

Packard was once a premier nameplate in the United States, mentioned in the same breath as Duesenberg, Cadillac, Pierce-Arrow, and Lincoln. The crown jewel for Packard was the Packard Factory, a 3.5 million square-foot complex sprawling across 35 acres.

In the years following World War II, the Packard Motor Car Company struggled to keep pace with the larger automakers that had been buying-up the smaller companies to form “the Big Three.” Those not part of the Big Three had to merge to stay competitive: Kaiser and Willys formed Kaiser-Willys, Nash and Hudson formed American Motors, and Packard joined forces with Studebaker. The experiment was short-lived, however, and Packard plunged into bankruptcy soon after.

6) The Last House on Holland Island

Built in 1888, this Victorian home from a different era has braved the elements and fought shoreline erosion on Holland Island in Chesapeake Bay for well over a century. Despite former resident and owner Stephen White’s best efforts to save the house and protect the island, the waters would overcome both and erase them from the map.

Welcome to Forest Haven, one of the most deadly institutions in the United States.

This asylum for the mentally ill was built not far the nation’s capital in 1925, hidden in forested acreage away from the busy city center. The campus was beautiful, however care and treatment would deteriorate rapidly as the city’s budget tightened. Understaffing issues were common, and for decades reports of resident abuse and neglect went ignored.

The District treated Forest Haven like a dark secret nobody wanted to discuss. A combination of budget cuts and lawsuits eventually forced the institution to close in 1991 after 80 years.

But before Forest Haven was shuttered, hundreds of residents died and thousands more deteriorated while enduring a horrific quality of life. 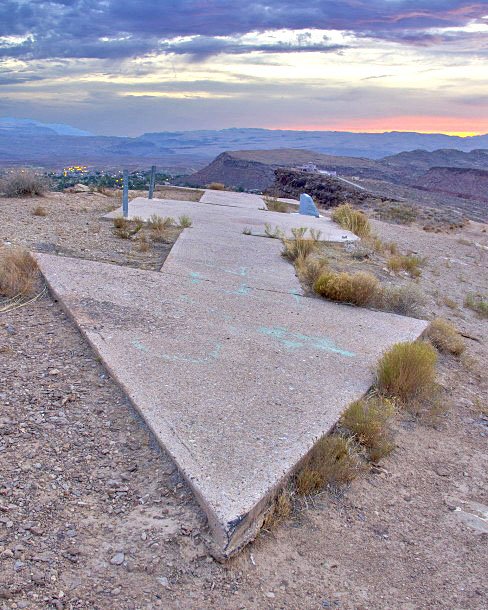 Scattered across the United States is a network of mysterious concrete arrows. They are often found in remote locations or areas difficult to access. Some will be accompanied by a small shack, a few have a metal tower affixed to their base. Many are in good condition while others have succumbed to nature. The shape and direction of the arrows vary, but it is clear they served the same purpose.

In a era before radar, pilots used ground-based landmarks for guidance. This solution worked for flight during the day, but grounded pilots at night. Before long, a system of beacons was established across the United States to guide airmail pilots around-the-clock. When radar and radio communications made the beacons obsolete years later, most were torn down and abandoned. 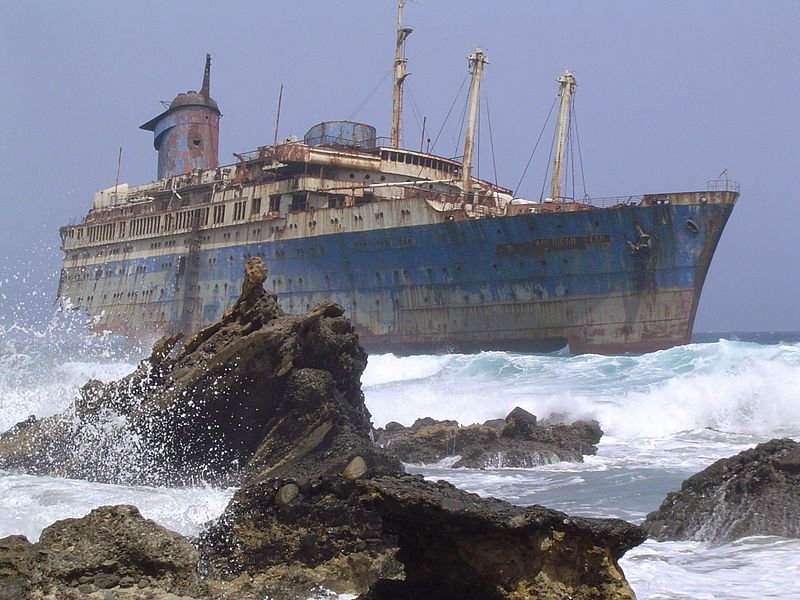 Plans for the S.S. America were laid down under the first Maritime Commission contract on August 22, 1938. The builder was to be the Newport News Shipbuilding and Dry dock Company, in Newport News Virginia. The America was designed by noted naval architect William Francis Gibbs and constructed for the United States Lines company.  She was one of the few ocean liners of the time that had interiors designed by women.

The S.S. America was launched on August 31, 1939 and was sponsored by Eleanor Roosevelt, wife of the President of the United States.  The America served her owners faithfully for 55 years until she was finally run aground in the Canary Islands in 1994.  To this day she sits there stranded, deteriorating. This is her story.