Jane Rebecca York is most widely recognized for being the last person convicted under the Witchcraft Act of 1735. Parliament in the Kingdom of Great Britain passed the law to prohibit any person from practicing witchcraft. If found guilty, instead of being hunted or executed for his or her crimes, the person would be sentenced to imprisonment. The maximum prison sentence was one year. This act ultimately marked the end of the witch trials of the early modern period. Jane Rebecca Yorke was born on January 27, 1872, in England. She was a medium who practiced in Forest Gate, east London. Several witnesses claimed to have seen her conducting seances and summoning spirits of those she encountered on the streets.

Her conduct in public as a medium was not necessarily pleasant, and she was known to cause a ruckus. Complaints were commonly made to the police that she was cheating the public and capitalizing on wartime fears. This was due to Jane’s consistent use of war references during her seances.

Other witnesses claimed to have seen her frighten a woman on the streets by telling her that she saw the spirit of her dead brother. She also warned the woman that her husband’s life was in danger. This ultimately made the woman hysterical, causing witnesses to the exchange to become distrustful and fearful of Jane.

Aside from her direct interactions with the spirits of the people she met in public, she also made other predictions and assertions. One of her later magical claims was that she had the ability to summon widely recognized spirits including Queen Victoria with the help of her Zulu spirit guide. The Zulu are an ethnic group from South Africa primarily known for their ceremonial practices and unique belief systems.

She also predicted that the Second World War would end in October of 1944. This prediction was proven untrue. The war ended in September of 1945. 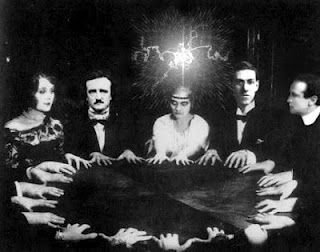 Once the police were informed of her practices, they decided to go undercover and pretend to be clients. They formulated a plan to ask about non-existent family members to catch her in the act of fraudulent storytelling and encounters with the dead. During these seances with the undercover police, Jane made detailed claims that these non-existent family members were burned alive during a bombing mission.

Jane states that she was provided with this information by her spirit guide. 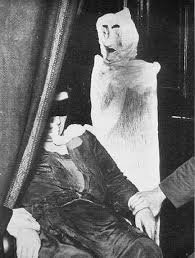 Law enforcement officials and the general public eventually caught on to her false narratives. She was officially arrested by police in July of 1944, her trial set in September of that same year.

The trial took place at London’s Central Criminal Court. She was found guilty on seven counts according to the Witchcraft Act of 1735. She was given a very light sentence due to her old age — she was 72 at the time of her conviction. She was sentenced to good behavior for three years and fined five pounds, as long as she no longer performed seances or scared the public with her vivid storytelling.

Was Jane Actually a Medium? 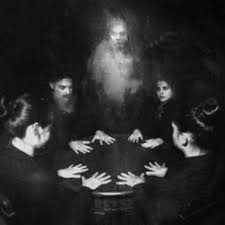 It is unclear whether Jane was a real medium due to the countless witnesses disproving her claims. What makes her story particularly conflicting are the comparisons of witness accounts between her story and those who preceded her.

Helen Duncan was the last person imprisoned under the Witchcraft Act of 1735. She was also a medium and frequently practiced her clairvoyant ability. What makes Helen and Jane’s stories different are witness accounts supporting Helen’s authenticity. The most unique aspect of Helen’s case was the use of ectoplasm during seances. Ectoplasm is described as a substance exuded from the ghostly body. However, it was still difficult to identify the substance as real due to lack of research and understanding at the time.

Unlike Helen, Jane had no concrete evidence to support her claims, leaving many to believe that she was a fake. Even to this day, little is known about unique spiritual abilities and research is still being conducted to study the phenomenon.

Jane’s trial marks the end of the western world’s witchcraft trials. The Witchcraft Act of 1735 was eventually phased out in the 1950s.