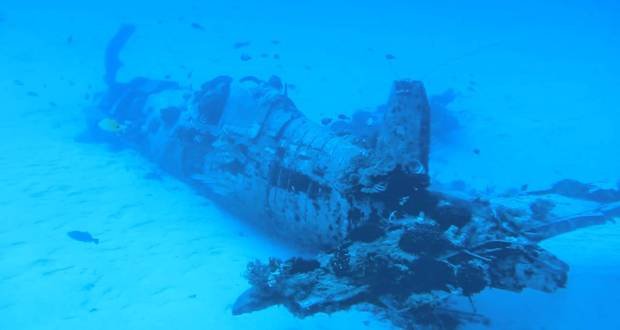 In Oahu, HI, the wreckage of ships, planes, or other large structures is often sunk deliberately with the intent of making an artificial reef. However, the sinking of the Vought F4U Corsair was not intentional but rather an accident.

The warplane Vought F4U Corsair crashed in 1945 during World War 2 after allegedly running out of fuel. Today, the abandoned wreck is located on the southeast side of Oahu, approximately three miles away from the Hawaii Kai marina. The wreck can be found at about 110 feet below seawater and is only accessible by boat, but only by professional divers granted access to the watery site.

What Happened on the Vought F4U Corsair’s Last Flight? 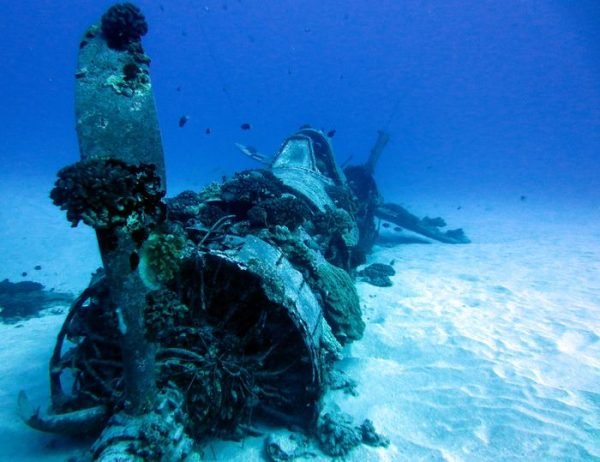 The Vought F4U Corsair was a Navy and Marine military plane with bent wings that emitted a unique sound during flight. Its approximate length was 33 feet, with a height of almost 16 feet. The plane was shipped to Oahu and assigned to the USMC, MAW-1, and MAG-12, among other departments.

One day, Lt. W. H. Holden took out this plane for a routine training mission from Molokai Field at Oahu to Ewa Field. Within twenty minutes of being airborne, the aircraft started sputtering, presumably due to a fuel shortage or other malfunction. Fortunately, the pilot maneuvered the craft to a smooth water landing before the engine could ultimately fail. However, the plane could not remain afloat and began sinking.

Luckily for the pilot, he did not go down with the plane; his lifejacket saved him. (See kids, always wear a lifejacket!) Lt. Holden was later rescued with only a slight cut on top of his right eye as evidence of his harrowing tale. The plane remains primarily intact, with the ocean gradually reclaiming it as its own.

The wreckage of the Vought F4U Corsair rests at a depth of over 100 feet, sitting on the sand surrounded by strong currents. The left wing of the Corsair has sunk into the seafloor, anchoring the wreckage from being washed away by the strong currents. Since the area is free from rocks or other natural structures, the wreckage is suitable for various marine creatures.

After over seven decades of sitting underwater, the Corsair plane wreck is a popular adventure site for divers and photographers. However, since the area has unpredictable and strong currents, advanced diving knowledge is a necessity. 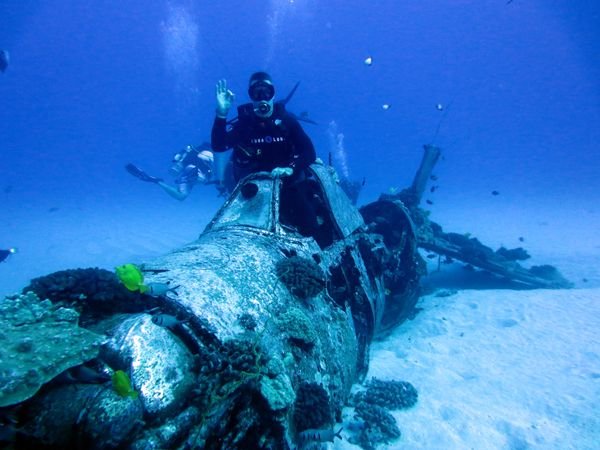 The wreckage of the Vought F4U Corsair has become an ideal space in the sea for housing several varieties of fish, turtles, and eels. The Corsair lies so deep with harsh currents that it only attracts hard coral colonies.

The popularity of the Corsair plane wreck grew in the mid-80s when the wreckage was featured in an episode of the US tv show Magnum. Since then, researchers, adventures, and diving professionals use the wreck as a place to photograph, visit, and study the effects of the ocean in the process of reclaiming a manufactured structure. 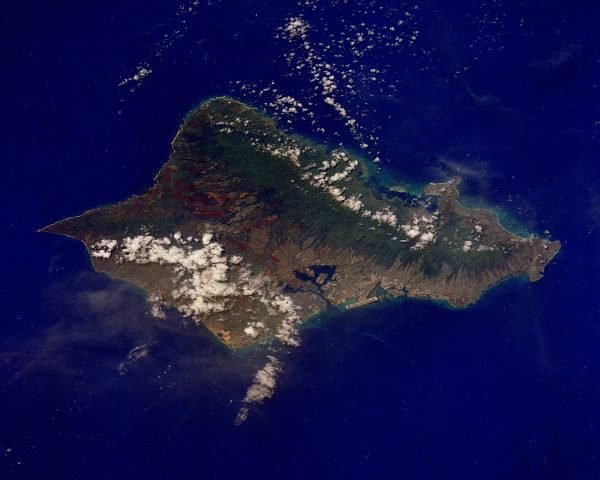 The best time to visit the Corsair plane wreck is during off-peak travel times. Usually, Oahu is less crowded during these periods, and hotel rooms are plenty and at affordable rates.

Visiting the site during winter may give you an unmatched experience. During the cold seasons, whales tend to seek shelter on or near the wreckage, making it a stellar place to watch herds of whales.

How to Reach the Underwater Vought F4U Corsair Plane Wreck

Accessing the plane wreckage is fairly easy from the Hawaii Kai marina. You will board a boat from Koko Boat Marina, which will sail off in the northwest direction. After traveling for approximately three miles, you will anchor and ready yourself to dive.

The area does have strong currents, so you will need to have a guide while touring. While anchored on top of the wreckage, you will descend an anchor line and swim for about 30 feet down towards the wreck.

As you approach the intact plane wreckage, you will notice its exposed wheels, indicating the courageous pilot’s water landing. You will also notice that the plane’s bent propeller, showing the brutal force that took place during landing and sinking.

While the plane failed Lt. Holden the day of the crash, Lt. Holden’s training allowed for his survival. And the sinking of the Vought F4U Corsair created an underwater attraction for sealife and humans alike.