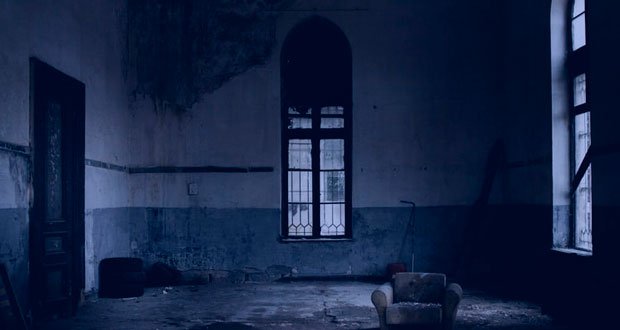 As one of the oldest parts of the United States, New England lays claim to many abandoned (and allegedly cursed or haunted) buildings. Most common among these are the many dilapidated hospitals and asylums that dot the area. For the curious tourist or believer in the supernatural, here are four large abandoned hospitals in New England.

While it can be tempting to want to explore these unique buildings, please be aware that they are likely not open to the public. Remember that urban exploration is a dangerous and often illegal activity. Please do not attempt this.

Located at 45 Hospital Rd in Medfield, Massachusetts, this facility, as with many of the abandoned medical facilities in New England, was a mental health institution. This group of three buildings was constructed over a series of eighteen years, from 1896-1914. It consisted of 58 buildings at its peak, though the Odyssey House, the Cottage House, and the Laundry Building have since been demolished. Also located on the campus is the Medfield State Hospital Cemetery, with over 800 graves.

Local police patrol the grounds, and trespassing during the night is strictly prohibited. However, the property is open to the public during the day and has even been used as a shooting location for films like The Box and Shutter Island. Videos and pictures of the state of the buildings’ interiors can be found on Youtube, as documented by amateur urban explorers. As one would expect, the time has not been kind to the insides of these structures. Wallpaper has peeled and curled, debris and dirt coats the floors, and graffiti lines many of the walls. In one inexplicably eerie picture, a nearly untouched and intact lobby adorned with couches and a blue patterned carpet remains as a look into the past. 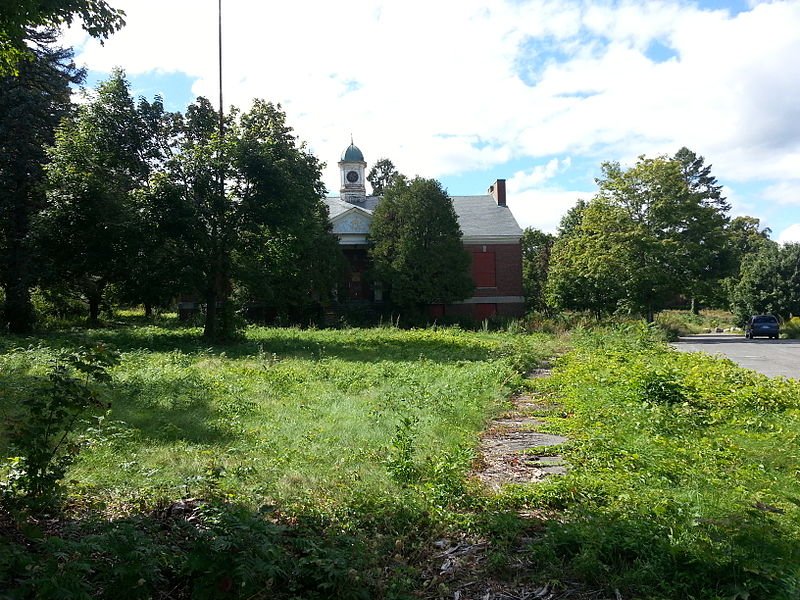 Built in 1922, the building is located on 6 Berkshire Ave, Belchertown, Massachusetts. This ‘School’ was one of the most notorious mental asylums ever created. Cruel and inhumane conditions for patients as well as down-right abuse of the mentally handicapped led to a litany of lawsuits that ultimately forced the facility to close in 1992. Further research will lead you to discover the heinous treatment, including so-called “medical professionals” ripping out healthy teeth to make it easier to feed the disabled.

It’s no surprise that the institute was rightfully shut down, and though several plans to demolish all the buildings and renovate the property for business owners, only two were ever torn down. Those were the Hospital building and the Auditorium.

Police have increased their vigilance in recent years, in response to arson attempts. But that hasn’t stopped the more determined trespassers from gaining access. The insides of the buildings paint a clear and oddly beautiful picture with mostly caved in ceilings, debris, and glass-covered floors, an excessive amount of graffiti, and the effort nature has made to reclaim the property.

Vibrant green trees and grass have sprung up in the parts of the complex where the sunlight can reach, and the darker rooms in the buildings hold a plethora of ominous graffiti left by those with a morbid sense of humor. 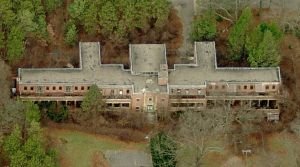 This hospital, built on 525 Russell Rd, Newington, CT, in 1910, was originally made for the treatment of children with tuberculosis. The facility’s old name is The Hartford County Home for the Care and Treatment of Persons Suffering from Tuberculosis. After the invention of the vaccine for tuberculosis, the hospital shifted focus to treating the mentally ill and those suffering from various addictions.

Nowadays, though abandoned, the state still owns the property. The presence of police and the FBI who still use a couple of the buildings discourages any exploration. That being said, people have made it inside, and some easy research will show a good amount of footage. The interior has actually held up pretty well, and much of it seems untouched by vandalism. However, the abundance of pitch-black sections and rumors of hauntings gives a creepy feeling to those brave enough to explore.

On CT-12, Norwich, CT, sits the abandoned Norwich State Hospital. This facility has worn many hats over the years, housing geriatric patients, people suffering from addictions, the mentally ill, and for a short period, people with tuberculosis. The grounds hold over thirty buildings across 900 acres of land, as well as miles of underground tunnels connecting all of the buildings. Several tv shows have filmed on location, including Ghost Adventures from the SyFy channel.

The state has hired guards constantly patrolling the property. However, the tunnels provide a way for trespassers to get from building to building without being seen. The patients’ rooms are tiny, just enough for two bed-frames and walking space in between. Trees and vines grow in through the broken windows, and dead leaves cover the floors. Some of the hallways and rooms are completely caved in. Fragile, yellowed documents with patient records on them can be found in some offices.

The tunnels now consist of mounds of dirt for a floor and corroded pipes overhead. All this is only accessible by a hole in a wall clearly meant to keep people out.

What These Landmarks Represent

These sites have value, standing as relics of an age of the misunderstanding of mental illness and outdated medical procedures. They have a beauty and at the same time, a horror that attracts tv shows, movies, tourists, and trespassers. Dozens of these abandoned hospitals exist throughout New England, many with alleged hauntings, and all with historical significance.