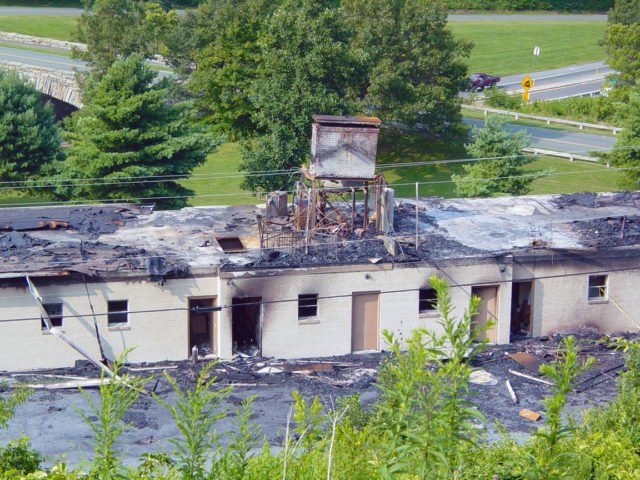 In the 1950s and 60s the motor court rest stop at Rockfish Gap on Afton Mountain was a motoring mecca, offering Virginia motorists a scenic respite in the Blue Ridge Mountains. The first of this roadside collection of buildings was erected in 1948, and for more than twenty years Afton Mountain offered dining, gasoline, and lodging to weary travelers along the Blue Ridge Parkway.

Business started to decline in the 1970s when Interstate 64 was constructed to the North, bypassing the small outcrop of buildings. For the next two decades the businesses were allowed to deteriorate before they started shutting down in the late 1990s. Less than a decade later, all but one business on Afton Mountain was closed. Some of the buildings have been set on fire and several have already been demolished, but all have been vandalized. The remaining dilapidated structures are unsafe with a combination of asbestos, broken windows, and collapsing roofs. 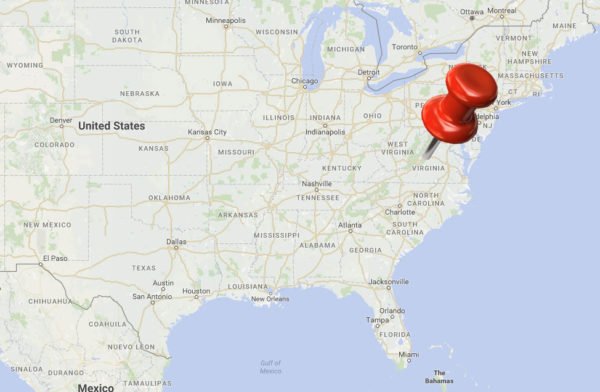 In 1944, Alvin Tandy Dulaney of the Skyline Swannanoa Corporation purchased hundreds of acres on Afton Mountain for $60,100. From 1948 until 1968 the Skyline Swannanoa Corporation focused on developing the Afton Mountain rest stop off the Blue Ridge Parkway. Dulaney opened a Howard Johnson restaurant in 1948 (pictured) before his death the following year.

Alvin’s son James continued the family enterprise by opening the Blue Ridge Motel in 1960 and the Skyline Parkway Motel in 1962. Five years later the Skyline Swannanoa Corporation was awarded a Holiday Inn franchise, which was built in 1968 and became the third hotel added to Afton Mountain.

James Dulaney died in 1970, leaving his son James F. “Phil” Dulaney in charge. Phil, the grandson of the founder, was enrolled at the University of Virginia at the time. He waited until he finished college before taking over as president of Skyline Swannanoa, Inc., in 1972.

While Skyline Swannanoa was going all-in on Afton Mountain, the Federal government was acquiring acreage through the Blue Ridge Mountains to build Interstate 64. The highway project called for I-64 to have a perpendicular intersection to the Blue Ridge Highway, which re-routed traffic and pushed the rest stop out of prominent view of the interstate. At the same time airliners were becoming more accessible and replacing the automobile for travel.

Across the United States, roadside attractions and rest stop motels dwindled in the late 1960s and early 1970s. A fuel crisis in the early 1970s and again in the late 1970s further reduced highway travel. With slowing numbers, the Afton Mountain Empire began a multi-decade collapse driven by a decline in demand and a lack of capital improvements.

Over time the collection of buildings fell into disrepair. Maintenance was rare and upgrades scarce. When a light burned out, it wasn’t replaced. When a sign broke, it wasn’t repaired. When a ceiling leaked, it wasn’t patched.

When a major franchise left, Dulaney replaced it with a generic surrogate. A failure to perform a “minimum standard” of renovations resulted in Skyline Swannanoa losing its Holiday Inn franchise in the mid-1990s. The hotel was re-named the Inn at Afton and allowed to continue to deteriorating.

The motor court’s oldest business, the Howard Johnson’s restaurant, closed in 1998 after 50 years of operation. In November of 2002 a log cabin that once served as a ski resort office went up in flames. Six weeks after that a motel guest cabin was set on fire.

Ironically it was two members of the fire department who were convicted of those crimes. One person involved in the trial said “they would go out and set the fires so their company could respond.”

In 2003 Afton Mountain lost its Chevron station, which moved out and was eventually replaced by off-brand gasoline companies Pure and then Woco.

In July of 2004 somebody broke into the Skyline Parkway Motel and set it on fire; officials found paint and bath towels that had been used as accelerants.

In 2004 owner Phil Dulaney was asked when he plans to overhaul Afton Mountain. He replied:

“Not right now. Literally, I’ve been putting out fires.”

Dulaney would eventually make progress. By 2007 he had torn down three buildings, leaving eight. He cited asbestos abatement costs (which approached $44,000 for one structure) as a reason the process was moving slowly. Also preventing Dulaney from finishing the job was the devastating financial crisis of 2008, and more recently, his health issues.

The Afton Mountain HoJo’s trademark cupola lasted until sometime between September and November of 2008. Back at the Inn at Afton, Dulaney’s Restaurant (formerly the Aberdeen Barn Restaurant) and its tables with panoramic views of the Blue Ridge Mountains, closed in 2008.

What was left was a charred shell of a hotel overlooking a row of dilapidated former guest cabins that were being used for storage. A tourist information center was buried around the corner in the basement of an abandoned motel; for years it didn’t have functioning restroom facilities. Eventually the roof of the motel started to cave in, which forced the tourist information center out of the motel and into a trailer.

Visitors started calling the run-down motor court Baghdad. Others referred to the collection of dilapidated buildings as the Afton Slums.

Phil Dulaney has made progress on Afton Mountain. In 2007 he had the asbestos removed from the convenience store, and one of the motels was being prepped for demolition. The financial crisis was a temporary derailment, and by February of 2015 the Skyline Parkway Motor Court had been razed along with five other buildings.

Delays have been economically driven, and things such as asbestos abatement added zeroes to the demolition cost. Phil says he “spent $300,000 on the old hotel.”

The process has been too slow for some. Facebook Group “Saving Afton Mountain” (1,954 members, now closed) offered to help with paint and plumbing, however Phil Dulaney has declined their offer. When group leader Carrie Eheart approached Dulaney, he told her “Y’all need to leave me alone. I don’t have any money.”

Legally, there is little anyone other than Dulaney can do. Neither Augusta County nor Nelson County have ‘minimum maintenance’ codes. Dulaney also has a history of cooperating with the counties in other affairs, which has bought him goodwill from those in government.

Afton Mountain is not the only dying Dulaney asset. He owns properties in four counties assessed at more than $30 million, the most well-known of which is the former 2.5-acre Charlottesville Oil headquarters, now run-down and empty just off Ivy Road in Charlottesville, Virginia (pictured). He is also the owner of Swannanoa, the former Dooley estate located behind the motor court.

In July of 2011 the Virginia State Fire Marshall visited the Inn at Afton and cited the hotel for eight safety violations, including non-working fire alarms and unsafe stairs. Nineteen occupied rooms did not have smoke detectors. The alarms were eventually installed, nearly a year later after the State Fire Marshall took Phil Dulaney to court in May of 2012.

In August a judge dismissed the case, after which the defendant’s lawyer claimed Dulaney was in full compliance.

One stairway was still failing inspections in December of 2012, which resulted in the rooms which used those stairs to be closed. In an interview, Dulaney was asked to compare the condition of the properties today to when he took charge of them more than forty years ago.

In February of 2012 a tourism advocate urged the government to step in through eminent domain. According to the concerned citizen, the government’s ability to expropriate private property for public use was “the only way anything’s going to happen here.”

When explorer Ben Schumin visited the Afton Mountain complex in November of 2013, he found discarded employee records from the various defunct motor court businesses in one of the buildings. The records contained personal information and were not stored or secured, but rather carelessly tossed about the room. Schumin suggests that anyone who has worked for a Dulaney business consider enrolling in a credit monitoring service.

After 2013, the Inn at Afton’s webpage (theinnatafton.com) went dark. It re-appeared a short time later as a default template of a Thai blog, but even it hasn’t been updated since July of 2015. Before the hotel’s website went down, listed room rates ranged from $50 to $84 (with an $8-16 weekend surcharge), depending on season and whether or not the room had a view.

The Inn at Afton has been punished on Tripadvisor, earning a 1.5 star rating across 56 reviews. The most recent guest to have reviewed the hotel stayed there in November of 2015. “The live mouse in the room was a welcome distraction.”

On Yelp it fares even worse, earning just one star out of five.

Without appropriate maintenance and upgrades over the years, the buildings have not aged well. The common denominator is Phil Dulaney, who inherited the buildings in ‘like new’ condition more than forty years ago and managed them to their current state.

But don’t expect to see a change in ownership anytime soon. When Dulaney was asked if he would consider selling his property in the Blue Ridge Mountains, he said he would not, and that the former motor court “is like one of my children.”

For now, things are status quo.