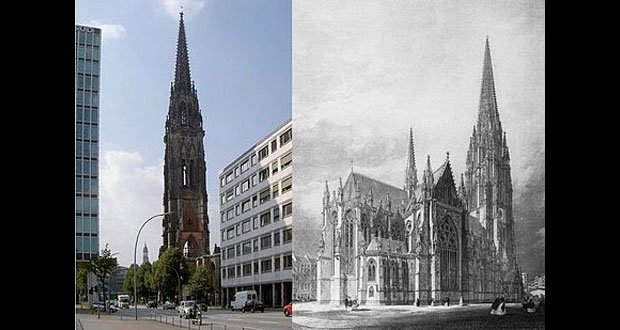 In the busy port city of Northern Germany lay the ruins of a structure that currently acts as a museum and a memorial of World War II. Having been brought down by different disasters, St. Nicholas church, Hamburg, was once the tallest building in the World (1874-1876).

The saddest moment in the history of St. Nicholas church, Hamburg, was when it was bombed by the Allied forces in World War II under operation Gomorrah in 1943. But what exactly happened to this significant architectural structure that once held the record of being the World’s tallest building?

The first structure of St. Nicholas Church, Hamburg, is dedicated to the patron saint of sailors who went by the same name, was built back in the 12th century. Facing the Alster River, the wooden chapel developed into a brick and stone building. The brick and stone structure remained in place until 1842 when it was destroyed by the great fire of the mid-19th century. It burned to ashes, but soon after the fire, Hamburg’s local citizens started fundraising to build a new structure.

The Great Fire of Hamburg 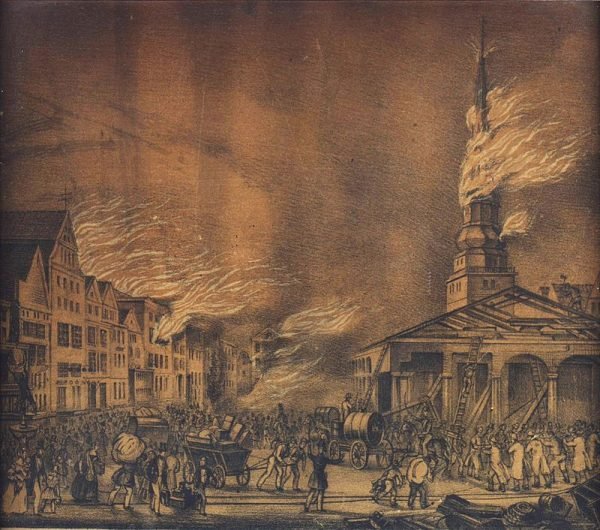 With over 1700 residences destroyed and 51 people dead, Hamburg’s great fire was one of the most aggressive and destructive disasters of its time. It began early on May 5th, 1842. It burned until May 8th, 1842, displacing people and destroying buildings, one of the destroyed buildings was the old structure of St. Nikolas Church of Hamburg.

Many people claim` that the fire originated from a cigar factory at DeichstraBe at night as a neighbor alerted the guard on watch at around 1 a.m. With dry weather, strong winds, and most of the buildings constructed from dried wood, the destruction had full support from the prevailing conditions. That is why it went on and on, destroying structures in the neighborhoods of Hamburg. 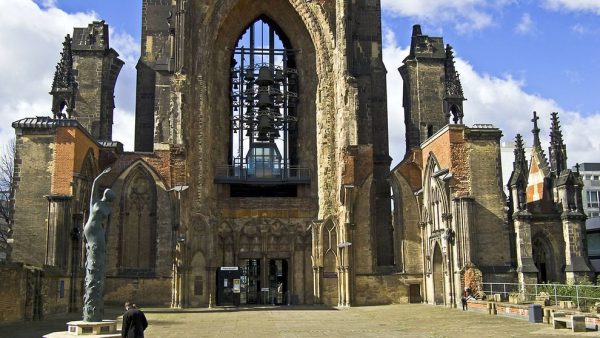 Based on the neo-Gothic style, a new St. Nikolas church structure was constructed. The construction ran from 1846-1874 with the completion of a 147.4-meter spire. After that, St. Nikolas church, Hamburg would then take the title of being the tallest architectural structure globally. Holding the title from 1874 to 1876 until the Rouen Cathedral building in France dethroned it. 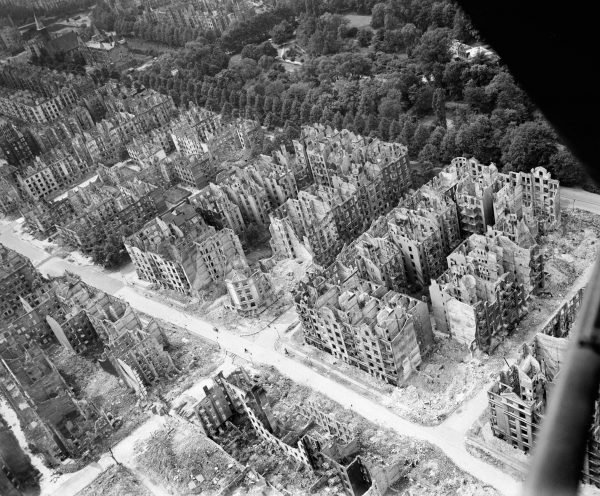 Just like the biblical Sodom and Gomorrah, operation Gomorrah was all about total aerial destruction of anything and everything that could be seen on the ground.

Bombs landed heavily from the sky on the second-largest city in Germany at that time. Buildings were brought down, lives were lost, and property destroyed, leaving nothing but a mess in Hamburg. People struggled to run against the wind on the streets, stepping and jumping on the bodies that lay helplessly on the road. Some dead, others alive in desperate need of help.

The Allied forces made these attacks under a plan they termed strategic bombing. Strategic bombing involved sustained attacks on civilians’ houses, city harbors, railway stations, and industrial hubs of the enemy territory.

The church building of St. Nikolas, Hamburg, was destroyed during this attack. The rain of firestorms was under the command of the British Royal Airforce and the US Airforce. The attack brought down the church leaving only the spire, having been relatively scathed by the bombs. 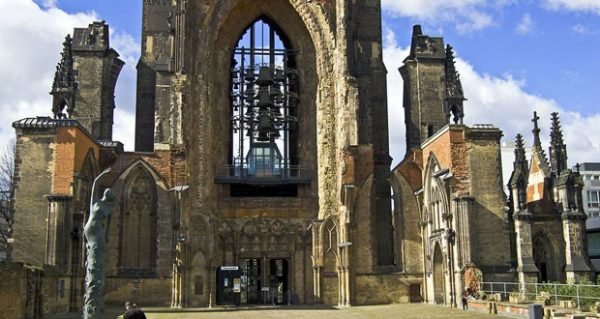 St. Nicholas church’s ruins were renovated into a memorial and a museum for World War II victims. It showcases the effects of war through interactive means such as images, audio, and videos.

There is a permanent exhibition titled: ‘Gomorrah 1943: Hamburg’s Destruction through Aerial Warfare’. It provides an all-exclusive line-up of events leading up to the bombing, the actual bombing, and what followed afterward in a bid to reconstruct and heal from the disastrous event.

A glass elevator takes visitors up the St. Nikolas church’s spire, the fifth-highest church steeple in the world at 76 meters. From here, visitors can view the port, Hamburg’s city center, and the Alster lakes. Adding to the experience are the images of operation Gomorrah attacks.

From the St. Nikolas church spire, visitors can also view the neighboring sister churches. They include: 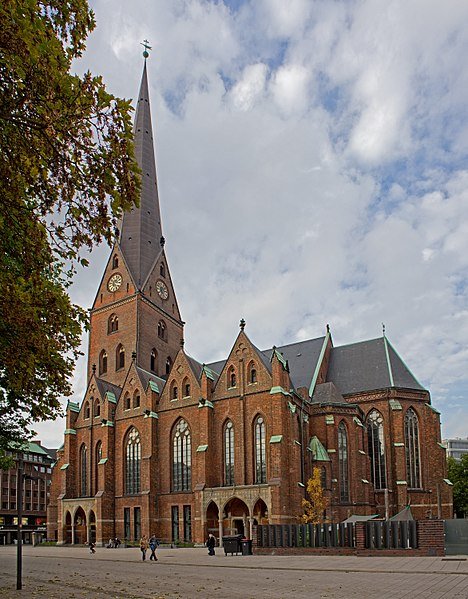 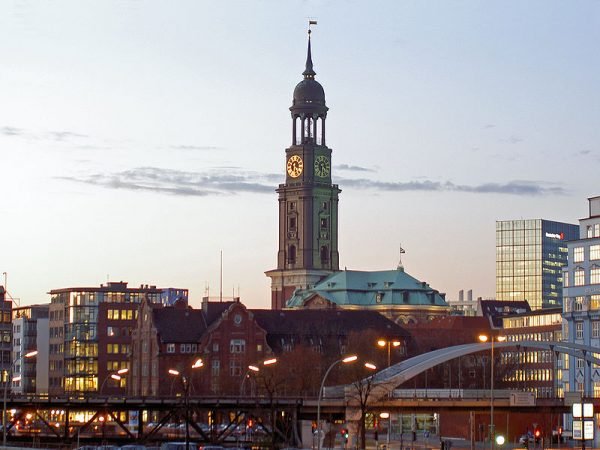 Hamburg’s largest church with a stunning bell tower offering a panoramic view of the city. 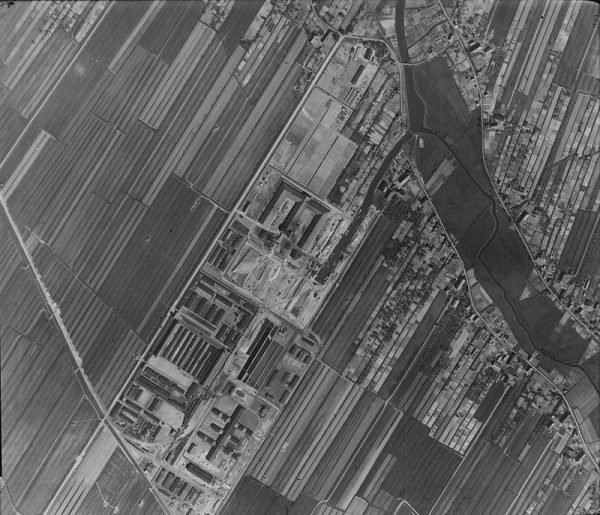 A former concentration camp is now serving as a memorial and research center in Bergdorf.

St. Nicholas Church memorial and museum are proof of the adverse effects war has on people and structures. Its conversion into a museum and a monument remind visitors where we came from and why war should be avoided.