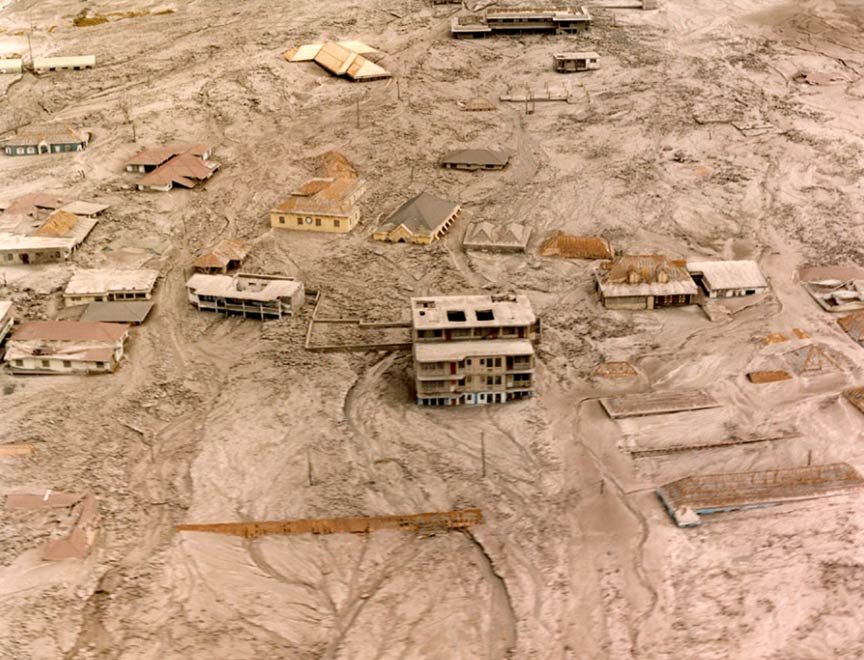 For centuries, the Georgian-era town of Plymouth served as the main port for Montserrat, a part of the Lesser Antilles in the West Indies. An eruption from the Soufrière Hills volcano in 1995 would see the capital city decimated and two thirds of the island’s population would be forced to flee.

Today the remains of the now forbidden port town litter the landscape, the land now unusable due to pyroclastic lava flows which have destroyed everything in their path. 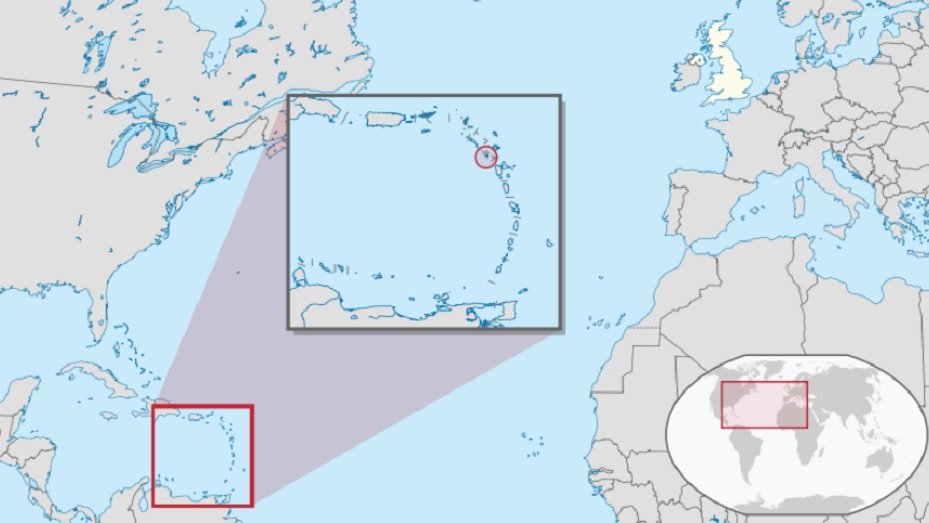 Montserrat is a small island, only 10 miles long by 7 miles wide, located in the Leeward Islands chain of the Lesser Antilles. It is only about 40 square miles in size, but due to recent volcanic activity it is actually increasing in size.

Despite being diminutive, the location and topography of Montserrat proved to be attractive to early explorers. Christopher Columbus was first reported to have spotted the island in 1493 and he named it Santa Maria de Montserrat for a monastery in Catalonia, Spain.

Over the years slaves were imported to work on the farms established by the colonists. In 1632 the workers on Montserrat staged an uprising and overthrew the local government.

Soon after the island was declared under British rule and would remain that way for over 100 years. 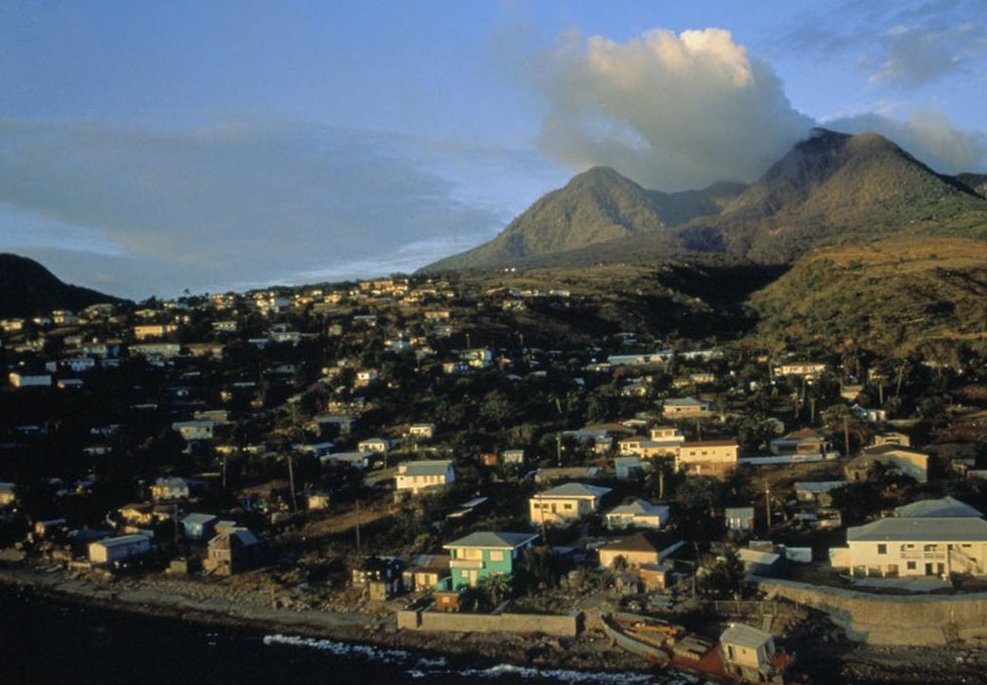 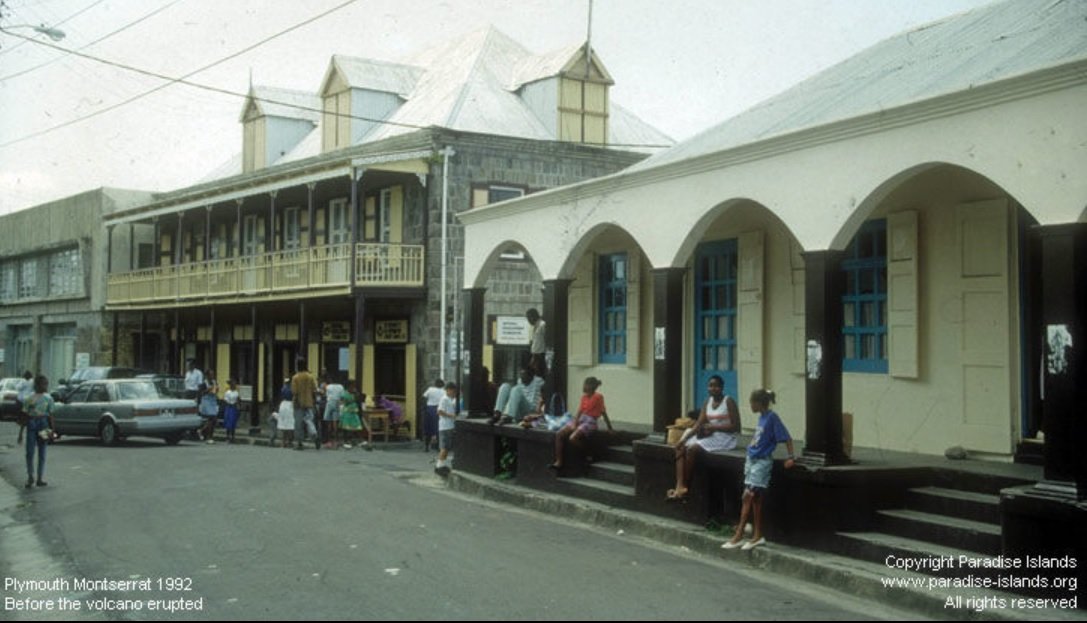 Montserrat has fallen victim to natural disasters multiple times in its history. In 1989 Hurricane Hugo would kill 21 people and destroy 90% of the island, causing an estimated $300M in damage. Despite the near total destruction of the island, they would receive aid and rebuild.

In July of 1995, the previously-dormant Soufrière Hills volcano would erupt. It would send pyroclastic lava flows in all directions – including toward the town of Plymouth.

By August of 1995 residents were evacuated when fragmented volcanic ash began to fall on the town; several months later the residents were allowed to return. On June 25th, 1997, another eruption would see the town almost completely overcome by pyroclastic surges. Nineteen people were killed, and once again Plymouth was evacuated.

Soufrière Hills would continue to erupt into August, and eventually bury 80% of Plymouth under 4.6 ft (1.4m) of hot ash. 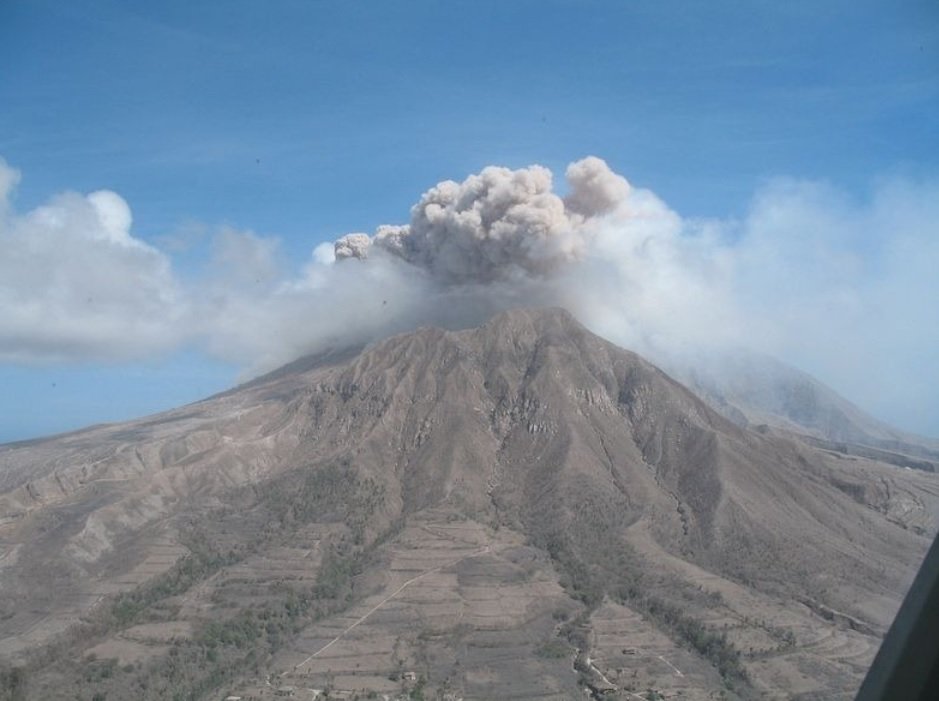 The pyroclastic flows would freeze everything in place, just as in Pompeii thousands of years earlier. Cars now sat embedded in rock; buildings were buried one-floor deep in permanent beds as hard as concrete.

The summer of 1997 would cripple Montserrat, and to this day the island has not fully recovered. Plymouth was by far the largest settlement on the island and had been the seat of government.

In addition, all essential island shops and services had been located in Plymouth Montserrat. The primary source of income had been tourism, but with the airport destroyed and hotels buried in ash, the industry was decimated.

All residents were forced to evacuate, but only about a third had the means to relocate to the north part of the island.

Economically destitute and with all of their possessions ruined by the eruption, an estimated two thirds of the 13,000 on the island would evacuate and never return. 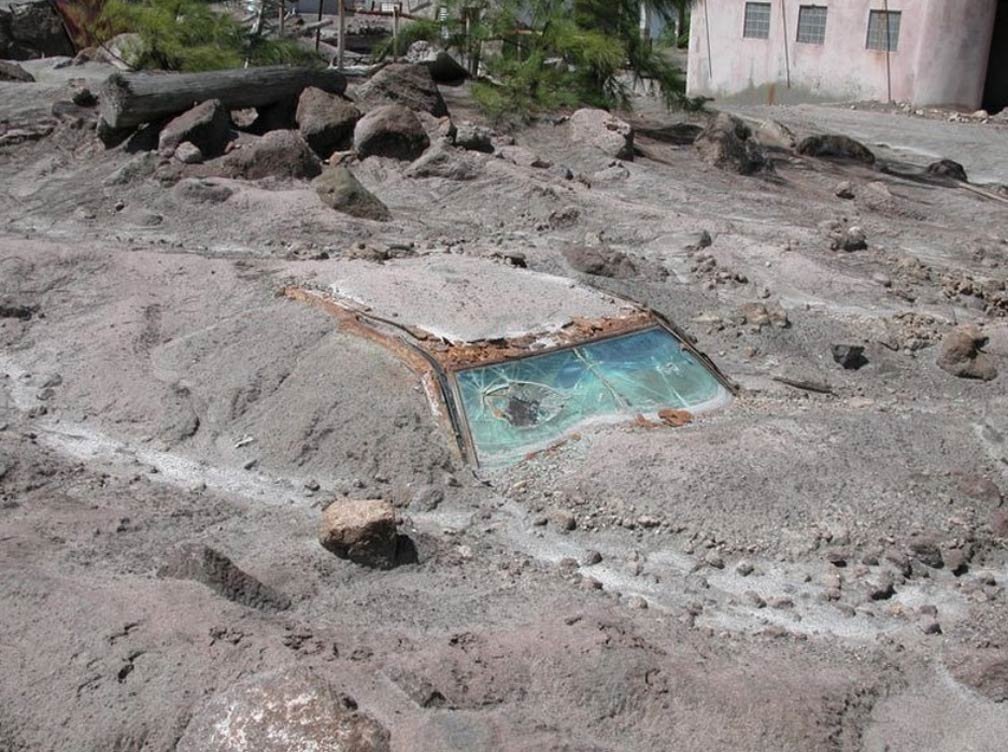 The eruptions saw the local economy halted. Rebuilding efforts began in earnest, bolstered by an annual £25 million contribution from England.

Despite this, the island struggles to rebuild and tourism hasn’t recovered in Plymouth Montserrat.

The airport was also permanently damaged and not repaired: 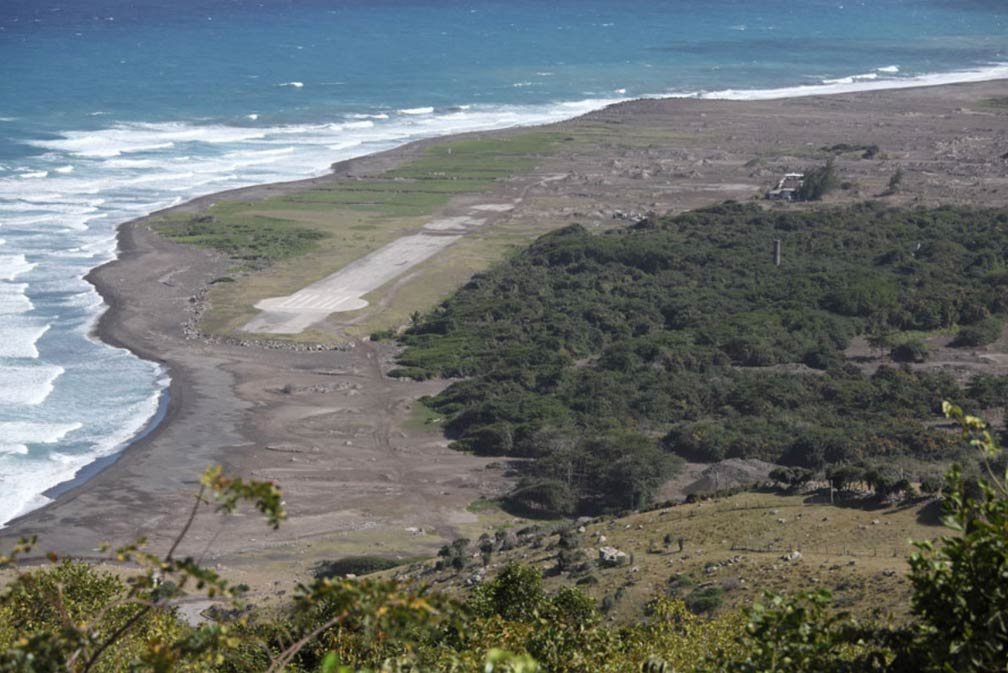 The government has prohibited anyone from entering the area affected by the pyroclastic flows. Even homes that were not overcome by the flows were forced to be abandoned (see below).

If the roads to get to these homes weren’t destroyed, the plumbing and electrical infrastructure was. The inability to rebuild in the area has left these otherwise sound structures to sit empty and rot.

Recovery of Plymouth would be next-to impossible. The hard pyroclastic flow buries the town in a concrete-like rock. Sewage pipes are severed. There is very little grass or soil and the town has a moon-like surface covered in rock and large boulders.

Rebuilding would require large-scale demolition not available to Montserrat; heavy equipment and explosives would be needed just to break up the rock, and the now-infertile scorched earth beneath offers little incentive to try.

Even if the island had the capability to rebuild, the cost to do so would be astronomical, further reducing the chance that Plymouth Montserrat will ever return. 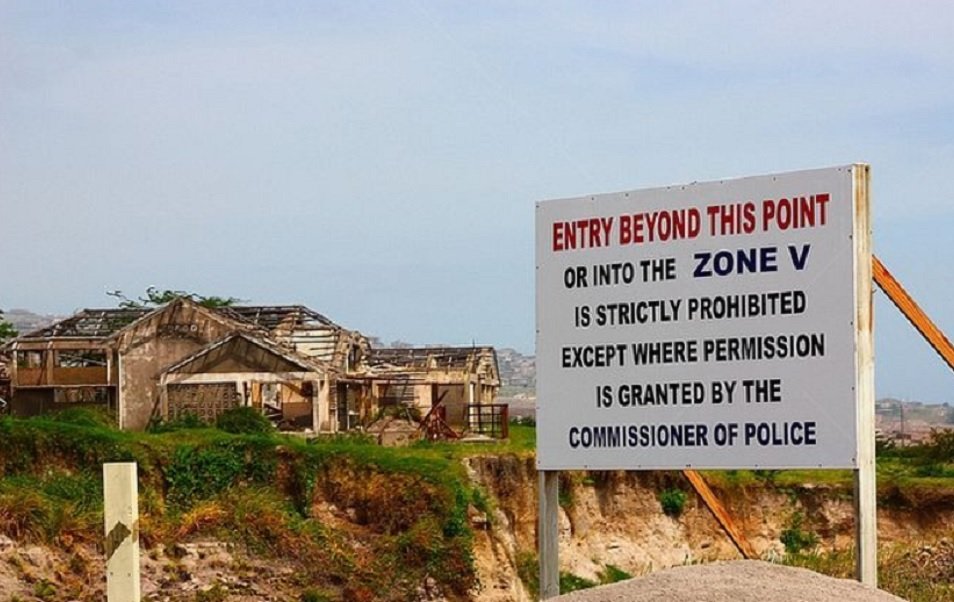 Abandoned homes in the Exclusion Zone:

Explore Plymouth in Google maps below! 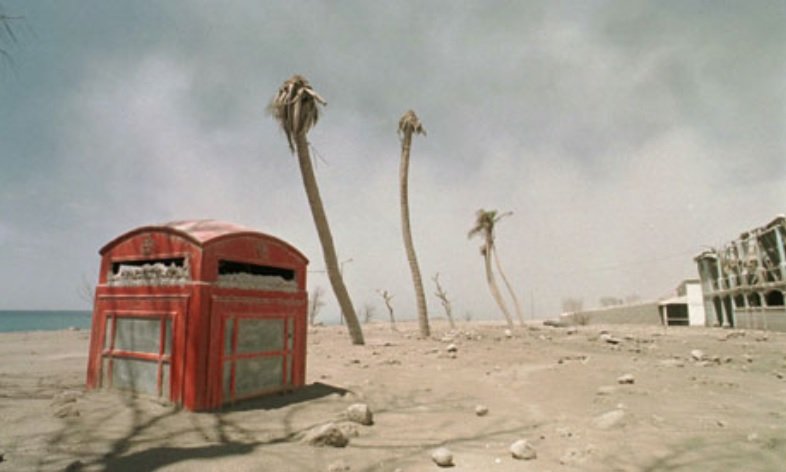