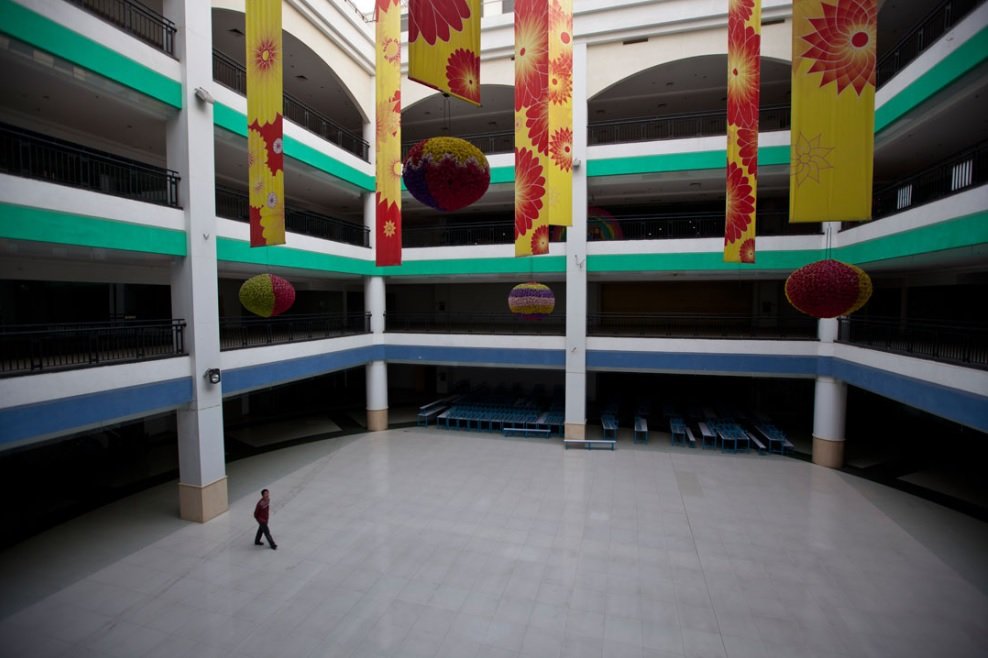 Located about 50 miles north of Hong Kong in Dongguan, China, the New South China Mall is the largest abandoned mall in the world by gross leasable area. Twice the size of United States’ Mall of America, it was opened with room for 2,350 stores in 7.1 million square feet of leasable space.

No mall in the world can rival New South China in any category, except perhaps number of tenants.

Despite having every amenity a shopper could want, the mall has been 99% vacant since it’s opening in 2005. 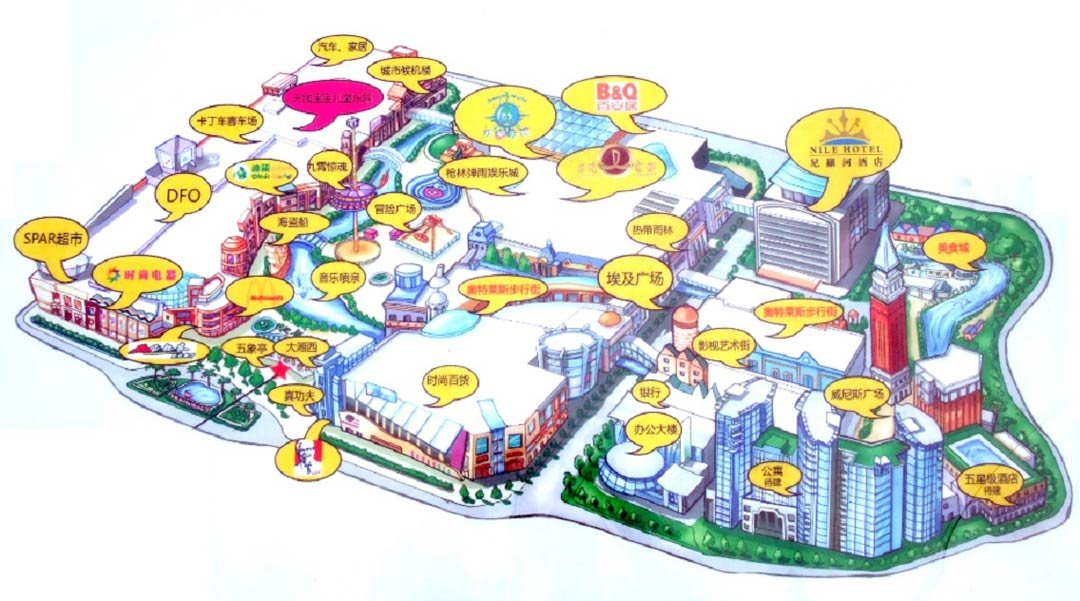 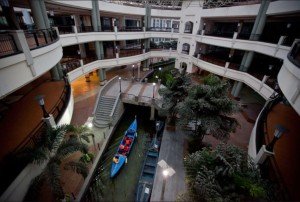 Plans to build the New South China Mall were spearheaded by food billionaire Alex Hu Guirong.  It was to be built in Dongguan, a city of about 10 million people located just east of the province’s capital city of Guangzhou (map). Plans to build commenced in 2002, and by the time it was completed in 2005 the total cost was ¥2.5 billion yuan ($402M U.S.)

The project was ambitious; at time of construction it was the largest mall in the world with over 9.6 million square feet in total area. The mall was designed with everything, and was constructed anticipating 100,000 visitors a day.

It was built with a 1.3-mile indoor canal featuring gondola rides, it has a large Egyptian sphinx, and it contains an 1800-foot indoor roller coaster.

The mall has seven areasmodeled after international cultures and themes: Amsterdam, California, the Caribbean, Egypt, Paris, Rome, and Venice.

There is a 82-foot replica of the Arc de Triomphe, a replica of Venice’s St. Mark’s bell tower, and even the first licensed Teletubby theme park.

The mall was built with over 8,000 parking spaces, and in the years since one of the many empty garageswas turned into a karting track. 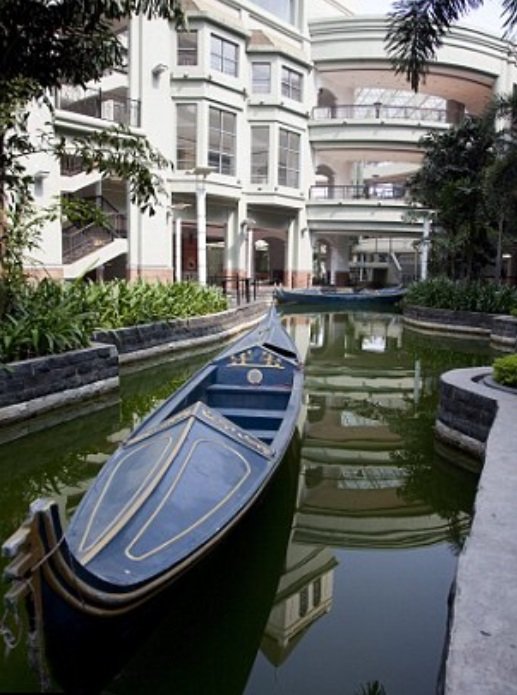 Despite being built in the large city of Dongguan (pop. 10 million), and next to the larger city of Guangzhou (pop. 12 million), the New South China Mall never managed to secure lease agreements with many vendors.

What conspired against the shopping center that would see it fail to reach capacity and become an abandoned mall?

One major detriment to the mall is location; built on old farmland in Dongguan, the abandoned mall isnot located next to a major highway like the G4/G15 which connects Guangzhou with Shenzhen and Hong Kong.

Visitors from out-of-town would have difficulty coming to visit the New South China Mall as Dongguan doesn’t have an airport; the closest major commercial airport is over an hour away. Local residents don’t have it much easier. 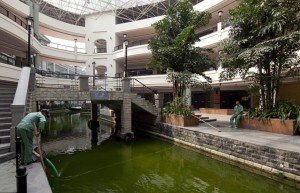 There is no train or direct bus service; connecting buses are available but they aren’t convenient. One reporter said it took him two and a half hours totravel 6 miles by bus in Dongguan. Cars – still a luxury for most and something few can afford – are the best way to get to New South China Mall.

A number of developers and planned occupants ended up backing out for various reasons, including Shangri-La Hotels which was to operate a 5-star entertainment hotel on the complex.

Then there’s the economics to consider; Dongguan is a factory town where the poor have come to find work. A migrant mall worker named Xiao posits “people coming here to work in factories don’t have the time or the money for shopping or the rollercoaster.” 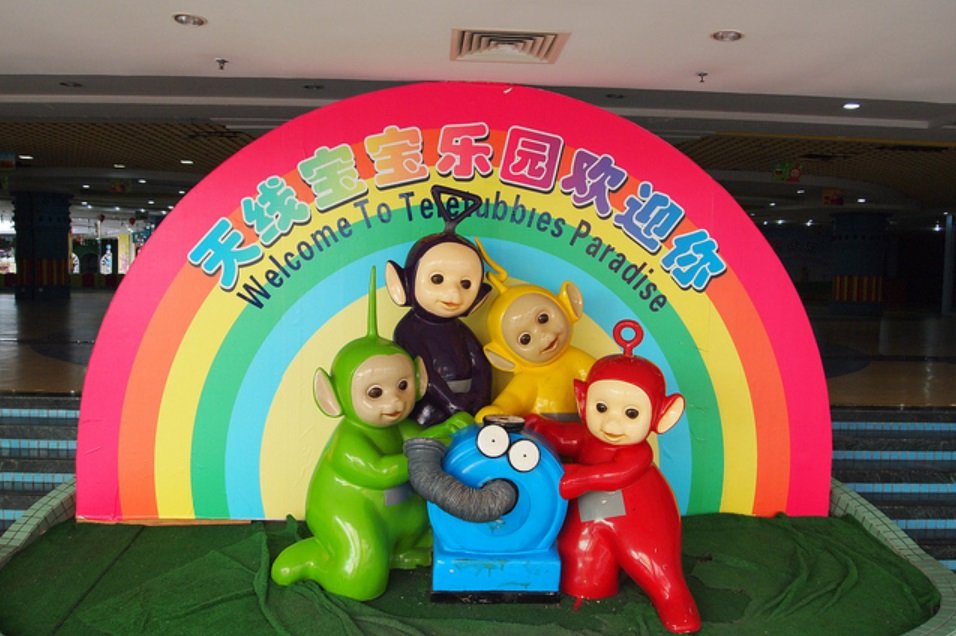 Even with such high vacancy, there is a pulse at the New South China Mall. As of 2012 there are a reported 47 leased spaces in the mall, with an additional 20 stores planned to come on board in 2013.

Signs of life near the main entry lead one to believe this is not an abandoned mall. Several restaurants such as McDonald’s, KFC, and Pizza Hut, among others – although these will be largely empty for most of the day.

If there are crowds, they’re near the outdoor amusement park which is next to an IMAX theater. Those two have been the more popular destinations at the mall, even becoming somewhat lively on weekends. 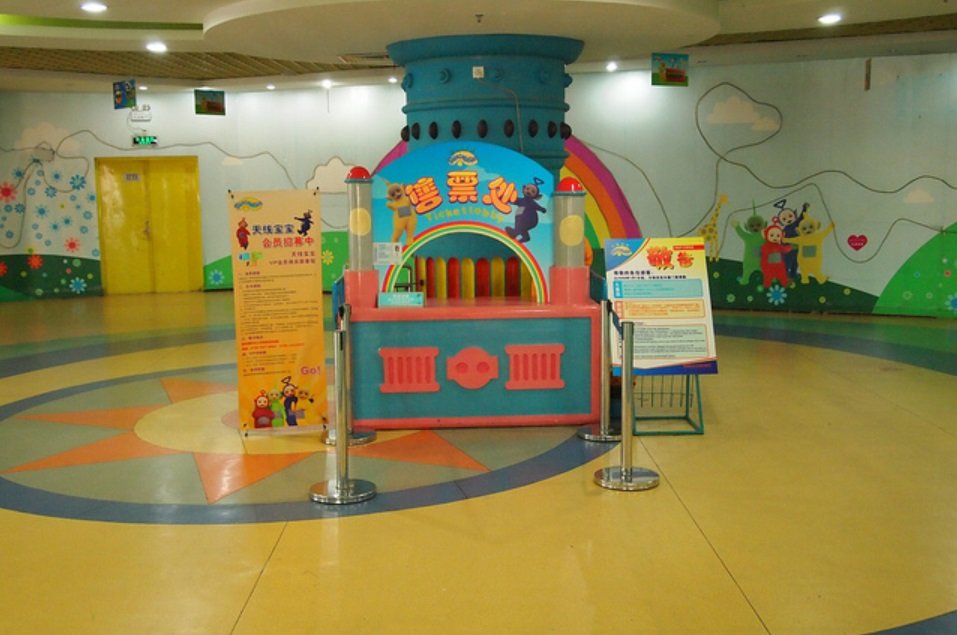 The mall also licensed the world’s first official Teletubbies theme park (above & below), which encompasses over 82,000 square feet of space and reportedly features a 230-foot wave pool. 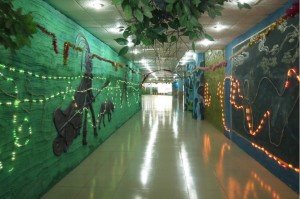 The Teletubbies theme park also features a carousel as well as a mini-train ride for children that circles the park.

There is also an interactive music center, bumper cars, and a recreational project center. Despite all this, the theme park sees very few visitors and the rides go unused.

Even without visitors the music continues to chillingly echo throughout vacant hallways of the abandoned mall areas, and even in the vacant areas the lights stay on.

Deterioration of an Abandoned Mall 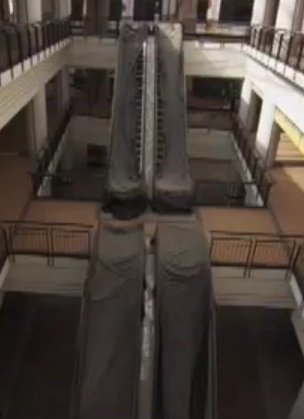 Maintenance crews tend to the property, but it’s a skeleton crew for how large the mall is. Equipped proportionately for how few stores there are, the handful of workers can’t possibly keep up with the maintenance requirements of such a massive complex.

Dirty canvases cover the closed escalators while dusty corridors and peeling paint distract one’s eyes from the scattered trash along the floors.

Most of the people one will encounter in the empty mall work there – either maintenance staff or security guards. Bored attendants hunch over their post, stare into space, or take endless smoke breaks to pass the time. 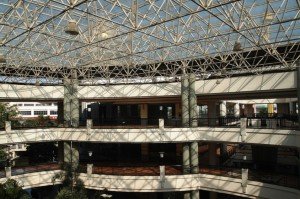 The snaking canal, over a mile long, has turned green and swampy. With a lack of proper chlorination it has developed it’s own ecosystem.

Decorations hung years ago still list, faded from sun exposure. Entire sections of the mall which were never leased have fallen into complete disrepair – in some cases possibly dangerously close to being condemned due to lack of proper structural maintenance over the years. 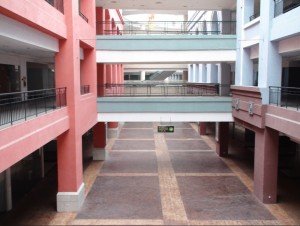 Many experts feel the vacancy issues in the New South China Mall are indicative of a growing trend in China.

Victor Teo, an assistant professor from the University of Hong Kong, said

“many of these projects are a result of easy access to capital and a combination of wishful thinking and speculative behavior rather than rational business decisions.”

In 2007 the mall went through a re-launch. Previously named South China Mall, it was now called New South China Mall, Living City. Despite the revitalization and new marketing campaign, neither tenants nor shoppers would come.

Ever optimistic, the current ownership group still has grand aspirations for the mall; the head off the ownership group, Ye Jining, said he aimed to increase mall occupancy to 80% by the end of 2013.

Can Ye increase the mall’s capacity to 80% by the end of the year? Well good luck to him, he’s on the clock… 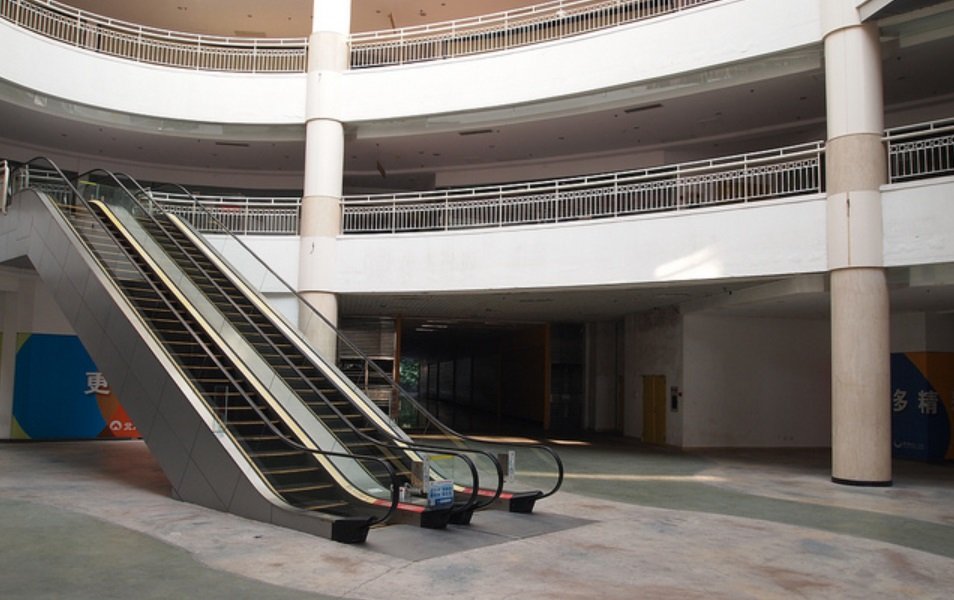 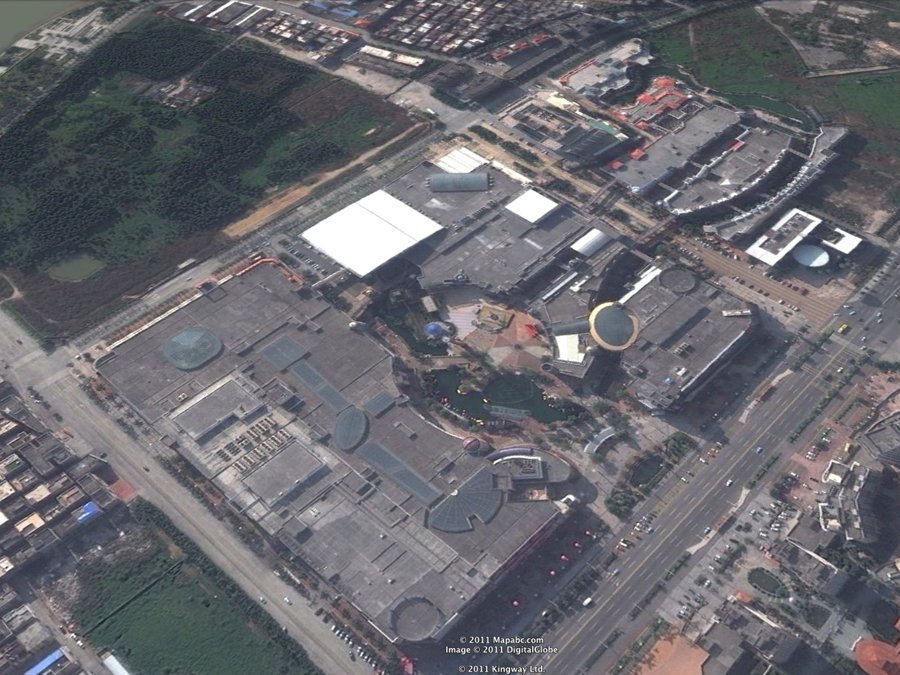