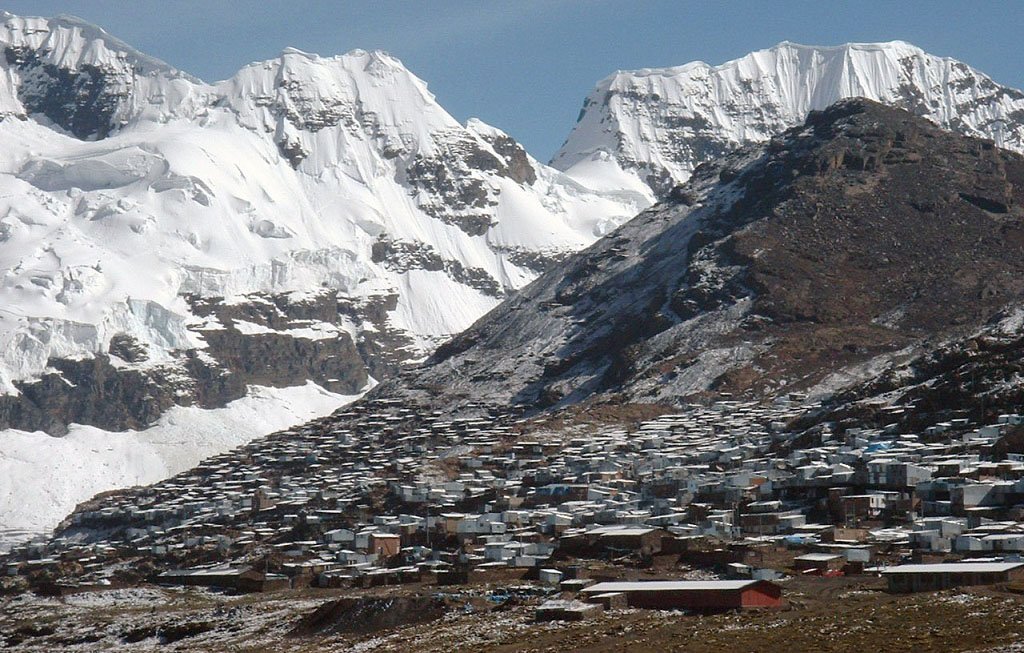 Exactly how high is the highest city in the world? How about over 3 miles? La Rinconada Peru is a rare case: an old gold-mining camp in a remote location that has grown to ‘major city’ status, and stayed there. 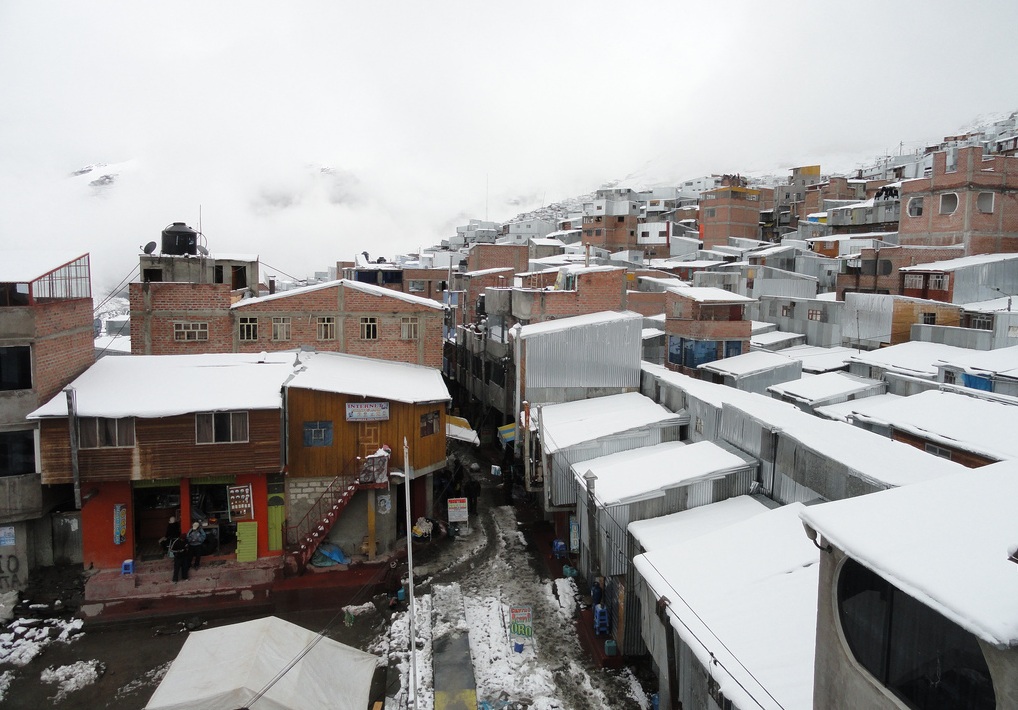 La Rinconada’s economy is fueled almost entirely by the nearby gold mine. Tens of thousands of workers have emigrated to the remote location hoping to secure work and stake their claim in the riches.

Employment at the nearby Corporación Ananea gold mine is through a unique system called Cachorreo. Employees work for 30 days without payment, and on the 31st day they are allowed to take as much ore from the mine as they can carry. Whatever the miners are able to extract from that ore is theirs.

Despite the companies utilizing such a non-traditional system of payment, miners continue to flock to the region. The population of La Rinconada has skyrocketed over 230% in the last decade. 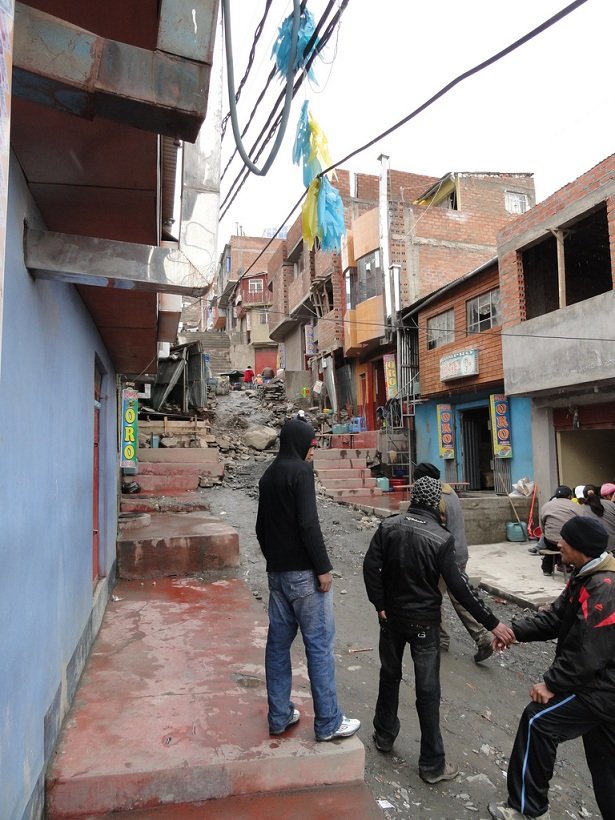 Despite housing over 50,000 people, the town’s infrastructure is well below even normal Peruvian standards. Originally founded as a remote gold mining operation, the town’s planners did not plan for a population this large.

It was also temporary, with no designs for permanent infrastructure or city services. As such, “La Rinco” (as it’s known) has no plumbing, sanitation, or heating services, and the ground is heavily contaminated with mercury from the mining operations. The city was built, and continues to expand, haphazardly on a permanently-frozen glacier.

La Rinconada is accessible only by truck, the several-day journey made via treacherous winding mountain roads.

The town sits higher than any point in England, France, Germany, Spain, Switzerland, and the contiguous United States. The tip of the highest peak in the Alps range – Mont Blanc – is 1,000 feet lower than La Rinconada, Peru. The only place in Europe higher than La Rinconada is approaching Eurasia: Shkhara in Georgia (only 100m higher), and Mount Ararat in Turkey (37m higher).

There is no trash service. Disposal of waste is the responsibility of each individual resident; many just leave trash where they last used it.

Those that bother to dispose of their trash either bury it outside of town or burn it in the street. 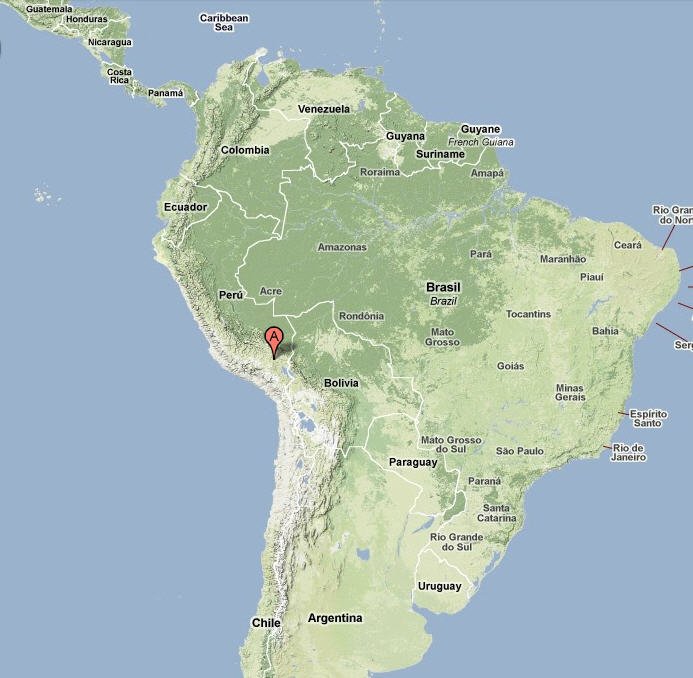