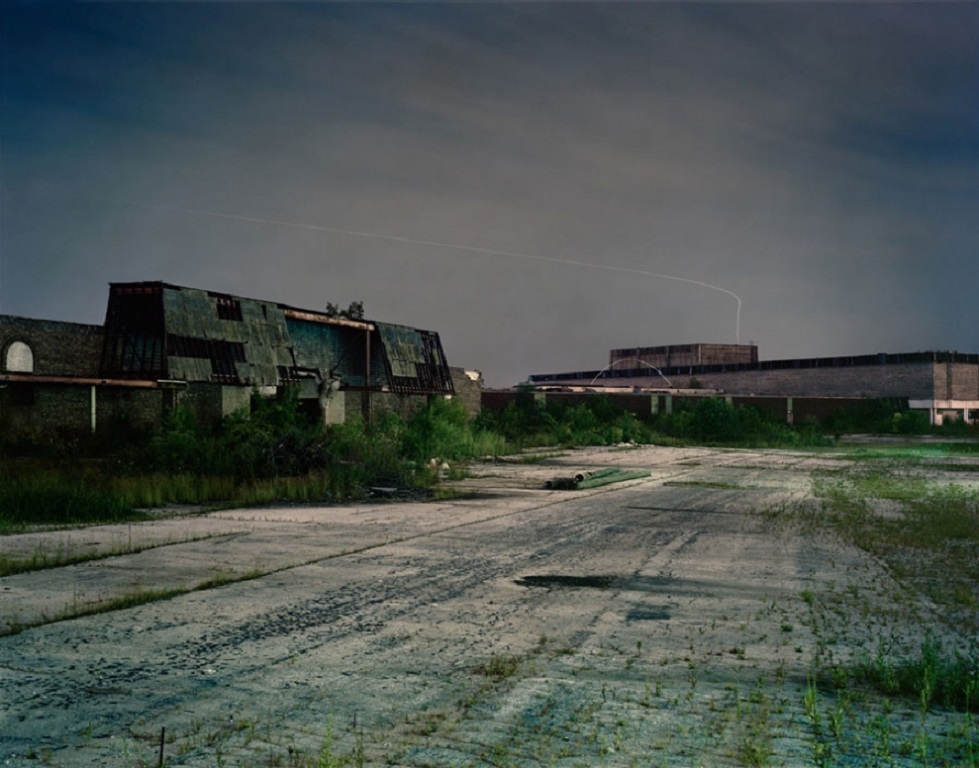 Dixie Square Mall has quite a history, despite standing in ruin for more than double the number of years it was in operation. Most recently classified as a “dead mall” (a shopping mall with a high vacancy rate or low consumer traffic), Dixie was perhaps most famous for being the mall used in the chase scene in the movie The Blues Brothers.

Located in Harvey, Illinois, it stood vacant for over 30 years before finally being torn down in May of 2012. Here is the story of the Dixie Square Mall.

Dixie Square opened in 1966 at a cost of $25 million dollars. The mall had a grand opening in November with 50 stores committed to the facilities. By 1968 the mall had 64 shops, including a Woolworth, a Walgreen’s, a Montgomery Ward, and a Jewel supermarket.

In the early 1970’s crime was becoming an increasing problem for Harvey, a suburb 20 miles south of Chicago. In 1972 a woman was fatally shot near the mall in a robbery attempt. Then in 1973 another person was shot on the mall property, and a teenage girl was strangled to death.

Both due to regional economic decline and an increase in crime, Dixie Square Mall would lose many stores between 1973 and 1976.

The mall went through a renovation in 1976 in an attempt to rejuvenate the business, but these attempts failed. By 1978 the mall was down to 20 stores; the final “anchor” store JC Penney departing in January.

By November of 1978, the entire mall closed its doors with the exception of two stores with exterior entrances. Walgreen’s finally left by the spring of 1979 and by the summer the last store, Jewel Supermarket, vacated.

Shortly after the final store vacated the mall, director John Landis used the mall in the summer of 1979 to film The Blues Brothers. A large portion of the mall was destroyed during filming of the scene, and when the film crew departed they left much of the mall in complete ruins.

The city district attempted to sue Universal Pictures for the destruction, but financial considerations forced the district to eventually evacuate the property altogether and terminate legal proceedings.

The property was once again left to rot. 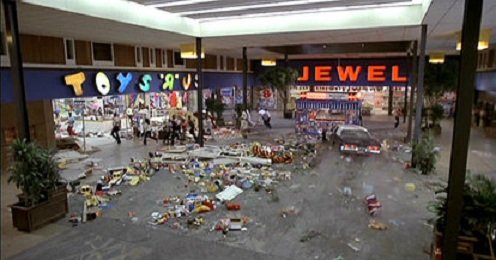 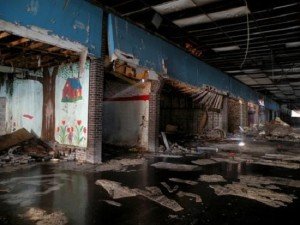 The 1980s were not kind to Dixie Mall; vandals broke in damaging and looting the mall, breaking every pane of glass and salvaging any copper or other valuable building materials.

By 1985 every valuable piece of metal had been stolen, and the canvas over the food court area was removed, further exposing the mall to the elements. This would only hasten the decay. 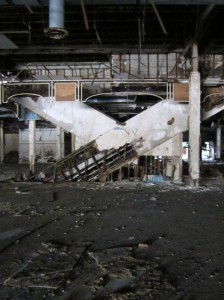 The 1990s saw the mall turn into a haven for gangs, murders, and drug activity. The homeless, vandals, and urban explorers would also continue to break in every possible entrance.

With no security guards or regular police patrols, the mall has been left to its own devices against all sorts of threats.

Numerous attempts were made by the city to board up the mall, but vandals kept finding ways inside.

The 2000s saw fires ravage through the mall on several separate occasions. The fires – not believed to be started by accident – caused the roof to cave in and brought vegetation inside the mall.

By 2005 the city was finally able to afford to demolish the mall, but the discovery of asbestos early during demolition halted the plans.

The threat of asbestos drove the cost of demolition up and pushed the time horizons for demolition further away. 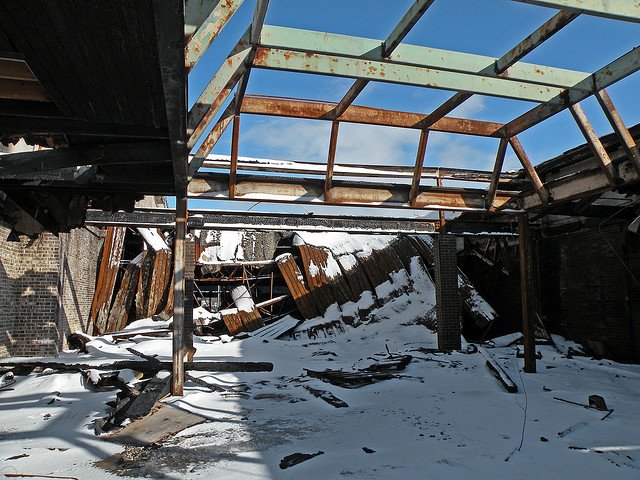 End of the Road

By 2010 the governor of Illinois finally announced a government grant of $4 million dollars to help demolish the mall. In January of 2012, the permits for demolition were finally issued.

The asbestos was dealt with by February, and the final demolition of the mall was completed on May 17, 2012.

Bird’s Eye View of Dixie Square Mall prior to demolition: 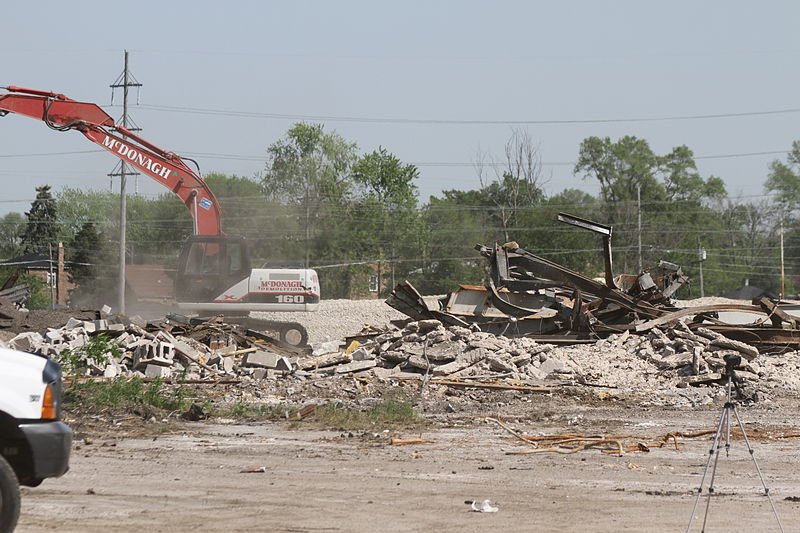