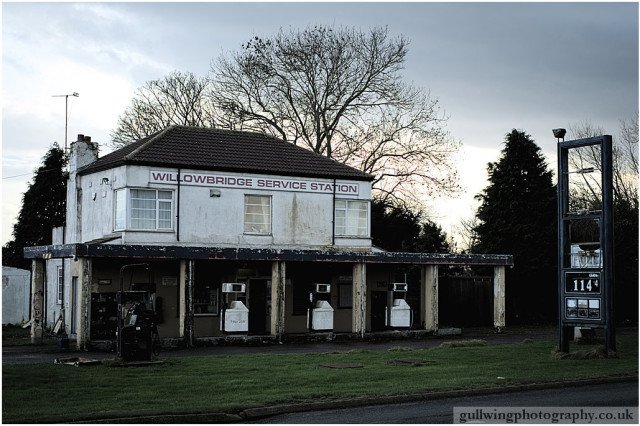 At first glance this 1930’s filling station tucked away on a country road in Northern England is unspectacular. Yet visitors to the Willow Bridge Service Station are treated to a collection of dilapidated cars and rotting caravans scattered around the property.

Willow Bridge is not abandoned, and is still very much in business. However today it only serves decomposition, diesel, and rust. The station lacks a fantastic history, but it does host a few dozen abandoned vehicles collecting moss and succumbing to the local flora.

England-based photographer Guy Carpenter has captured the decay in detail and shares his images of those brave conveyances who elected to stay behind to confront a ferrous fate. 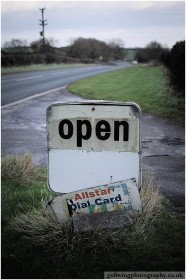 The Willow Bridge Service Station is in rural Newton Morrell, about five miles from Darlington and seven miles from Richmond in northern England.

The station occupies a 1.75-acre plot on “the old Great North Road” (subsequently known as the A1), a road which connects Barton and Stapleton. While the road is not a major thoroughfare, it is an arterial route between the communities.

Details online about the station are scant, although local lore does fill in the gaps. According to our photographer, the station has sat in this condition for as long as he can remember.

A search of the station’s history indicated there might be a relationship between the Blackwell Grange Golf Club and the Willow Bridge Garage.  From 1994 to 1998 a gentleman named Campbell Brown Dawson (b.1940) was employed by the Golf Club while apparently serving as the director of the garage. 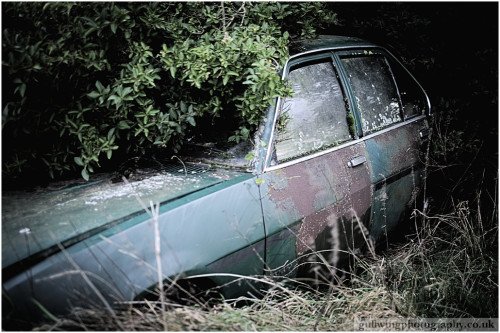 Digging deeper yielded that the same Mr. Dawson was nominated for the Conservative Party in the District of Richmondshire’s Barton Ward and later served as Ward Councillor for the Newton Morrell Parish.

As recently as 2006, Willow Bridge was serving as a Q8 station.

According to a recent real estate listing, the longtime owner has retired, and the station – while still open – appears to offer a fraction of the goods and services it did decades prior. The previous owner reportedly operated the business for fifty-five years and resided with his family in the living quarters above the station, a three bedroom residence. 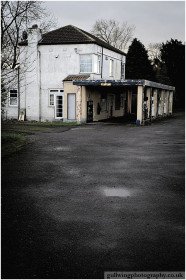 Downstairs was an office and small retail area which sold cigarettes and snacks. Out back the shop also had a three-ton, four-point lift used to service all varieties of cars and travel trailers passing through the area.

Caravan storage was a side endeavor for extra income. Recently it was reported as many as twenty-three units were registered in storage. The property officially has room for up to forty, each stored at £150 per annum.

Of course, some of the campers appear as if the owners will not return. 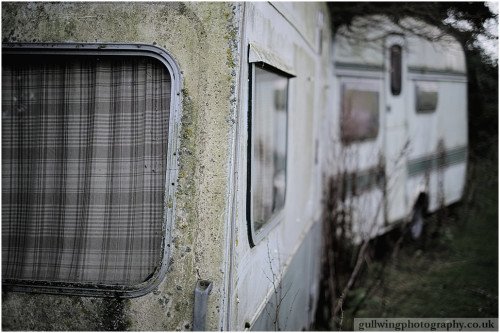 During its peak years Willow Bridge had three operating petrol pumps and one diesel pump, however only the diesel is still in operation today. Our photographer reports it usually runs about 10p higher than everywhere else.

The business might seem closed, but it runs regular hours of 8:00 a.m. until 5 p.m. Monday through Friday and 8 a.m. until noon on Saturday. It is closed on Sundays.

Although its listing has been removed by the seller, an advertisement for the property displayed an asking price of £465,000 (nearly $700,000 USD).

Before you rush to judgement on the asking price, consider the £6,000 annual caravan storage income potential, and that the sale would include all the site’s algae and moss.

Do we hear an opening bid? 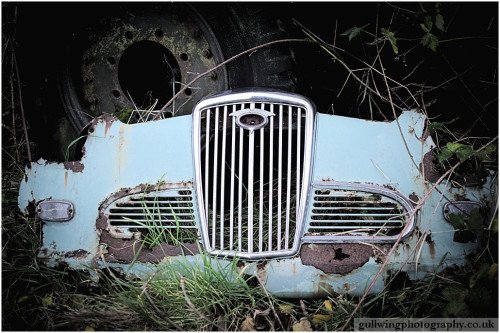 Thanks to Guy Carpenter of Gullwing Photography for the photos. View the rest of his set here.