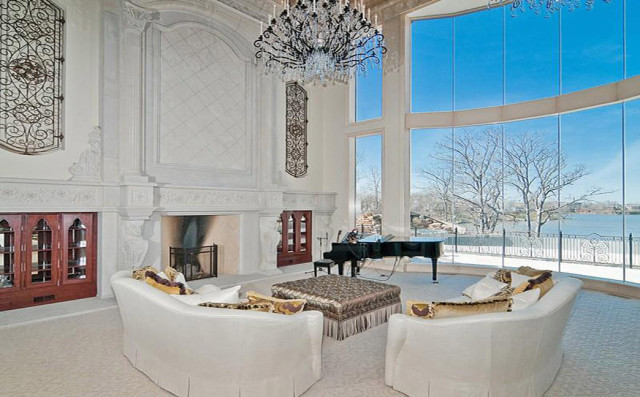 This house in Middle America fits the definition of excess (unless you consider having a bowling alley and an eight-car garage necessary). It’s builder’s use of the finest materials rang up an eventual construction bill of $27 million – in a neighborhood with a median home price of $234,600.

What makes this home stand out isn’t the forty-thousand square feet, hidden rooms, or any of its many spiral staircases. More interesting is the story of who built the home, and how construction was funded.

The home was the creation of Darain Atkinson, an entrepreneur with a crooked moral compass. Together with his younger brother Cory, the brothers launched down a path of three separate endeavors toward auto warranty fraud dating back to July of 2001. That year Darain and Cory Atkinson (pictured below) founded Big Time Productions, Inc., their first collaboration in this venture.

By February of 2003 the brothers decided to re-launch the company under the name “National Auto Warranty Services Inc.,” and for the next five years they made millions while observing explosive growth via deceptive business practices. In 2006 Cory reported no taxable income despite receiving distributions totaling more than $14 million.

After one too many misleading sales pitches, the attorney general got involved. And in 2008 the mistreatment of customers was significant enough to drive the formation of what would become the Vehicle Protection Association (VPA). The public caught on, and sentiment became increasingly negative. To avoid the poor publicity, the brothers decided to change the name once more.

“Fidelis” is Latin for faithful, loyal, or trustworthy. It was likely no accident that brothers Darain and Corey Atkinson chose this word when re-launching their auto warranty business in early 2009.

The name change to “US Fidelis” didn’t fool everybody, and by April of 2009 there were over 33,000 inquiries and about 1,100 complaints filed with the Better Business Bureau. Also not fooled were the now forty attorney generals investigating the Atkinsons, who would eventually succeed in shutting the brothers down.

above: US Fidelis logo.

below: old Fidelis online advertisement (Not a real ad)

But not before US Fidelis would eventually grow to become one of the largest auto warranty companies in the United States. The company did not stop writing new business until December 29th, 2009; three months later the company filed for bankruptcy. At the time US Fidelis listed assets of $74.4 million and liabilities of $25.8 million, according to the bankruptcy filing. Afterward Darain and Cory were accused of funneling $100 million of US Fidelis funds to pay for their cars, jewelry, and estates.

Restitution would be partially serviced immediately by the relinquishment of the brothers’ properties, including Darain’s enormous lakefront home in Lake St. Louis.

As it turns out unprecedented levels of fraud can buy stratospheric opulence, levels of which most middle class can’t even fathom. The house was built for a staggering $27 million in 2007, at the top of the real estate market cycle.

According to county tax records, the home Darain built at 5 Lakeview Court is 20,752 square feet (although some real estate listings indicated 32,767 and 40,000 square feet) and has nine bedrooms, twelve bathrooms, and four half-baths.

The home occupies 6.7 acres of prime real estate along Lake St. Louis, and when including the den, kitchen, living room, and study, the manor boasts a total of 24 rooms.

The economics are mind boggling. With the home’s 20,752 square feet and an estimated build cost of at least $26.7 million, the resulting math indicates Atkinson paid upwards of $1,286 per square foot for such magnificence.

Compared to his neighborhood’s 2007 median of about $120 per square foot, the former fraudster paid a staggering ten times more for his lakefront mansion.

What does this kind of outlay get a buyer? The largest home in St. Charles County, for starters. Here is a partial feature list:

The kids rooms had miniature porcelain toilets installed. Fanciful spiral staircases abound, including one which leads to a steeple that overlooks Lake St. Louis (at left).

This is not the only place in the home with views; at the back of one of the master bedroom walk-in closets is a hidden passageway (below right) which leads to a sitting area, also with sweeping views of Lake St. Louis.

If residents get tired of the spiral staircases, the house has an elevator. In the office and study, the floors were made of leather.

The house seemed to have everything, but it was only 90% finished by the time Atkinson’s world started collapsing and US Fidelis filed for bankruptcy.

At the time the company had at least 331 payments totaling over $7.2 million toward building expenses of Darain’s estate.

Contractors hadn’t been paid either; approximately $1.7 million across 20 mechanic’s liens were placed on the property as well.

Darain Atkinson’s assets were eventually turned over to creditors after the bankruptcy settlement for US Fidelis.

The list of assets collected was long, lawyers referred to the Lake St. Louis estate as “the big house” to differentiate it from Atkinson’s other multiple luxury homes, boats, cars, and other toys. (The bankruptcy estate received a $2.45 million offer to buy Cory Atkinson’s vacation house in Truckee, Calif., near Lake Tahoe, and a $675,000 offer on Darain Atkinson’s Lake Saint Louis house.)

An exception by the bankruptcy settlement was established for each of the co-conspirators’ wives, who were allowed to keep $500,000 plus $75,000 in jewelry and household items.

In April of 2010 the US Fidelis co-founder listed his Lake St. Louis mansion for sale, asking half the estimated cost to build just four years prior: $14.9 million.

Realtor descriptions are usually an entertaining read, and the Atkinson mansion was no exception. From the (now dead link) Sotheby’s property listing details: 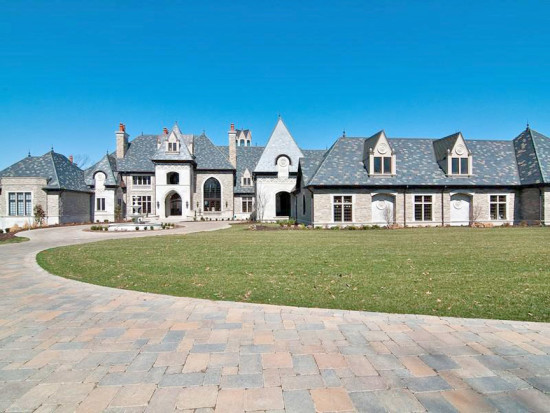 By November of 2010 the high bid was $4.75 million for the mansion, and it came from the recently-formed Lakeview Acquisition Group, LLC. In December it was reported the buyer was anonymous and an agent representing the buyer told reporters the house was not finished, needing an estimated $3 million to complete the indoor basketball court and pool. To offset this, the home’ purchase price included two boats, five mopeds, and a tractor. It was later learned the buyer was a local NFL agent with a roster of about 35 NFL player clients.

According to the agent for the buyer, it was an all-cash deal. “Nobody wanted to lend more than $4 million because of the location.”

[ In July of 2011 brother Cory Atkinson’s mansion, which had a children’s jungle gym larger than most people’s homes and cost $10 million to build, received a $2.8 million offer from a Boeing executive. ]

The following month the buyer would turn around and sue the bankruptcy estate for items missing from the sale including “a fountain, dining room furniture, and some household appliances and electronics.”

Also allegedly missing: “at least 24 audio speakers and a machine that regulates salt water in the mansion’s swimming pool.” The lawyers representing the bankruptcy estate called it a frivolous lawsuit and threatened sanctions.

In September of 2012 US Fidelis co-founder Corey Atkinson (himself already a convicted felon from a 1987 conviction) was sentenced to 40 months in prison and ordered to pay $4 million in restitution to the IRS.

Older brother Darain Atkinson (also already a convicted felon from a 1986 conviction) was sentenced to eight years in prison and also ordered to pay $4 million in restitution.

from behind the gate

not a single straight stair in the house

wife’s walk-in closet had its own spiral staircase

home is where the hearth is

not your typical kitchen storage

guest bathroom fit for a king

Watch: A local news story from 2010 takes viewers on a tour of the Atkinson mansion:

• Which house is the biggest in the United States? One home fighting for the title is Versailles in Windermere, Florida. Map it!

• NASCAR driver Rusty Wallace once had US Fidelis as a title sponsor. It did not go over well with fans. 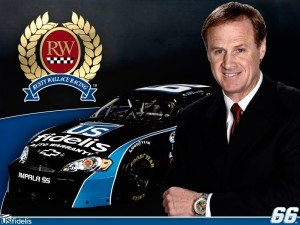