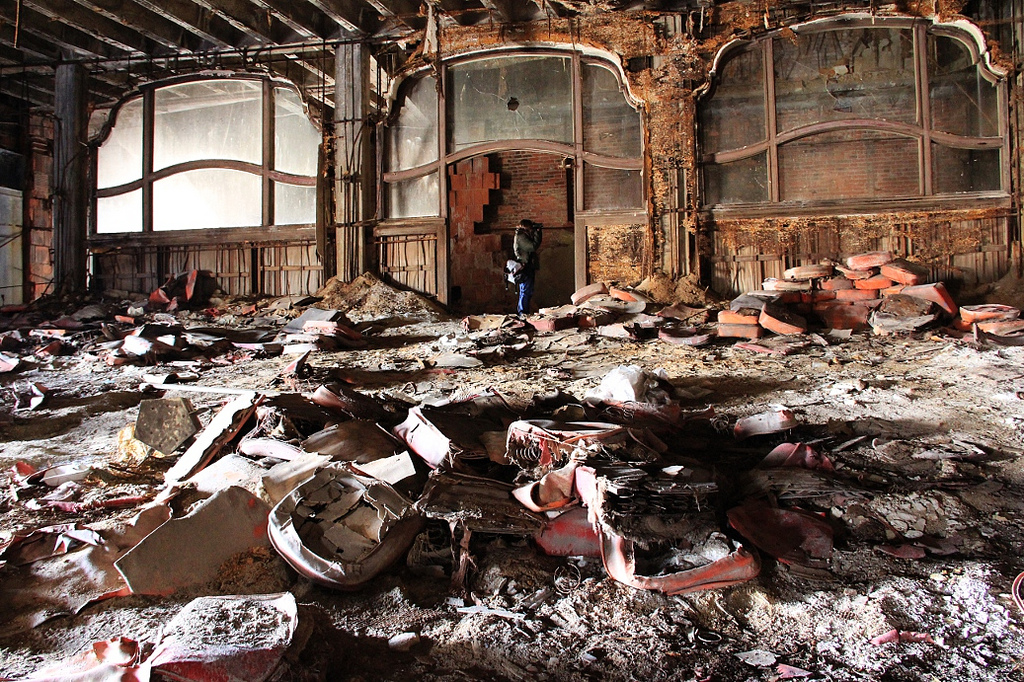 Another icon of Gary is the majestic Palace Theater, opened in 1925. One of the finer examples of Atmospheric theater design, it was the crown jewel of a northwest Indiana theater conglomerate. The theater would be the longest-running in Gary, and served residents for nearly 50 years before succumbing to crime and financial difficulties.

It has been abandoned for nearly 40 years, and today the Palace is one of five remaining Atmospheric theaters in Indiana. But without financial support, how much longer will it cast a shadow on Broadway?

The Palace Theater after construction with original vertical marquee 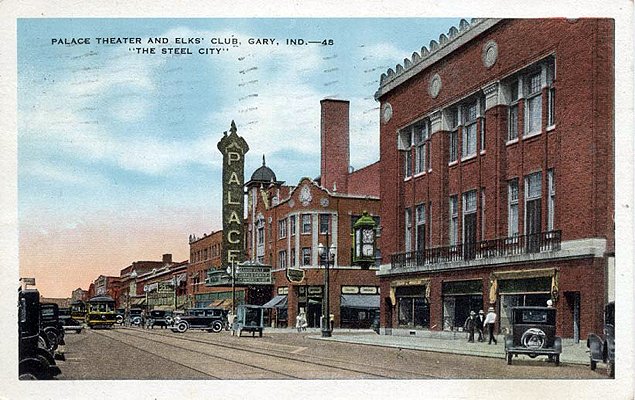 In the early days of Gary the theater business was booming. Entrepreneurs V.U. Young and C.J. Wolf formed Young and Wolf Enterprises and would grow their business to encompass more than 30 theaters throughout the Midwest. In Gary, they would run some of the most famous theaters in town.

Young would be the driving force behind the Majestic Theater on 5th and Connecticut opened in 1909, the Orpheum Theater on 8th and Washington, the Star Theater on Broadway, south of 9th Avenue, and the Cosy Theater at 9th and Jefferson – each of which were opened in 1910. 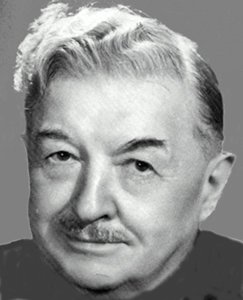 Young and Wolf then opened the Art Theater at 620 Broadway, which introduced the first pipe organ to Gary. In 1915, the duo opened the Gary Theater on Broadway just north of 5th; it was acclaimed as Indiana’s most beautiful playhouse. All of the Young and Wolf theaters were successful, but none as grand or distinguished as the Palace Theater, built ten years later.

The Palace was the creation of distinguished movie theater architect John Eberson (right). An authority of classic Atmospheric-style movie theaters, Eberson designed over 500 theaters during his career.

Young hired Maximillian Dubois’ construction company “Max and Sons” to build the theater, and in 1924 groundbreaking began. Construction would finish a year later, and when the Palace Theater opened in 1925 it was hailed as a civic jewel.

The classic structure at 765 Broadway (map) featured live stage shows and vaudeville acts. Acts at the Palace could entertain up to 3,000 guests, seated on multiple levels. The Palace was luxurious, ornate, and brought a class to Gary not previously seen at the time.

For decades the Palace Theater was a top destination for entertainers coming to Gary. Over the years the theater would transition with the times; vaudeville shows fell out of favor and movies would become rapidly popular.

The Palace then specialized in first-run films for the Northwest Indiana area after they played their engagements in Chicago. When movies at the Palace were 50 cents, it was a hit with the youth.

Gary theaters would experience a boom in the 1930s and 40s, but decline after. In 1944 citizens could choose between eleven theaters in Gary; by 1964 there were eight, and the number would decrease nearly every year thereafter.

The fortunes of the Palace Theater were no different. When domestic steel experienced an economic decline, violence in downtown Gary would escalate as unemployment increased. The Palace Theater was centrally located to the depressed region and bore the brunt of those who turned to desperation.

Repeated attacks and muggings would be reported in and around the theater. Throughout the 1960s crime steadily increased; eventually the area became so dangerous citizens refused to set foot on Broadway at night.

On April 14th, 1968, festivities at the Palace Theater would come to a halt when Roosevelt High School 10th grader Aldrid Black was killed after a movie. Four hundred spectators watched as the 15 year-old youth was stabbed to death in the crowded lobby after a showing of “Bonnie and Clyde.”

The death of the teenager was the final straw for the citizens of Gary; if it wasn’t before, the Palace Theater was now radioactive. Despite regular police presence, violent incidents continued to occur at the premesis. For the next four years it would struggle to draw crowds. 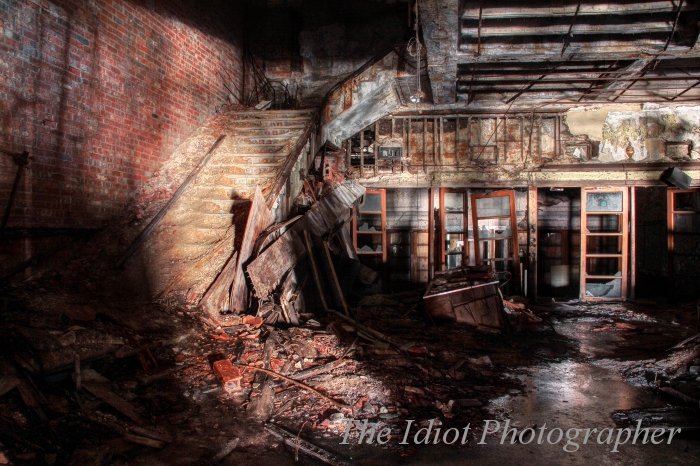 By 1970 the once-glorious Palace Theater had become an afterthought in Gary. It no longer featured premier traveling acts or vaudeville shows. It was no longer the place young men took their dates, or parents caught a matinee show.  Now, the only time citizens would read about the theater is when a crime was reported in the paper.

Perhaps wishfully, residents recited rumors for years the theater would shut down. By 1971 the Palace had been reduced to a haven for crime and drug-dealers. The theater itself had not been maintained and no longer enjoyed its original splendor.

When a young woman was attacked in the ladies room of the lobby in January of 1972, the town of Gary had enough; the Palace Theater was immediately shut down. 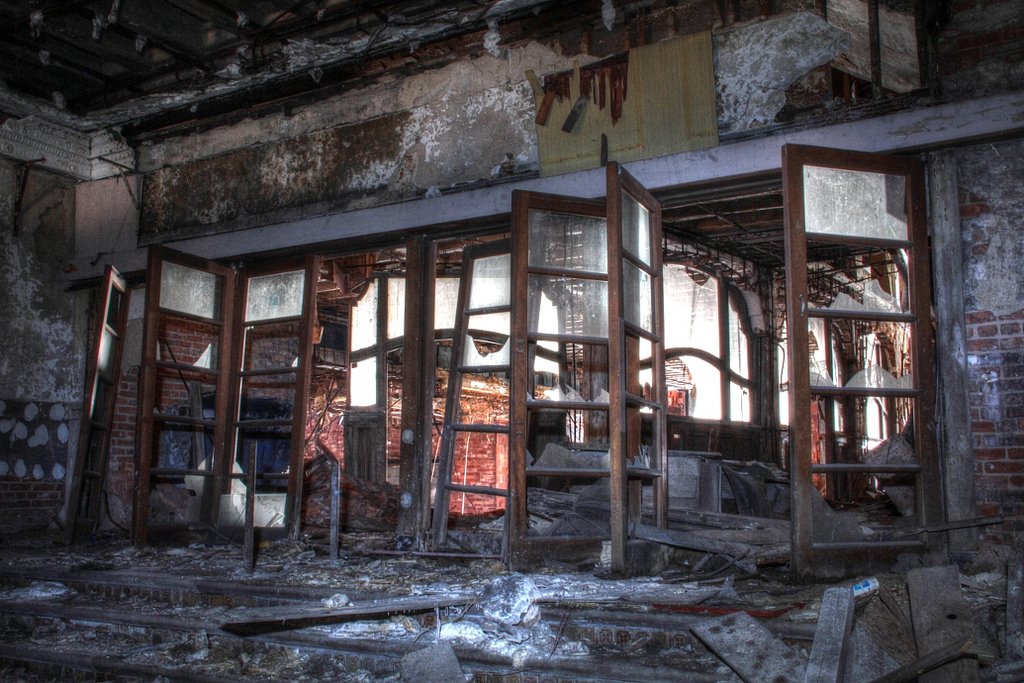 In November of 1975, the Palace re-opened as the Star Palace Theater. Local businessman Carl Williams led a group of investors in an attempt to resurrect the landmark. The Star Palace showed movies and hosted community theater.

Williams leased storefront space on the first floor to tenants, and soon the entire building was alive once again. The celebrated rebirth was short-lived, however, when the first-floor store owners complained Williams neglected to turn on the building’s heat. The tenants chipped in $150 a week to pay for oil for the furnace, but the plan quickly fell apart when water service to the building was shut off for past-due bills.

The tenants left and the theater closed once more. 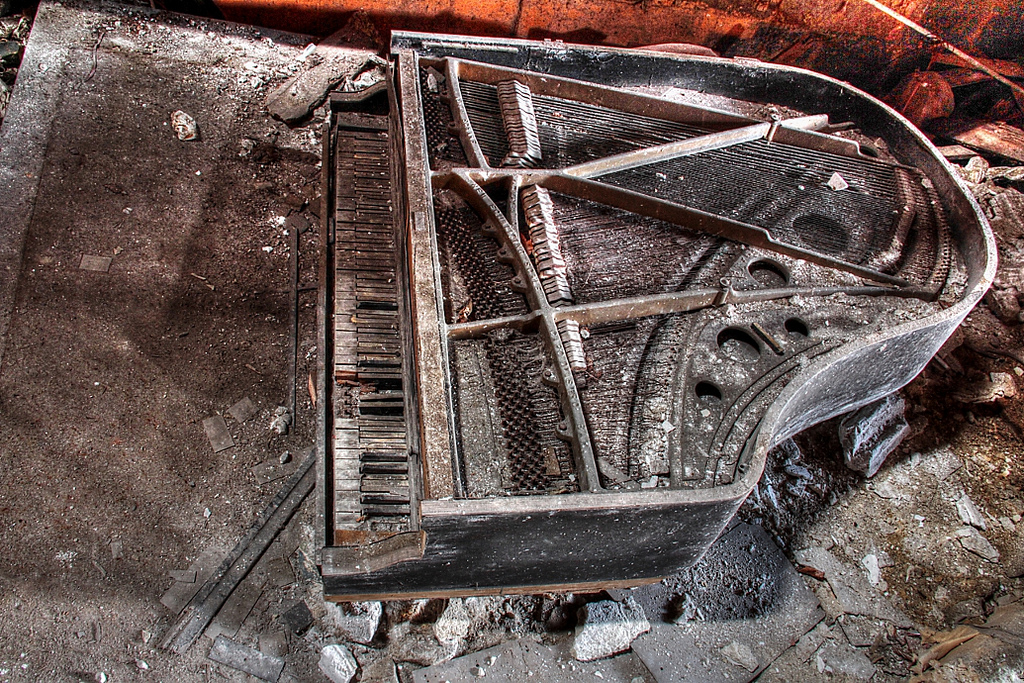 In the summer of 1976 the theater was reorganized and reopened as the Star Academy of Performing Arts and Sciences. A government grant helped the theater produce a series of children’s plays and musicals.

In the evenings, adults in the community were invited to participate. Residents raved about the group’s performance of the musical Mame.  But despite enjoying a renaissance of the arts, the cash-strapped theater would run out of money and close again later that year.

The theater would be abandoned once again for the next ten years. 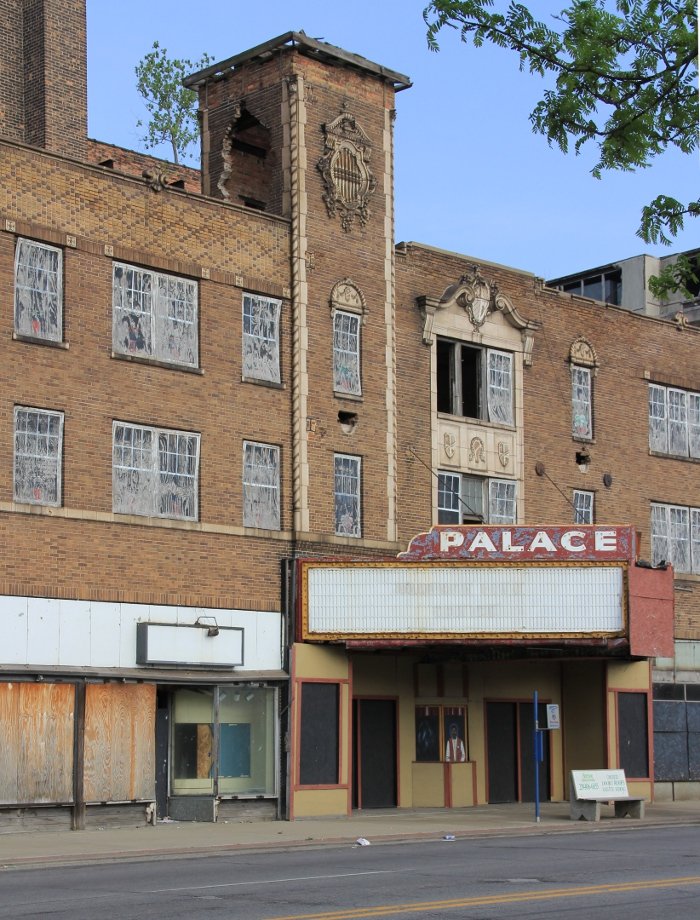 In January of 1987 Mayor Richard Hatcher announced plans to renovate the old Palace Theater on the corner of 8th and Broadway. The Ghandi-King Corporation, a group of prominent doctors led by Dr. William Washington II, announced plans to breathe life into the building which had been abandoned for 15 years.

Along with Washington, Dr. Keshavd Aggarwal and Dr. Shreyes Desai purchased the property at a tax sale in August of 1986 for $30,000. The three planned to invest between $500,000 and $1 million to renovate the old theater and storefronts. In addition, the doctors would open a restaurant on the 8th Avenue side of the building to supplement income from the theater operations.

The optimistic Ghandi-King Corp. shunned the national trend of viewers toward multi-screen theaters in shopping malls, video rentals, and cable television. Instead, they banked on the theater’s history adding value to the movie-going experience. The doctors also believed they were at an advantage since there were no other movie theaters in town.

Despite the claims, progress would not come as fast as hoped. By June of 1988 the four Broadway storefronts of the Palace Theater were still vacant. Office and apartments above the storefronts also sat empty. 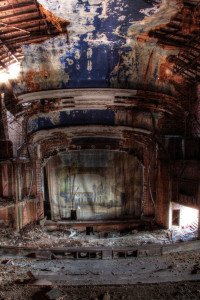 Part of the problem was the condition of the units; the doctors had neglected to repair or remodel the structure. As an incentive, Ghandi-King decided to offer one-year leases to tenants for free. In exchange, the tenants would have to make repairs and pay utilities.

The free rent plan to attract tenants was a success, and by the summer of 1989 the first floor of the Palace Theater building was once again lively. The store spaces were leased and now the neon signs of a new 148-seat restaurant named Colors glowed throughout the day. The full-menu restaurant was open for breakfast and lunch and was open seven days a week.

The novelty of a sit-down restaurant on Broadway quickly wore off as crime continued to permeate the downtown area in the late 1980s. After several months the restaurant was forced to close its doors, despite the luxuries of operating rent-free.

The doctors never finished the restoration of the theater, and when the businesses left they abandoned the project. 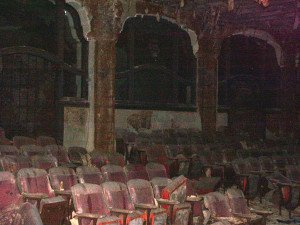 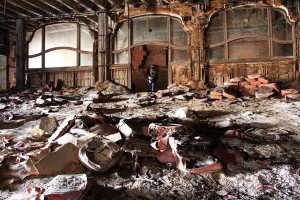 In the years since, the Palace Theater’s east and south walls began to sag. The once-proud marquee which proclaimed “Open for Business” was now missing letters and seemed to lethargically whimper “Ope or bus.”

A leaky roof and vandals have combined to strip away much of the decorative plasterwork inside. Scavengers have stripped the copper dome from the tower that faces Broadway, and the terra cotta fixtures have been robbed leaving gaping holes.

In February of 2001, Mayor Scott King announced an agreement with Donald Trump to bring the Miss U.S.A. pageant to Gary. Suddenly, the entire town needed to undergo a makeover before television crews would arrive. 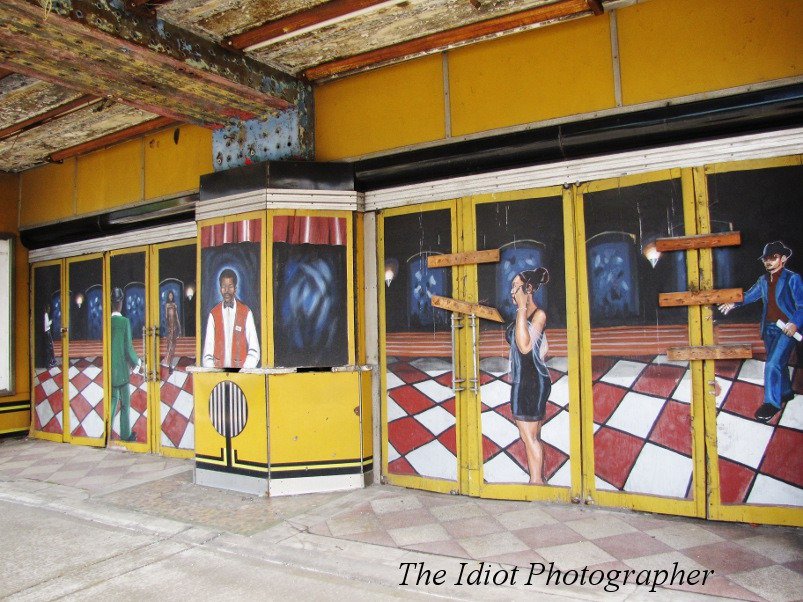 Neighborhood Service Company of Chicago was hired to paint murals on boarded up buildings along Broadway. NSC was tasked with dressing up the facade of Palace Theater, and in the spring of 2001 they installed fake windows and painted human silhouettes. Trump’s organizers also had them install a new marquee which read “Jackson Five Tonite.”

While this made for great photos, it is misleading; the Jacksons are from Gary but they never performed at the Palace Theater. 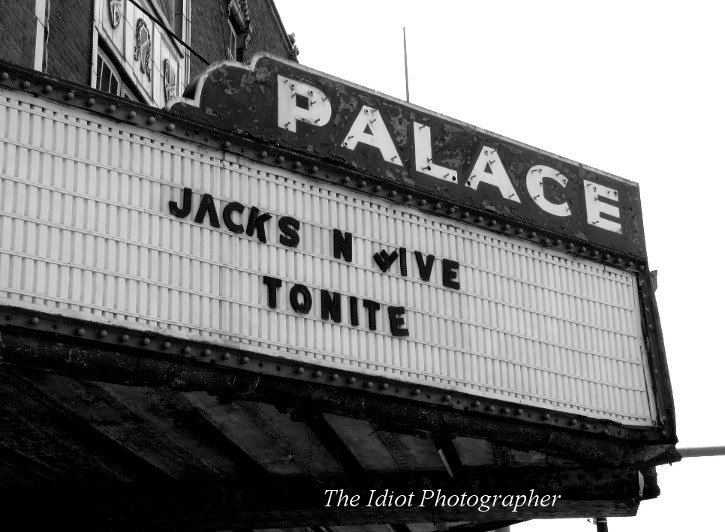 In advance of the pageant, the city barricaded all doors and windows to keep the public out of the building. The front entrance was continually padlocked as well, but every time the lock was broken off and trespassers would find their way inside.

With insufficient resources the city was unable to keep scavengers out.

Over the years, scavengers and vandals have had their way with the building. By September of 2002 the balcony’s rear fire escape door had been forced open and the rear exit door of the auditorium had been completely broken off.

Vandalism and water damage have claimed most of the original ornate plasterwork. On the stage of the old theater still looms the exotic, painted backdrop depicting Morocco (below), left over from the Palace Theater’s last production.

In August of 2004, city officials announced the Palace Theater had made the shortlist for demolition. Odds were in the theater’s favor, however, as there were over 40 properties on the list and the city didn’t have the money for any of them.

In March of 2005 preservation groups protested the city’s inspections for demolition. Engineering advocates for preservation of the structure revealed the cost to stabilize the ailing building was $50,000, about how much the city was going to spend to tear it down.

Eventually, city officials agreed to stop demolition plans and instead pay to keep the structure standing – but only if the preservationists could locate a developer willing to buy the theater and restore the site. The enthusiastic group agreed and began to line up investors.

The city would receive two bids to renovate the Palace Theater: one from Gary-based Bauer Laterzo Studio and another from Chicago-based Thornton-Tomasetti. However by June of 2006 the developers had not followed through and plans had stalled once again.

City officials announced while they had no plans to demolish the structure, they were no longer going to pay to stabilize it. The building would be abandoned again.

When Gary native Michael Jackson died in 2009 plastic signs reading “Jackson Five Forever” were placed on both sides of the Palace Theater’s marquee, but they were quickly lost to the elements or thieves. 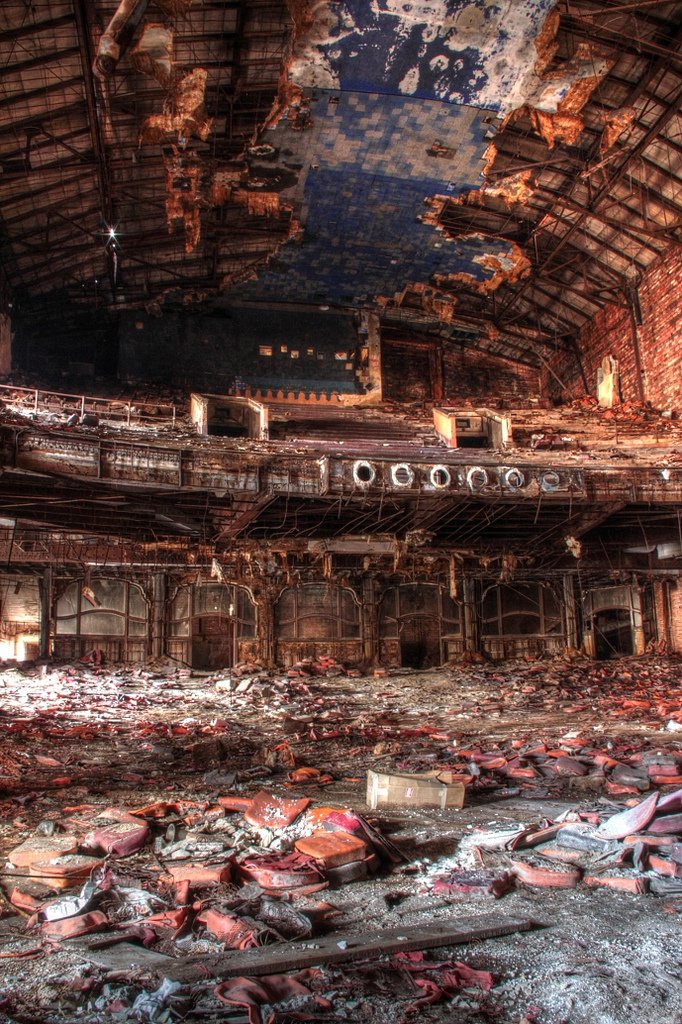