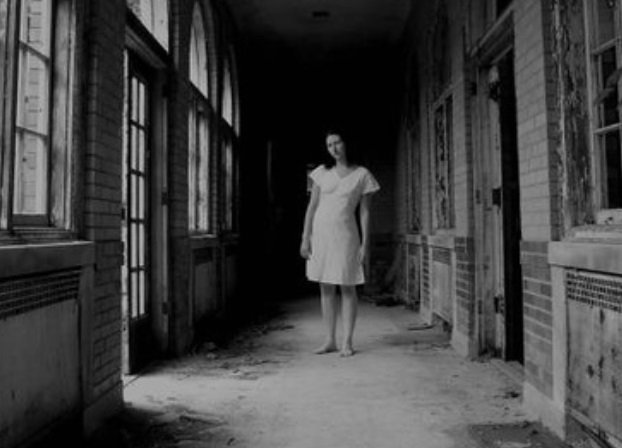 Genevieve “Gennie” Pilarski quietly passed away in her nursing home room one September day in 1998 at the age of 79.  Few noticed or cared as she had been a prisoner of Illinois state mental institutions for over 50 years. 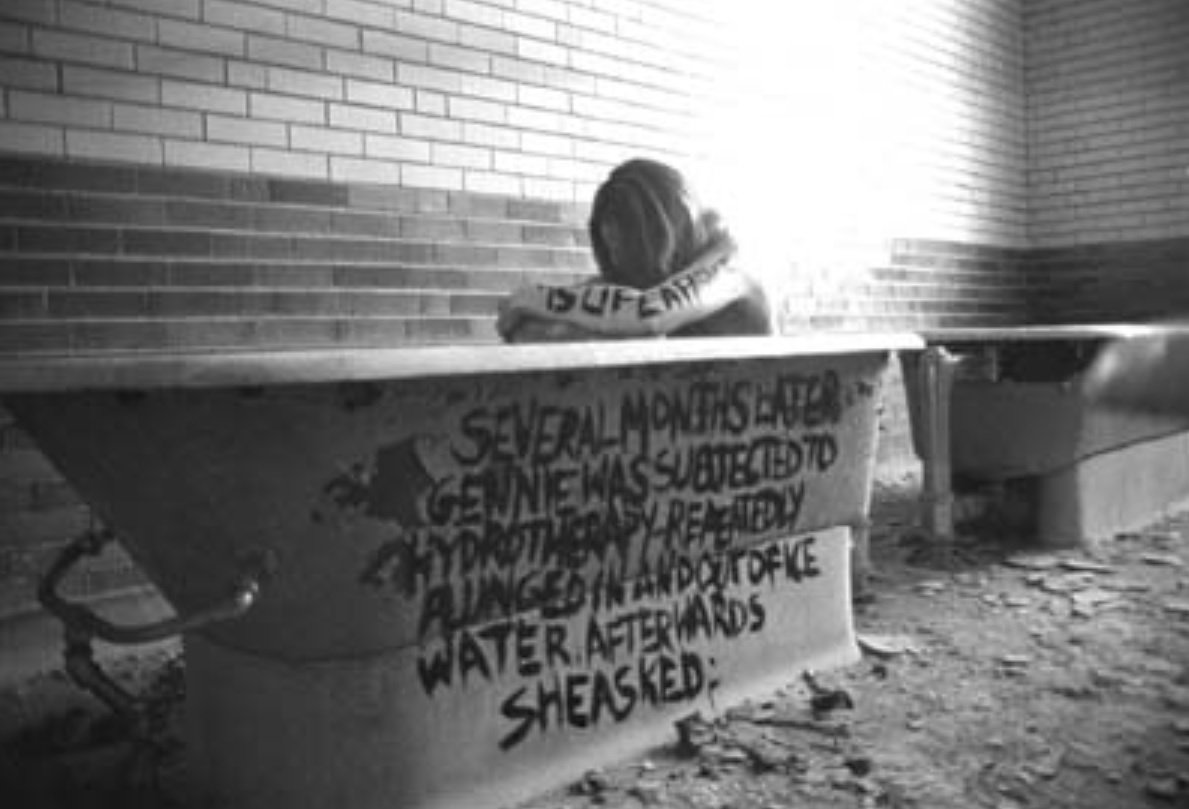 Gennie’s life before college is not well-documented, but we know she was gifted and suffered from bouts of depression.

Gennie Pilarski enrolled at the University of Illinois in 1941 with a major in chemistry, and would study for three years before a disagreement with her parents over where she would live resulted in her being sent to Manteno State Hospital in 1944.

“No signs of active pathology” 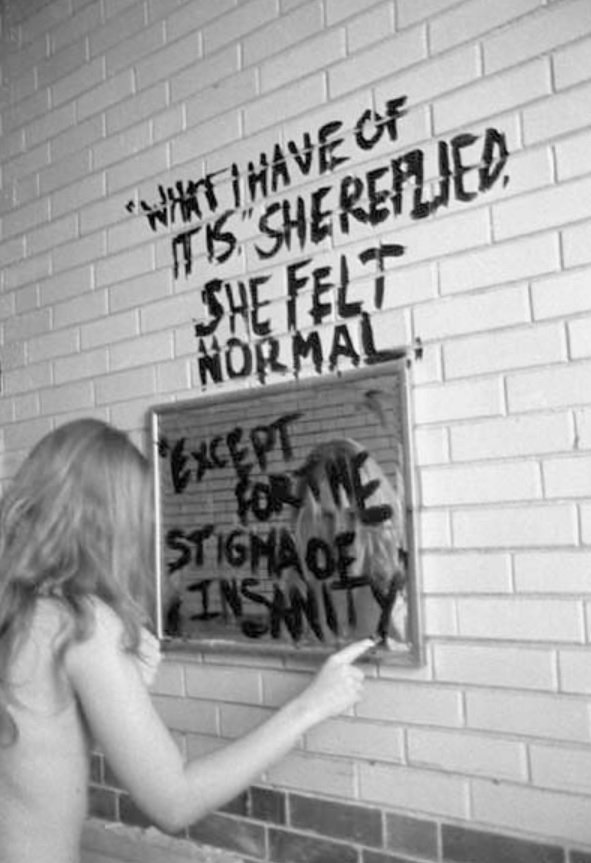 Another early account has Gennie questioned by a therapist if life was worth living. Replied Gennie Pilarski, “What I have of it is.” Gennie asserted she felt normal except for the stigma of insanity that comes with being a patient in an “insane asylum.”

Gennie deliberately used that phrase with little attempt to hide her displeasure for the circumstances of how she came to be there. The therapist noted that Gennie kept repeating a statement during the examination: “A person that is 25 years old should be away from family entanglements.”

When asked what she would do if she were released, Gennie said she would like to have a job, get some new clothes, and some books. She also indicated she would buy powder, rouge, and other makeup – typical fare for a 25 year old female of the time.

Several months later Gennie Pilarski was given an experimental version of hydrotherapy at Manteno State Hospital. The hydrotherapy used at the time involved plunging the patients into bathtubs filled with extremely hot and cold water back to back for extended periods of time.

Not understanding her crime, Gennie’s only words: “Is life a farce?”

By August of 1945, Gennie had been given 40 insulin coma treatments and she was nearing her fifteenth session of electric shock therapy – all in addition to her hydrotherapy routine.

Her second evaluation wasn’t nearly as positive as the first. A physician wrote that Gennie was “Idle. Rather unfriendly, does not mingle. Occasionally talks in a very disagreeable way to the other patients.” 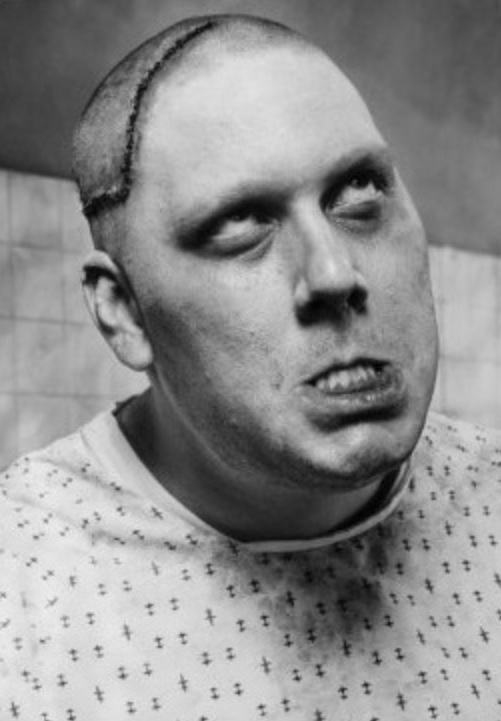 By the middle of 1953 Gennie had already received 187 electric shock therapies, averaging treatment twice a week. She was transferred to the research ward at Manteno State Hospital, where medical experimentation took place on mostly involuntary patients.

One procedure that was beginning to spread across the country at the time was a form of psychosurgery known as the lobotomy.

For reasons unknown, Gennie was the subject for a lobotomy procedure in early 1955. According to records she had “extensive neurosurgery with bilateral extirpation of most of the frontal and temporal lobes.”

now mute, totally dependent on commands for functioning of everything from toilet urges on up. To be given an experimental course of (electric convulsive therapy) to see if any affective change can be brought about.

By all accounts, the lobotomy was a complete failure. Gennie was largely unresponsive, and subjected to yet another seven sessions of shock therapy.

Confused. Unresponsive. Needs supervision because of wandering. Has to be led and helped. Unsuitable for further research. 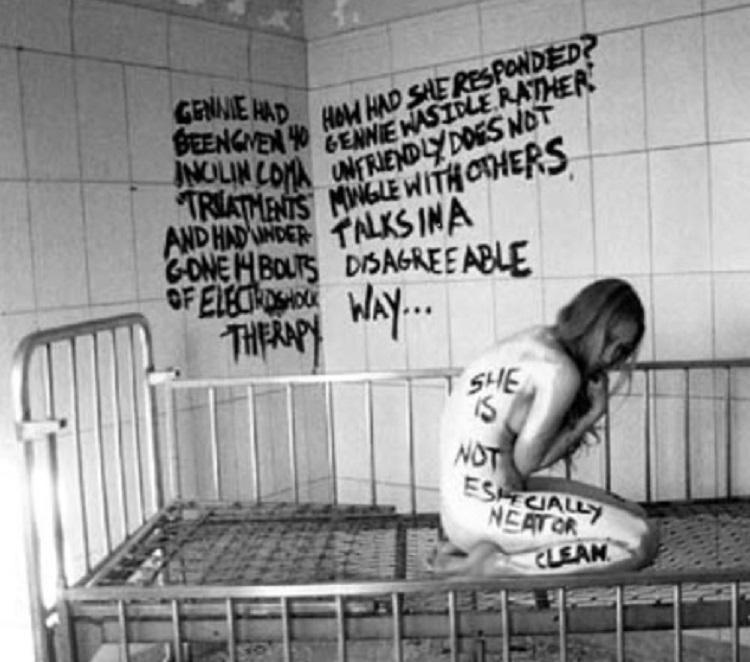 For the next 45 years Gennie was the failed experiment, left as a mumbling woman who stares at walls. She would be moved between state institutions and homes, treated as a legacy responsibility no one wanted.  The state had turned Gennie into an incoherent and soulless shell, plagued by demons only she could understand.

For the last 20 years of her life doctors reported she was “incapable of any kind of human interaction” and she was reported to have spent her final days “buried under her bedclothes or roaming the halls of her nursing home, drooling and babbling.”

Sadly, for the time much of what happened to Gennie was not considered unusual or cruel; our reactions today are fueled by medical knowledge far beyond what doctors of the era knew.  Fortunately advances in medicine have made the process more humane, if not morally acceptable.

In the beginning Gennie just wanted to be “free from family entanglements at age 25.”

In the end, that was her crime. 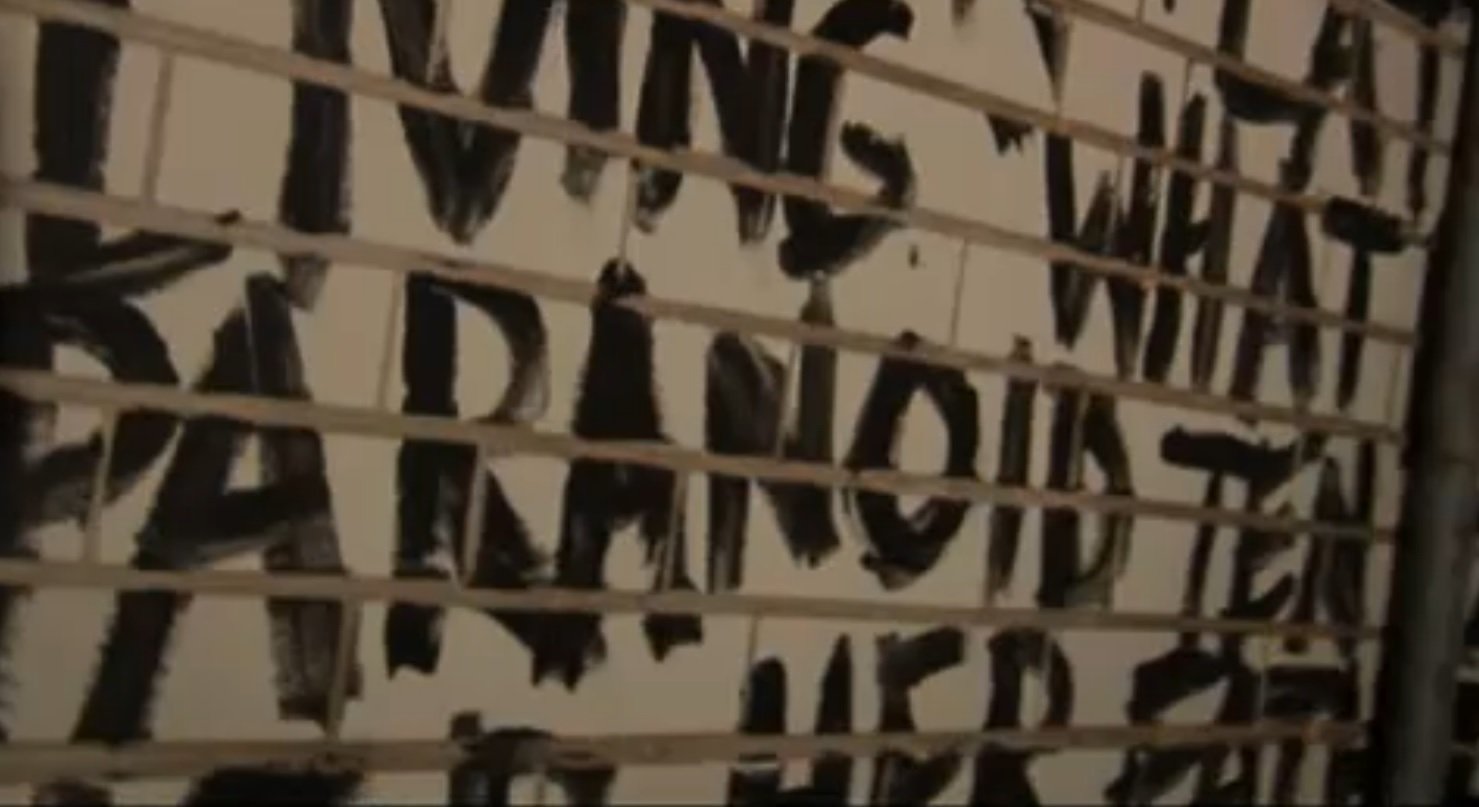 Pictures from “the Gennie Messages” courtesy of Kristyn Vinikour