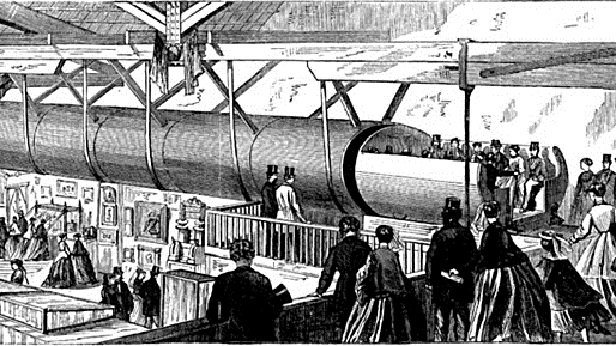 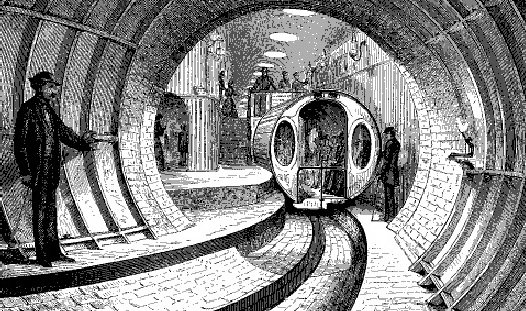 Alfred Beach was an inventor and editor of Scientific American magazine. He was also a visionary for subterranean rapid transit. By 1849, New York was already a bustling hub of activity. Beach saw a need to ease the congestion on the city streets, so he penned a piece proposing an intricate system of underground tunnels for transit.

When he learned of the advances being made in pneumatics, Beach adopted the technology for his underground transport concept. It was an innovative concept, but ultimately costs would be too high for it to be practical. The concept would ultimately be little more than an attraction, and it would quickly be forgotten when the novelty wore off. 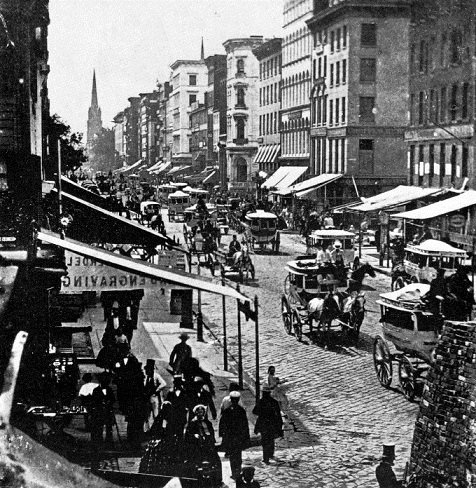 In 1869, the Beach Pneumatic Transit Company began construction on a 312-foot long tunnel under Broadway in New York City.

The project was not widely supported at first; initially Beach could only get permits to build a tunnel for postal delivery tubes.

This was later amended to allow for an excavation of a single larger tunnel wherein the smaller postal tubes could reside.

Since initial support was spotty, Beach was required to fund the entire project himself and strict secrecy was adhered to during the excavation – not even the mayor was allowed to view progress during the dig.

The ambitious project was completed 58 days and $350,000 later, joining Warren Street to Murray Street. The completed project was little more than a short ride down a dead-end tunnel and back, but it was only meant to showcase what pneumatic technology could do.

Alfred Beach hoped to secure additional contracts to expand the Beach Pneumatic Transit System under other parts of Manhattan.

The underground lobby was very ornate, decorated with frescoes, statues, and even a gold fish pond was on display for passengers to enjoy while waiting for their ride. Fares were only 25 cents and all proceeds were donated to charity.

After two weeks of operation, the Beach Pneumatic Transit Company had sold over 11,000 rides, and by the end of 1870 over 400,000 people had experienced the pneumatic subway.

By the time Mr. Beach finally received city approval to continue building his first subway pneumatic transit enterprise, public and financial support had waned. The 1873 crisis in the stock market was the death knell for the project, and with no funding Alfred Beach finally abandoned the idea. 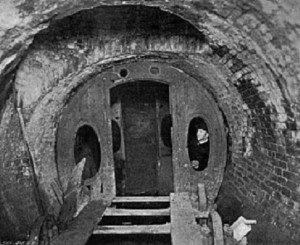 The tunnel entrance was sealed and the station, which resided in the basement of the Rogers Peet Building, was lost to fire in 1898.

Alfred Beach died in 1896, his dream of a mass-transit via pneumatic transport never fully realized.

The Beach Pneumatic Transit was forgotten until 1912, when workers excavating for modern subway lines dug into the old Beach tunnel and discovered the remains of the car and tunneling shield used by Beach and the first subway to run through the area.

Currently there is nothing left of the Beach Pneumatic Transit as it occupied what is present-day City Hall Station. The original pneumatic car and tunneling shield from one of the world’s first subway systems have since been lost.

Today we have nothing but memories and a few photographs of Alfred Beach’s first subway attempt with the BPT.

Perhaps Beach was just ahead of his time; science is still forging advancements in pneumatics and feasibility studies of pneumatic mass transport continue to this day. 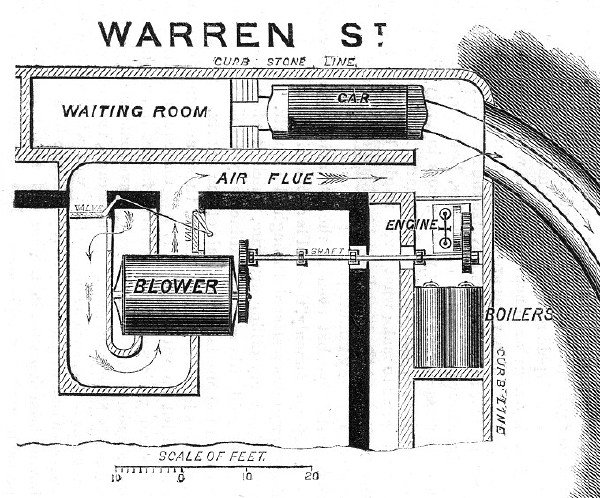