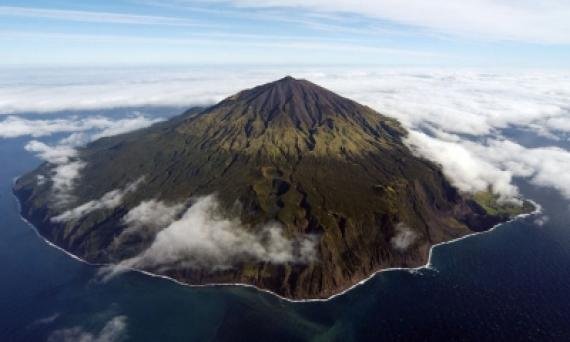 Tristan da Cunha would fit the bill, a small island of 37.8 square miles located 1,240 miles away from nearest land. Don’t think you’ll fly there, as there is no airstrip on the island; this one is accessed via boat. 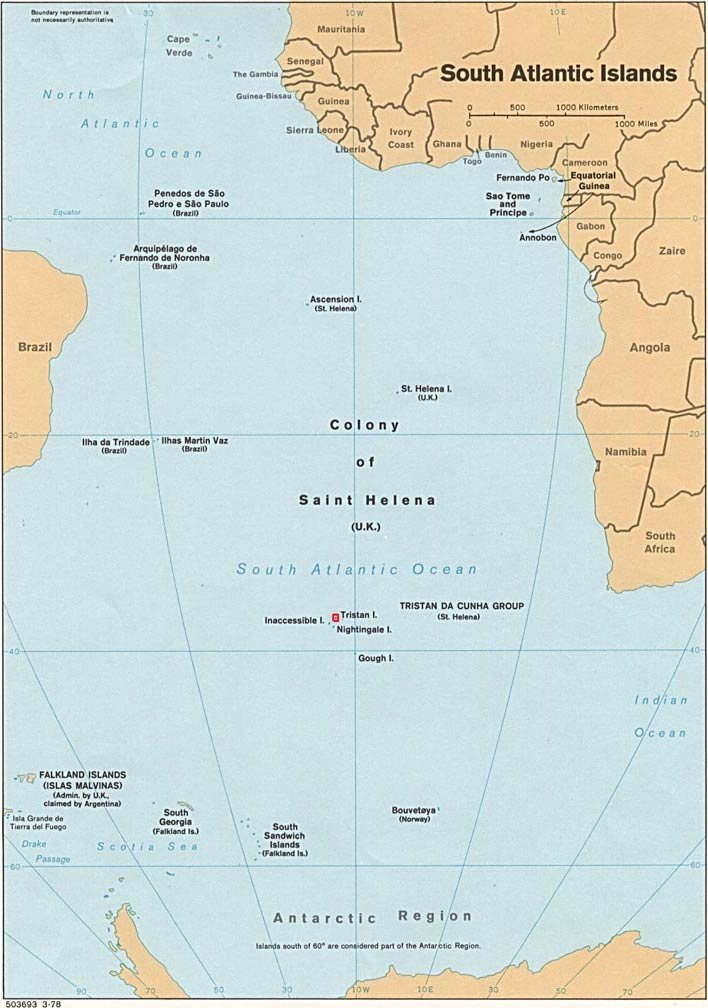 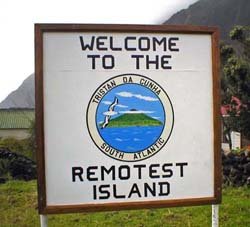 Not as remote as Bouvet Island, but remote nonetheless, Tristan da Cunha is part of a volcanic archipelago in the South Atlantic Ocean.

It was discovered in 1506 by a Portuguese explorer named Tristão da Cunha.

The first survey of the island was conducted in 1767, but the first permanent settlement didn’t occur until 1810. 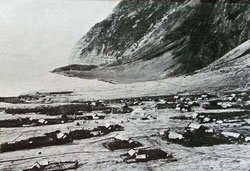 By 1816 the United Kingdom formally annexed Tristan da Cunha in an attempt to keep it away from the French and Americans, as its location proved to be a strategic asset.

In 1867 the main settlement was given the name “Edinburgh of the Seven Seas,” named for the Duke of Edinburgh who had visited that year.

Today residents refer to it as “the settlement.”

In the following years the little island had several newsworthy events: The United States tested an atomic bomb nearby in 1958, a volcanic eruption in 1961 forced an evacuation of the entire population for several years, and in 2001 the island was hit by a 120 mph cyclone. 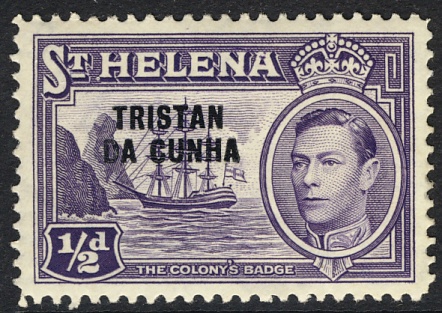 Today, about 262 people reside on Tristan da Cunha. Mostly farmers and fishermen, the residents of Edinburgh of the Seven Seas live a quiet, peaceful life.

There are 80 families living on the island, but they share only 8 surnames. Land ownership is communal and healthcare on Tristan da Cunha is free, but limited.

Tristan da Cunha didn’t have television until 2001, and they only recently received a postal code in 2005.

What do you think? Would Tristan da Cunha be your ideal getaway? Why not visit their website?