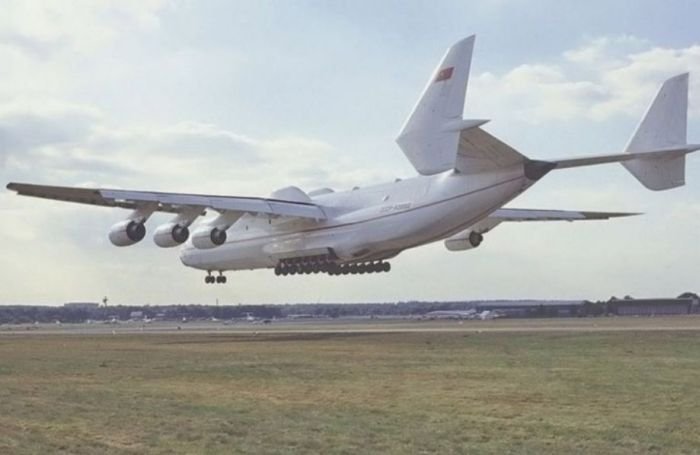 Bigger than a Boeing 747 and Airbus A380, longer and heavier than the Hughes H-4 “Spruce Goose”, The Antonov An-225 Mriya is a strategic airlift cargo aircraft developed by the Antonov Design Bureau in the Ukraine and stands as the largest aircraft in the world.

Known for its immense carrying capability, the An-225 can carry 550,000 lbs. internally or 440,000 lbs. on the upper fuselage. A behemoth with the sole mission to carry cargo, the An-225 requires six turbofan engines to keep its payload in the air.

The original Antonov An-225 requirements warranted building the largest aircraft in the world. It was originally designed to function as a Russian Space Shuttle carrier aircraft, assisting the Buran space shuttle of the Soviet Space Program with transport. The plans were first laid out by thee Antonov Design Bureau in the early 1980s, but the first operational flight wouldn’t occur until December 21st, 1988.

Only one An-225 was built; initial plans were to build several An-225s, but the collapse of the Soviet Union in 1991 saw the cancellation of the Buran space program and the associated Antonov contracts.

Despite this, a second craft was partially constructed – but never finished. 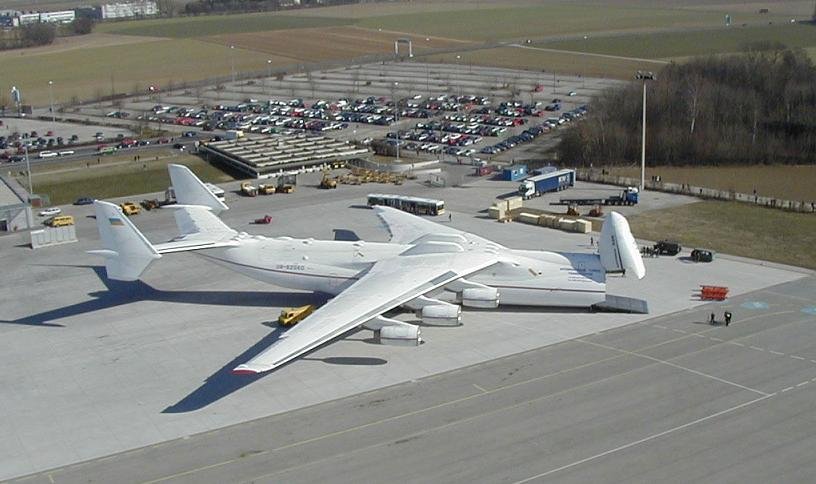 By 1994, the lone An-225’s future was in doubt. Too expensive to operate, the engines were removed and it was placed in storage along with the second, unfinished An-225.

In 2000 the international need for the moving of strategic heavy equipment brought the An-225 back into service. Over the next five years demand for the Mriya’s services would grow; in 2006 Antonov decided to finish construction of the second aircraft.

However at the same time, demand would start to wane and when the 2008 financial crisis struck, plans for the second aircraft were put on hold once again. 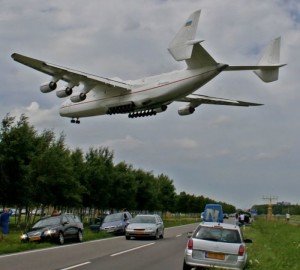 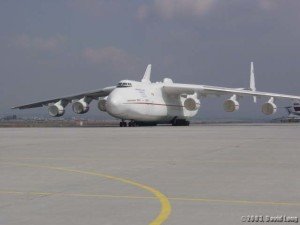 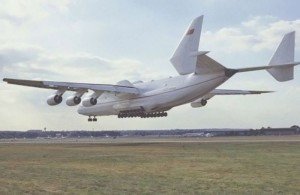 So just how substantial is the Mriya?

• It requires six Ivchenko Progress D-18T turbofan engines to carry its payload in the air.

• The landing system has 32 wheels.

The largest single piece of airlifted cargo ever recorded was on an Antonov An-225.  A generator for a gas power plant in Armenia was 53.2 feet long, 14 feet wide and weighed 416,900 lbs. 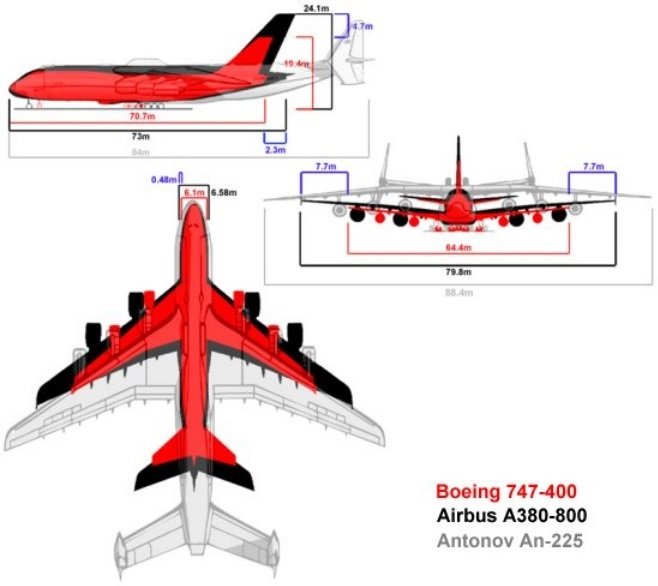 The Antonov An-225 is still in use today. Many nations – including the United States – still contract the aircraft when necessary.

From chimney ducts to generators and war tanks to wind turbine blades, the Antonov An-225 has carried just about every large object that has required a transcontinental move.

Construction of a Mriya