When we studied Native American history in school, we learned about many tribes. Chances are you don’t remember learning of Cahokia, a long-extinct civilization originally near what is now Collinsville, Illinois. First established around AD 600 and inhabited by a unique indigenous people, Cahokia was a civilization comprised of about 50 communities over 2,200 acres.

They built 120 earth mounds – some over ten stories tall – in the largest prehistoric earthen construction site north of Mexico. The Cahokians were advanced people who did not appear to be related to any major known Native American tribes. By 1250, Cahokia’s population rivaled Paris and London; at its peak in 1300, Cahokia numbered an estimated 40,000 people. It wasn’t until 1800 that a modern U.S. city would finally surpass that number.

After 1300, the population declined for unknown reasons and the city would lie vacant for another century. 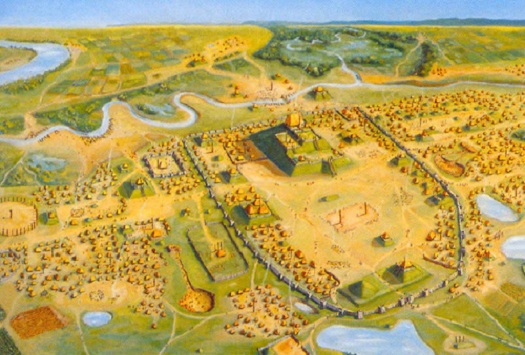 What makes Cahokia so fascinating is how little we know about it. Despite being advanced for a Native American people, they did not leave written records. Instead we have symbols on pottery, stone, and wood.

Since we have no Rosetta stone, much of the original city – including its name – is still unknown. The Cahokia name was actually given to the area in the late 1600s, named for the Native Americans that settled nearby many centuries later.

The most striking feature of Cahokia is the earthen mounds. Experts believe thousands of workers moved an estimated 55 million cubic feet of earth over a span of several decades. The workers didn’t have complex technology or building techniques, so these weren’t exactly the pyramids of Egypt.

Laborers carried earth up each mound by hand in woven baskets, making multiple trips each day. 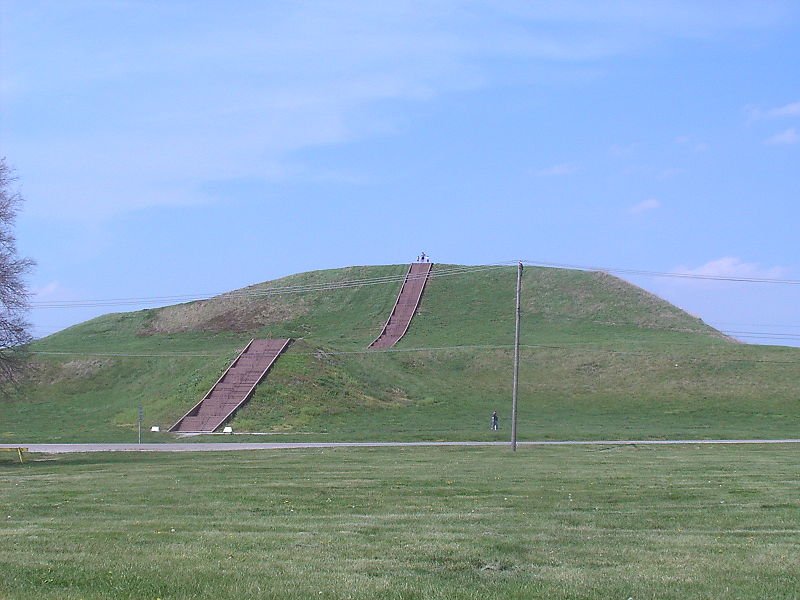 The top of Monks Mound had a large, flat reinforced area which historians believe was home to a massive 5,000 square-foot temple about 50 feet tall. This temple was thought to have been the residence of the paramount chief and was said to be visible from anywhere in Cahokia.

Of the 120 earthen mounds the Cahokians constructed, only 80 remain today. Unfortunately farming and industrialization of the area has taken its toll: an estimated 40 mounds have been leveled or razed over the last 200 years for various reasons.

Of the 40 since-razed mounds, 29 have been located by archaeologists. 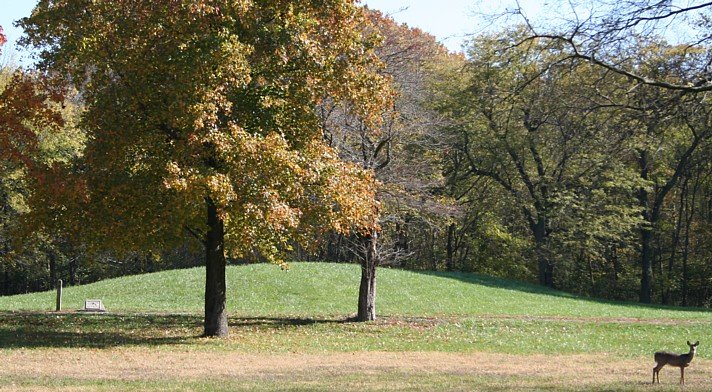 The second most significant feature of Cahokia was the Woodhenge. Not as well-known as the English Woodhenge (2 miles from Stonehenge), the America version seemed to serve the same purpose. Archaeologists who discovered the Woodhenge noted the wood posts symbolized the earth and the four cardinal directions, with a pattern that seemed to follow the sun. 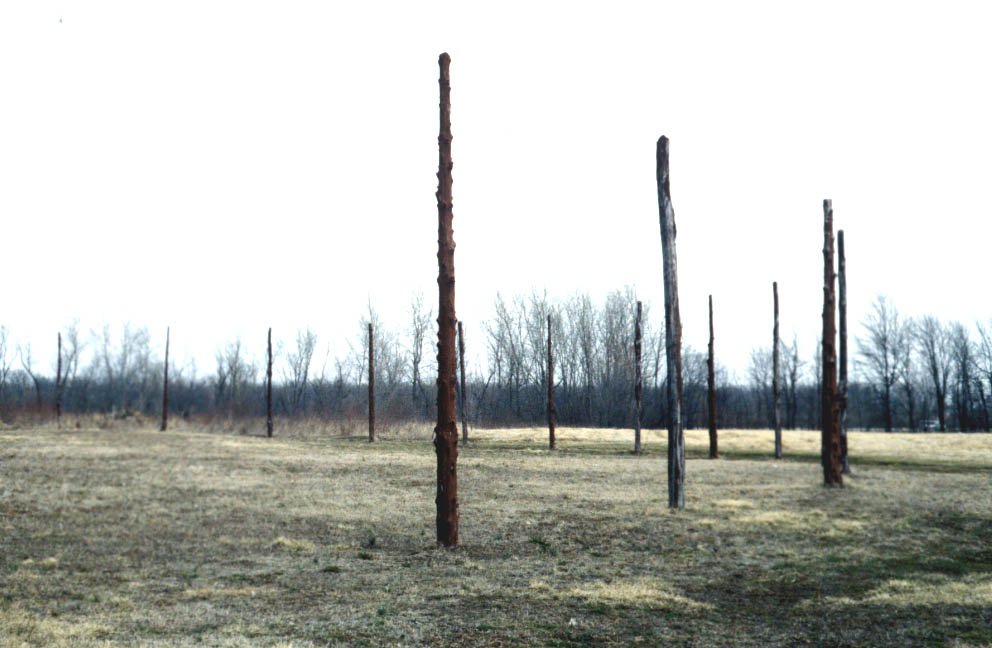 Mound 72 might just be the most significant archaeological discovery at the site. During an excavation, human remains were discovered: a man in his 40s experts believe might have been an important Cahokian chief.

Below his burial site experts found more than 250 other skeletons, sixty percent of which are believed to have been sacrificial killings or ritual executions. This was estimated due to countless bodies missing hands and skulls, more than fifty 21 year-old women found in neatly-separated layers, and finally a mass burial grave with over 40 men and women who appear to have been violently killed.

In fact evidence supports some were alive when they were buried, attempting to claw their way out of the mass of dead bodies.

Excavations around Mound 34 have discovered an ancient Cahokia copper workshop. This is significant because prior to this discovery, experts did not definitively know how early copper technology starting appearing around the United States. 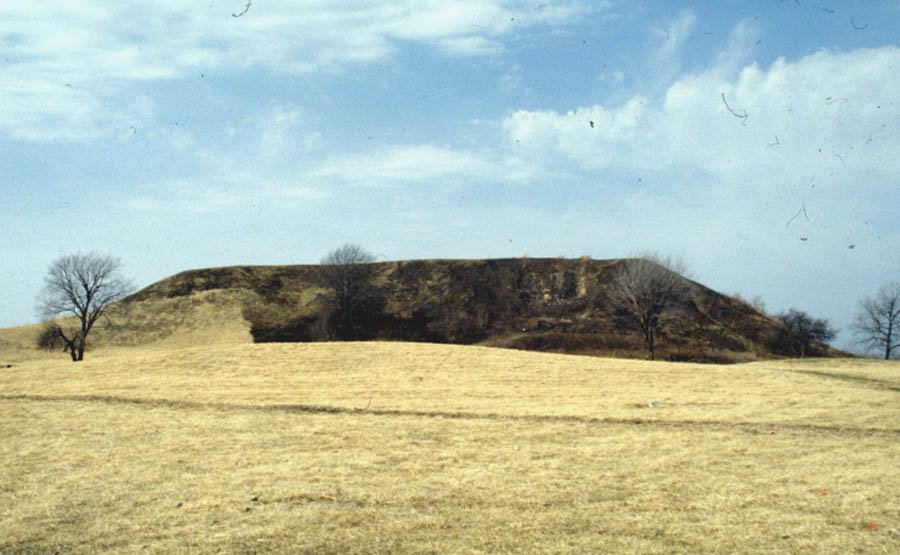 700 years after Cahokia and the land still appears exhausted

Perhaps the most mysterious part of Cahokia was how it came to end; historians simply don’t know. The primary hypotheses are erosion from over-hunting and deforestation, invasion from outside tribes, disease, or abandonment due to political collapse.

The civilization was thought to have prospered for nearly 800 years, and given how primitive farming techniques were at the time it’s no surprise the land was eventually exhausted. Trees would have been sparse and pollutants from centuries of crude copper operations would contaminate the surrounding soil, making any crops poisonous even before harvest.

Defeat through invasion was possible but less likely considering little has been found of battle, and no mass civilian graves have been discovered – something likely to be found had the entire population been killed during a siege. 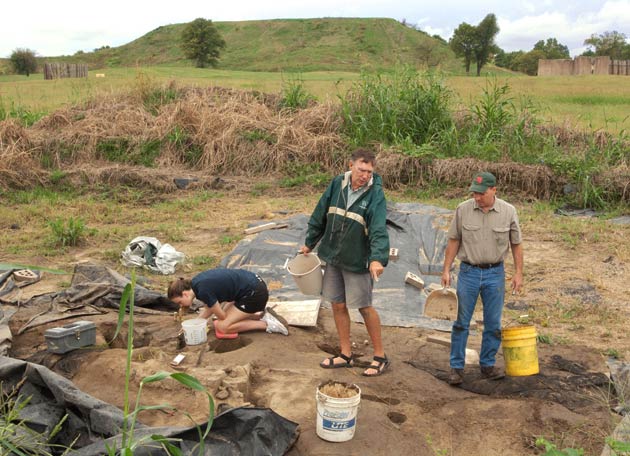 We may never know what happened to Cahokia, but given its important place in North America’s history it is important we don’t forget it.

Cahokia is one of only twenty-one UNESCO World Heritage Sites in the United States, and is the largest archaeological site in the country.

And to think so few have ever heard of it.