In the early 1970’s Varosha, Cyprus was one of the Mediterranean’s most glamorous and popular tourist destinations. An upscale quarter in Famagusta Bay, its bright blue waters and beautiful sandy beaches were draws for such celebrities as Elizabeth Taylor, Richard Burton, Raquel Welch, and Brigitte Bardot among others.

Population eventually grew to about 39,000, but by the end of 1974 the town would be conquered by Turkish troops, fenced off completely, and be left with a population of zero. 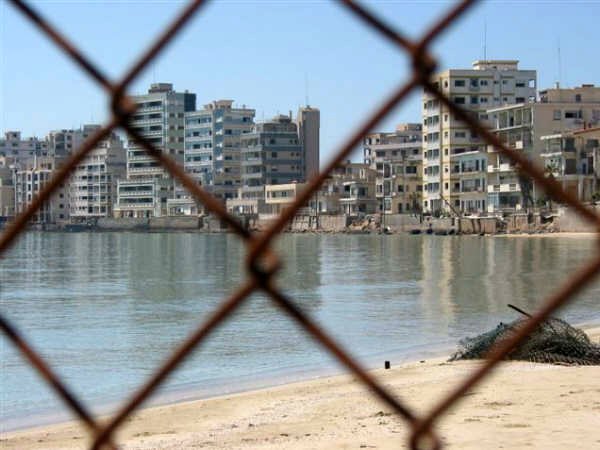 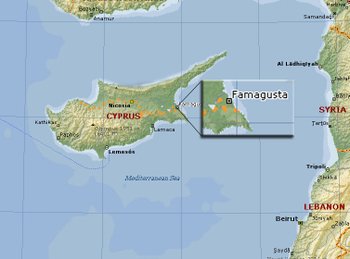 The island of Cyprus has been the subject of a constant tug-of-war battle between Greece and Turkey for centuries.

Until recently, both Greek and Turkish Cypriots had managed to coexist on the island – albeit not always peacefully.

But in August of 1974, the Turkish military seized the predominantly Greek Varosha quarter of Famagusta and changed the course of the island’s history forever.

Residents – fearing being slaughtered by the advancing tanks – fled the city with only the clothes on their backs, leaving all possessions behind. Other sections of Varosha Cyprus were bombed by the Turkish air force, destroying many buildings.

Once the Turks gained control of the area they fenced it off, and have since refused admittance to visitors and former residents. 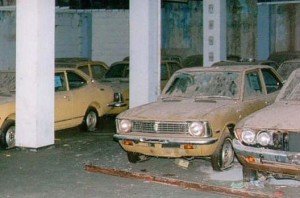 Homes still have closets full of clothes, cabinets full of dishes, and there is even a car dealership still stocked with ‘brand new’ 1974 model-year cars.

Dozens of hotels along the coastline sit empty with broken windows exposing fully-furnished rooms to the elements.

Countless cars sit collecting dust in garages. There is even a construction crane still towering above the skyline, the hotel it was constructing also frozen in time and never finished.

So why is the area still barricaded and patrolled by Turkish troops? Varosha is protected by a 1984 UN Security Council resolution that states the empty town can only be resettled by its original inhabitants.

This resolution has prevented Turkish authorities from re-opening Varosha as they are in no hurry to return it to the Greeks.

Some speculate Turkey is holding Varosha as a bargaining chip for future concessions from Greece. 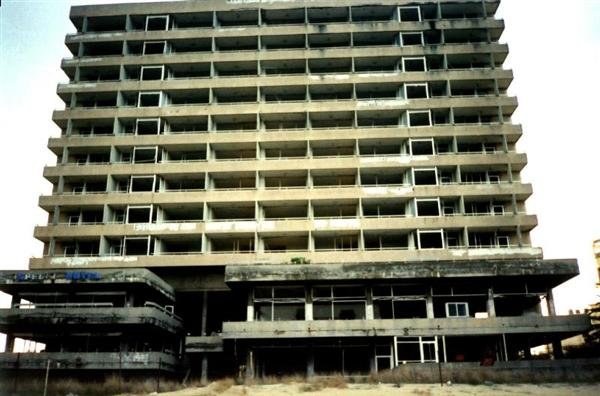 Until Turkey relinquishes Varosha, it will continue to be battered by the elements and slowly crumble over time. Turkish troops still patrol the region and trespassers are imprisoned or executed.

Troops are authorized to use lethal force, so enter at your own risk.

No official visits have been granted into Varosha, Cyprus. Most of the photographs we have are from bold photographers brave enough to jump the fence and risk personal harm eluding Turkish troops in order to snap pictures. 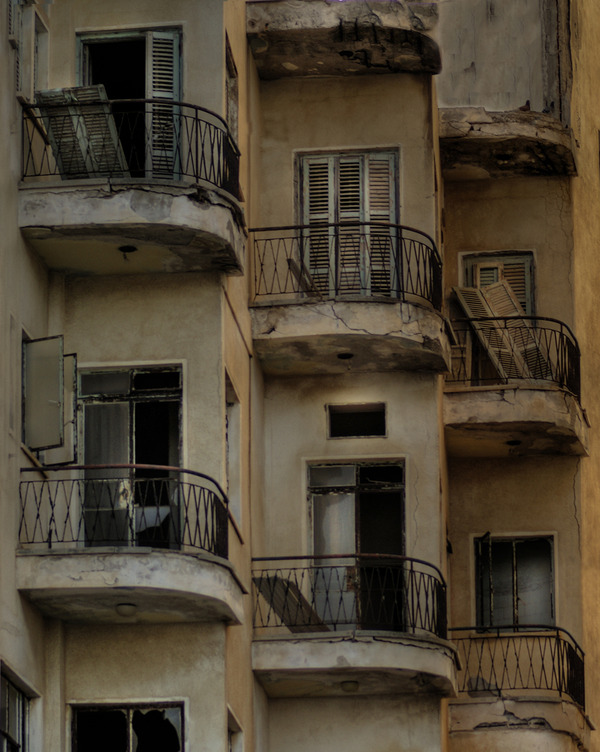 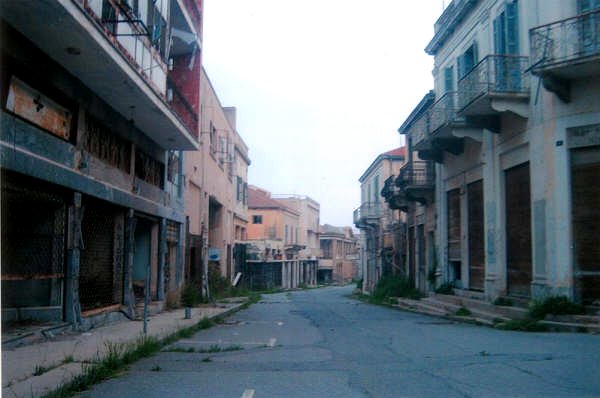 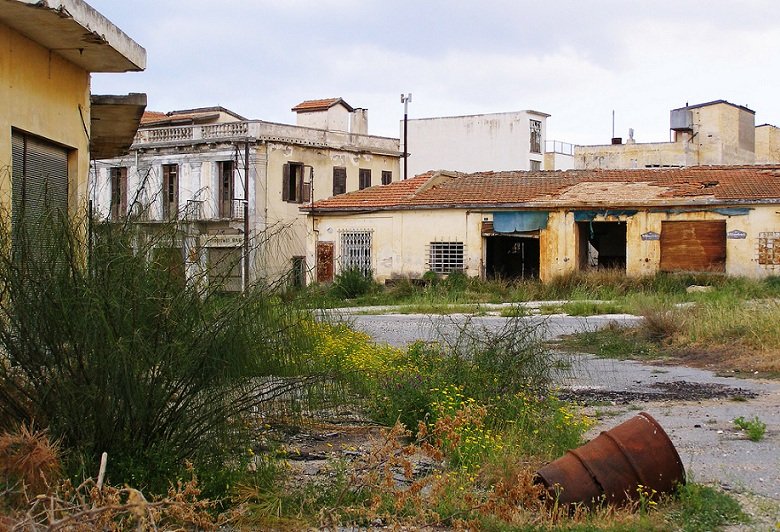 The future is not bright for Varosha, Cyprus; the entire city is beyond repair. Experts have pointed out forty years of unmaintained exposure to the elements has taken its toll on the structures.

Engineers assert the city would have to be completely torn down and rebuilt as nearly all of the buildings are unsafe and have major structural damage.

Roads are cracked with overgrowth, water pipes underground have disintegrated, the sewage system has crumbled, and the power grid infrastructure is now antiquated.

Rebuilding Varosha would require a complete razing. Perhaps that is a contributing factor to why, at this point, there is no rush for a resolution.

Video footage of a more recent visit to Varosha Cyprus after it was deserted: click here …and part two: click here 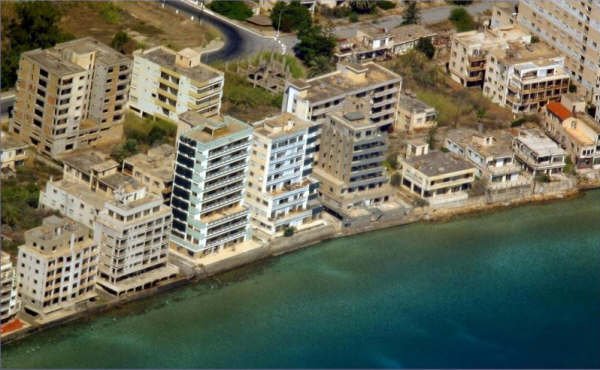 Varosha Cyprus in its heyday: 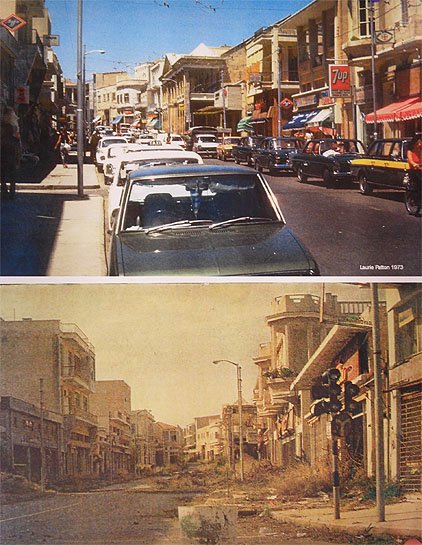 Visitors are not allowed in Varosha, Cyprus 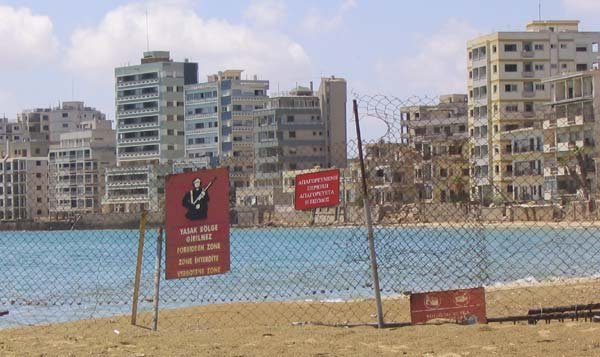