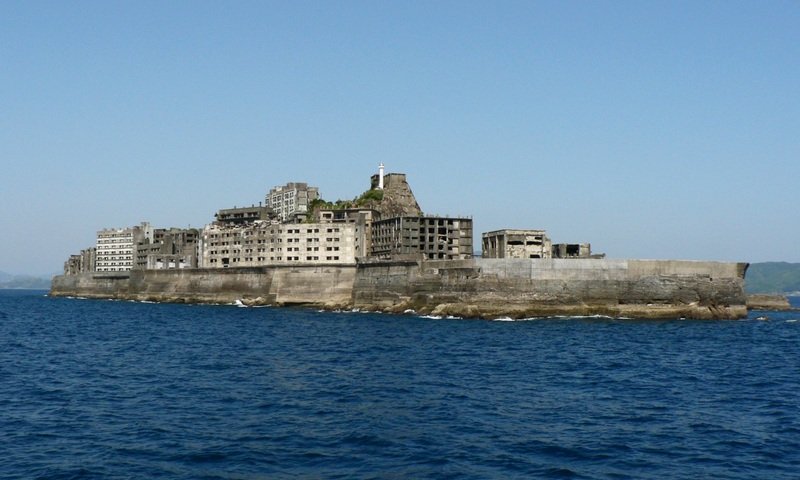 Populated from 1887 to 1974, Hashima was originally purchased by Mitsubishi to be run as a coal mining facility. Just off the coast of Nagasaki, Hashima had the first concrete buildings constructed in Japan. For nearly one hundred years, Hashima enjoyed prosperity while the coal mines flourished.

In the 1960’s petroleum started to replace coal for energy, and coal mines started closing around the country. By 1974 Mitsubishi announced it was closing the mine, and it has been uninhabited ever since. 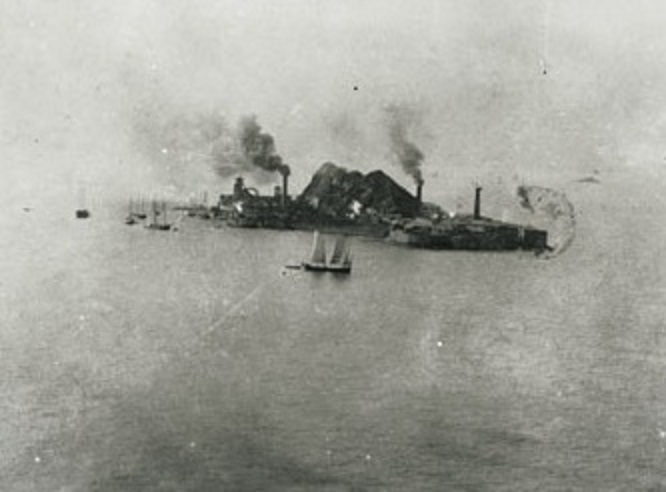 Mitsubishi decided upon concrete construction to help the island’s structures withstand the tsunami-force winds that the island would see during storm season. A large number of employees were required to operate the mine, yet Hashima was only 15 acres in size. This required structures to be built upward rather than outward; the tallest reached 9-stories high.

Space on the island shaped like a battleship was at a premium, and living conditions were almost prison-like. Families would have to share kitchens and bathrooms, and despite the fact most structures were 9 stories tall – there were no elevators.

Ascent and descent were only possible on narrow and crooked staircases, the most famous known as the stairway of hell. 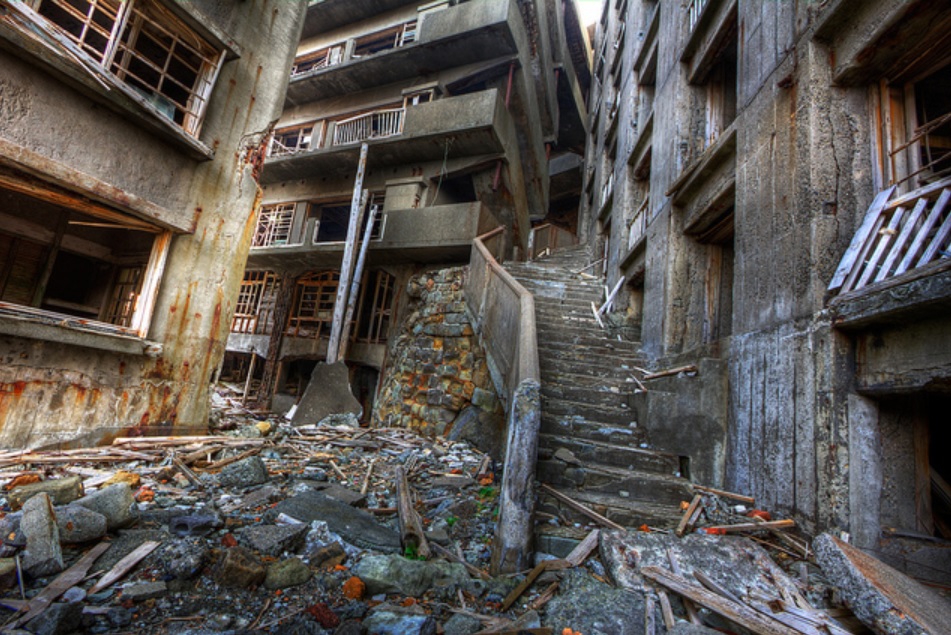 Buildings and structures were constantly added to the island over time, so overall planning was poor and the infrastructure borderline hazardous. Random stairways at various angles and widths would lead residents to and from different floors.

Movement around the island was frequently done via tunnels and narrow passageways with poor lighting. Grass was limited to the small courtyards of some of the residences. 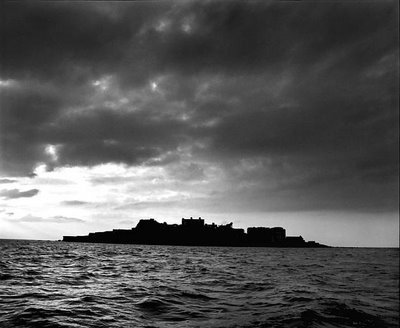 Not all workers for the Mitsubishi coal mines were voluntary. During World War II, the Japanese government forced Chinese and Korean laborers to work on the island. Historians say over one hundred Korean laborers died on the island. After World War II, conditions on Hashima improved. Televisions, radios, and a movie theater were introduced. Rooftop gardens were planted and maintained by the residents.

Mitsubishi continued operations into the 1970s, with the island’s quality of life slowly improving as conditions caught up to those of the mainland. By 1974, through a combination of a depleted mine and a transition to petroleum as an energy source, Mitsubishi shut down the operations at Hashima. Almost overnight the island’s entire population uprooted their families and returned to the mainland, leaving behind many possessions.

Today the island shaped like a battleship still has posters, televisions, furniture, and other various personal belongings left behind. The doctor’s office still has an outdated and weather-ravaged x-ray machine.

The buildings’ external walls are all deteriorating from the salt and wind exposure. Windows are blown out, and several structures are on the verge of collapse. Most of the island is considered unsafe to visit.

Japan opened up parts of the island for tourism in 2009, but most is still off limits due to safety concerns. Now a popular destination for photographers and ghost hunters, Hashima Island serves as a grim reminder of what life was like as a coal miner in twentieth century Japan.

Update Dec 2012: Thanks to the tips from our commenters, we now also know Hashima was used for the filming of the James Bond film Skyfall.