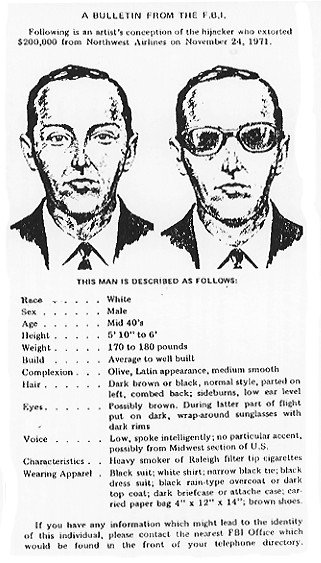 November 24th, 1971. An unknown man extorts $200k from Northwest Orient Airlines in Washington after taking a Boeing 727 hostage.  He releases all the hostages in Seattle upon receipt of the ransom money.  He then instructs three of the crew to continue flying on to Mexico.

Only the man had no intention of flying to Mexico.  He dons a parachute, opens the rear stair of the 727, and jumps out into the cold and rainy night.  Despite an exhaustive investigation with full FBI involvement, the man has never been identified, the bulk of the money never located, nor the crime solved.  This also stands as the only unsolved airline hijacking in American history. 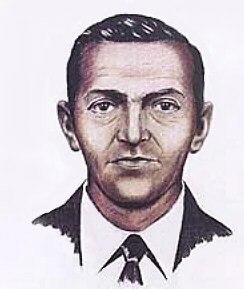 So who was this man?  He purchased an airline ticket under the alias Dan Cooper, but due to a news reporter’s misinterpretation of the police report, he was more commonly referred to as “D.B. Cooper” in the media.

He was described as being polite, clean-shaven, and knowledgeable about the area.  He even paid his drink tab on the flight and tipped the stewardesses well.

Shortly after takeoff Cooper passed a note to a stewardess that read “I have a bomb in my briefcase.  I will use it if necessary.  I want you to sit next to me.  You are being hijacked.”

After showing the stewardess his bomb in the briefcase, he demanded $200k, four parachutes, and a refuel truck at the airport ready to refuel the 727. The airlines and authorities on the ground worked together to meet the hijacker’s demands, carefully cataloguing the money before handing it over. 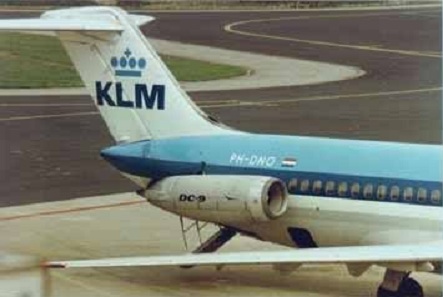 At 5:45 p.m. the aircraft landed at Seattle with all preparations in place.  Once the ransom was paid, Cooper permitted all passengers and most of the crew to depart the plane.  He gave orders for a flight path toward Mexico City at minimum airspeed possible without stalling. 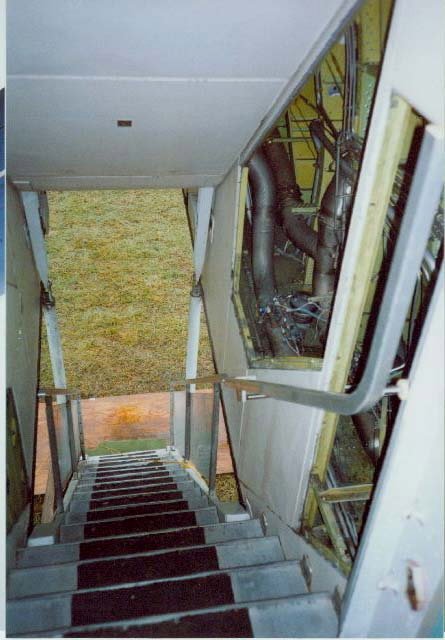 By 7:40 p.m. the Boeing 727 was airborne again with only Cooper and four crew aboard.

Two F-106 fighter aircraft from nearby McChord Air Force Base were instructed to follow the 727 at distance and out of sight.  Cooper instructed all crew to lock themselves in the cockpit after takeoff, and not long after the crew noticed the warning light was on for the rear stair being opened in-flight.

At 8:13 p.m. the aircraft’s rear suddenly jolted upward.  By 10:15 the pilots were landing the 727 at Reno, NV.  A swarming of FBI agents and local police officers surrounded the plane, but after a search no sign of D.B. Cooper was found.  All that was left behind were a black tie with clasp and parts of a shredded parachute.

Neither of the Air Force pilots reported seeing anything exit the airliner – either visually or on radar – nor did they see a parachute.  This was during night time, however, so a human in black clothing could easily descend undetected.   Witnesses helped provide police artists with descriptions for sketches, and reward posters were sent across the country.

Tests were conducted to determine where Cooper might have landed, but since there were differing accounts of where the aircraft actually was at the determined jump time, there was initially confusion as to where he might have landed.

Aerial and ground searches lasted for weeks, and even after the spring thaw in 1972 military personnel began to assist Federal law enforcement authorities in canvasing the area around Lake Merwin, Washington, where D.B. Cooper was believed to have landed.  Ultimately, the most extensive search in U.S. history uncovered no evidence to the hijacking or the identity of D.B. Cooper.

In the fall of 1978, a placard with the instructions for lowering the rear stairs of a 727 was found by a deer hunter about 13 miles east of Castle Rock, Washington.

In 1980 an eight-year-old boy was vacationing with his family 9 miles downstream from Vancouver, Washington on the Columbia River when he found three packets of the ransom cash significantly disintegrated but still bundled in the sand on the beach.  The FBI confirmed this $5,800 was from the hijacking, but this discovery would ultimately raise more questions than it would answer.

Some curiosities: Why was one of the packets of money missing ten bills?  Why did this small amount get separated from the rest of the $200k?  Why were these bills not “discovered” in this exact location when it was dredged by the Army Corps of Engineers in 1974 for an unrelated project?

Chemical tests of the bills and the sand around them indicated they were not there when the area was dredged in 1974, and arrived much later.  If the money had floated in the Columbia River for years and was deposited after 1974, why had the rubber bands not deteriorated?

Many theories abound, including “moved by animals” and “buried by D.B. Cooper for later retrieval,” but to date no hypothesis offered satisfactorily explains all of the existing evidence regarding the money found on the banks of the Columbia River.

The remaining 9,700 bills were never discovered, and their serial numbers remain online for public search to this day.

In 1981 a human skull was found along the same riverbank, but it was later determined to belong to a woman.  In 1988 a portion of a parachute was discovered at the bottom of the Columbia River, but experts determined it wasn’t Cooper’s.  in 2008 children in Amboy, Washington unearthed a parachute that turned out to be WWII-era vintage.

By 2007 the FBI released information that it had not previously made known in hopes of attracting any new witnesses to come forward.  They had a DNA profile from his tie and clasp he had left on the plane.  They also had his airline ticket, and made known that of the four parachutes he requested that were then given to him – one was accidentally a “dummy” demonstration chute that didn’t actually work.  A ripcord was present, but inoperative.  It had markings identifying it as a dummy, yet Cooper apparently selected this chute for his jump.  The FBI said Cooper destroyed the “good” parachute, cutting the cords and parachute out and used it to stash the ransom money.

There are debates as to whether or not he was an experienced skydiver; while asking the pilot to lower the flaps and maintain a specific ceiling sounds of someone who would be familiar with sky dive rules, he ultimately used the dummy parachute (which any experienced skydiver would instantly recognize), and destroyed the operable one.

Cooper was smart to pick the 727 for the jump; besides the aft stair, it also had high-mounted jet engines which meant a less-likely chance of immediate incineration from the jet exhaust.

Still, jumping out of the back of a plane flying at 200 mph in the dark on a rainy night wearing a suit and loafers – but without a helmet – is not something an experienced jumper would do.

Further, authorities were skeptical from the beginning that Cooper would even survive after his jump, even if he had survived his jump.   After all, he would have landed deep in the wilderness, up in the mountains – during heavy snow months.  Still, to date no body or trace of the parachutes or money has ever been found.

Hundreds of leads came in through the years, but none have yielded any convictions.  Arguably the best suspect was Kenneth Christiansen, not identified as a suspect until his brother Lyle came forward in 2003.

Kenneth Christensen was trained in the Army as a paratrooper in 1944 and after the war worked for Northwest Orient Airlines as a purser.  He looked very similar to the sketches and had many of the same habits and tendencies of the suspect.  He had always worn a toupee but stopped wearing it right after the hijacking. 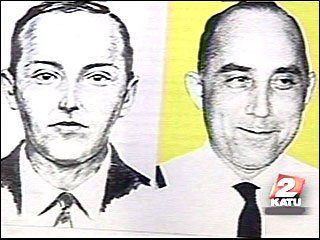 Christiansen was said to own the same tie clasp, smoke the same brand cigarettes, and prefer the same bourbon drink that D.B. Cooper had ordered on the flight.  Christiansen purchased a house with cash not long after the hijacking, and was reportedly disgruntled with his employer, Northwest Orient Airlines.

Lyle said Kenneth died in 1994 and admitted to having a dark secret on his deathbed – but never did say what.  When going through Kenneth’s things, the Christiansen family found over $200k in his bank accounts and various newspaper clippings about Northwest Orient Airlines with various dates that stopped just prior to the hijacking – despite the fact that the hijacking was the most newsworthy event in the airline’s history.

Given all this, the FBI didn’t consider Kenneth Christiansen a prime suspect, and the case is still considered open.

What do you think?  Will this case ever be solved?