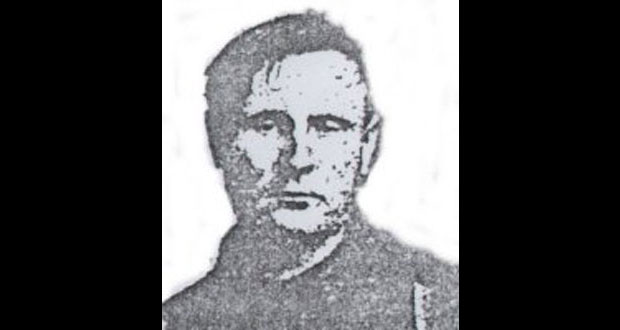 Elmer McCurdy was born on January 1st, 1880, in Washington State, USA. He was the son of Sadie McCurdy but was adopted by Sadie’s brother, George since he was considered an illegitimate child. Later on, Sadie confessed to Elmer that she was his biological mother, and his father’s identity was unknown. This information deeply disturbed Elmer to the point that he became unruly and rebellious. In his teenage years, McCurdy became a heavy drunkard. 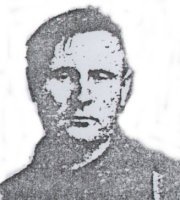 He lived briefly with his grandfather in Maine, where he worked as an apprentice plumber. McCurdy lost his job in August 1900 due to an economic downturn. In 1907, he joined the army where he learned how to use nitroglycerin, an active ingredient in explosives production. He was discharged from the military in 1910. 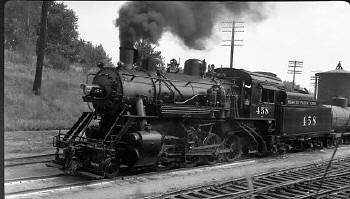 McCurdy’s life of crime began shortly after leaving the army. He joined a gang of bandits that robbed banks and trains. His first major robbery with the gang was the Iron Mountain-Missouri Pacific train. The robbery was unsuccessful, however, since McCurdy miscalculated the amount of nitroglycerin needed and ended up destroying a safe that contained $4,000. The gang’s major bank robbery also failed after they unsuccessfully tried to blow open a safe door. 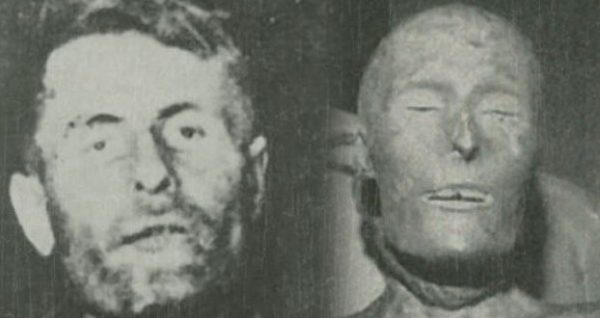 His final robbery occurred on October 4th, 1911. Elmer McCurdy and his gang of bandits decided to rob a Katy train carrying $400,000 in cash. As their luck would follow, they ended up stopping the wrong train. Frantically they began searching for the money. Nevertheless, their efforts proved futile. They only managed to steal $46, a watch, and two jugs of whiskey. Upon realizing their failure, the gang stopped their mission and decided to escape.

The robbery implicated McCurdy, and a reward for his capture was issued. A sheriff’s posse tracked McCurdy to the barn where he’d been hiding and surrounded him. Elmer McCurdy started a gunfight with the police that lasted for an hour. McCurdy was shot in the chest and died instantly.

McCurdy’s body was taken to the Johnson Funeral Home in Pawhuska, Oklahoma. He had no immediate kin to claim the body, so it was preserved in hopes that someone would claim it. Several weeks elapsed, and still, no one showed up to claim the body. The funeral homeowner decided to embalm the body and dress him in a suit. He put up the body for public exhibition, charging people 5 cents just to take a look.

For five long years, Elmer’s body remained in the Oklahoma funeral home, till one day it was claimed. Two men, James, and Charles Patterson showed up at the funeral home and requested the body. They identified themselves as Elmer McCurdy’s long-lost brothers. The funeral director was a bit suspicious of the two, but since the attraction fell out of favor, he decided to let go of the body. He also felt that McCurdy deserved a decent burial after an extended stay in the funeral home.

However, the two men weren’t McCurdy’s blood relatives, but the owners of the Great Patterson Carnival shows. McCurdy’s corpse was subsequently featured in the Pattersons’ traveling carnival until 1922 when the brothers sold their business to Louis Sonney. In 1933, the body was placed in theatre lobbies to promote the exploitation film Narcotic. Sonney used the corpse in his traveling show the Museum of Crime until the 1940s.

Louis Sonney passed away in 1949, and the body was placed in a Los Angeles warehouse. In 1968, Sonney’s son sold the body to the Hollywood Wax Museum. For many years to follow, McCurdy’s body was bought and sold by various traveling shows, sideshows, and wax museums. 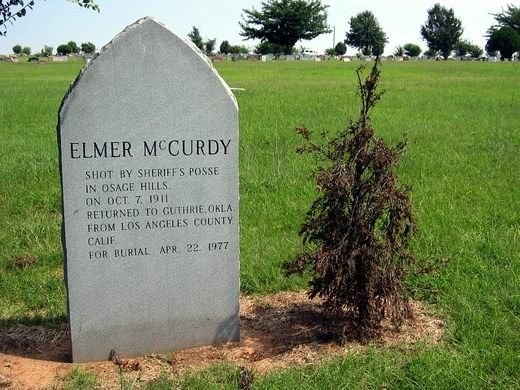 Eventually, the body ended up at the “Laff In the Dark” funhouse in Long Beach, California. It was discovered in 1976 by a production crew of the TV show “The Six Million Dollar Man.” They didn’t realize the corpse was real until McCurdy’s arm broke off. The police took the mummified corpse to the coroner’s office, where the autopsy results confirmed that the body was indeed that of a human male.

McCurdy’s body was finally laid to rest in 1977 in Oklahoma after traveling the country for nearly sixty years, from carnival circuits to Hollywood.

The casket is buried under two feet of concrete to make sure no one exhumes the grave.