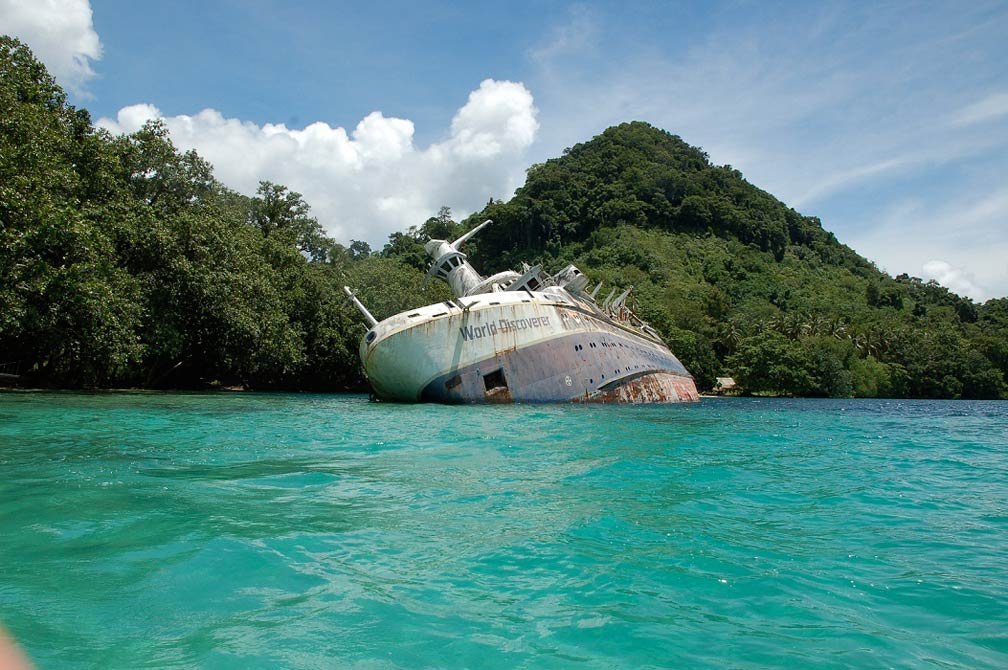 Hidden in a remote bay of the Solomon Islands, the beached wreck of the German-built Liberian Cruise ship MS World Discoverer slowly rusts. Built in 1974, it served multiple owners faithfully for over 25 years.

In April of 2000, the ship struck an uncharted reef formation just off the Solomon Islands in the Pacific Ocean.

The vessel was known as the BEWA Discoverer when it was first sold to the Danish company BEWA Cruises in 1974. Two years later it was sold again, this time in July of 1976, to Adventure Cruises, Inc. and registered in Singapore.

While at Adventure Cruises, it was renamed the World Discoverer. During this time the ship served a long-term charter with Society Expeditions. In 1990, she was registered in Liberia; six years later she was refurbished to like new condition. 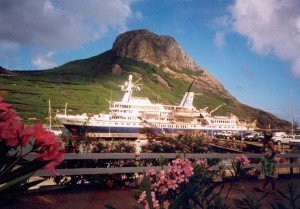 But in April of 2000 things would go drastically wrong. During inclement weather the ship struck a reef just off the Solomon Islands in the Pacific Ocean.

The captain radioed for assistance, and before long all passengers were shuttled off the MS World Discoverer by local ferries.

Captain Oliver Kruess managed to nurse the ship into nearby Roderick Bay where she began to list until settling into her final resting place, where she still sits today. 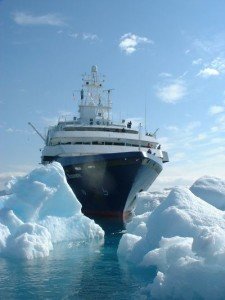 Any attempts at repair or salvage were abandoned after the locals had looted anything of value from the vessel; the cost of making her seaworthy again would have been prohibitive.

As a result, she was left to sit and rust away, now a tourist and photography destination.

Will she meet the same fate as the S.S. America? Based on the time-lapse photos we now have, it would appear so – although at a much slower pace of decay than the America. 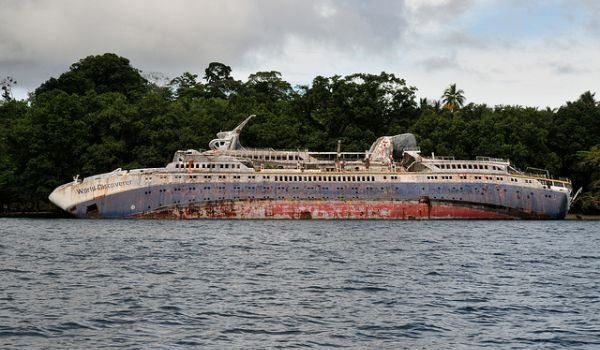 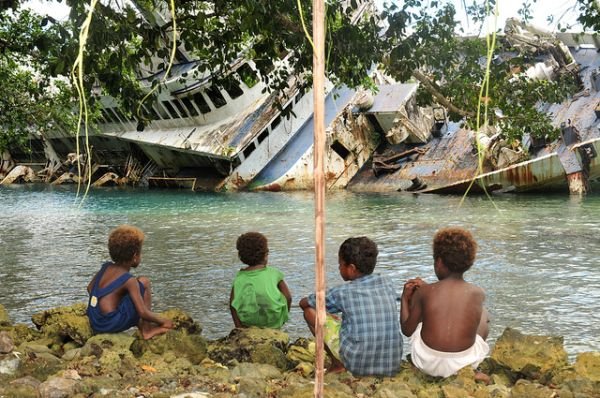 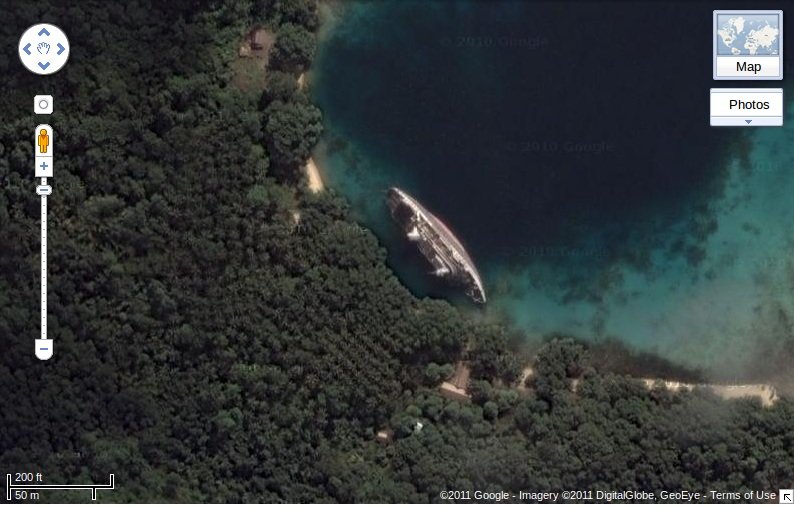