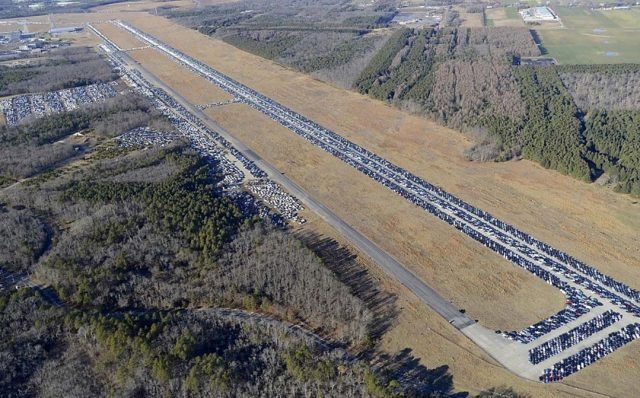 In late October 2012 the east coast of the United States was pummeled by Hurricane Sandy, the largest Atlantic hurricane ever recorded. Sandy swept through the entire eastern seaboard, killing over 250 people in seven countries. Financial losses were over $74 billion; Sandy was in fact the second-costliest natural disaster in United States history.

What happened to the flood-damaged vehicles? One company had the foresight to sign a lease on a seldom-used airport just before the storm hit the coast. Thanks to photographer Doug Kuntz, we have aerial photographs of the salvage progress. 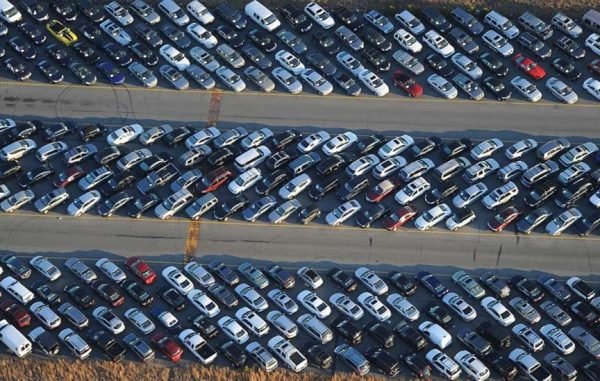 According to the Insurance Crime Bureau, over 230,000 cars were damaged by Hurricane Sandy – 150,000 of them from New York. There are dozens of storm salvage companies pulling hurricane damaged cars from the area, but Insurance Auto Auctions (IAA) is one of the largest with about 40% of the Sandy volume.

IAA employ experts to study weather patterns and predict major storm strikes; in the case of Hurricane Sandy, IAA spent $2.7M to lease Calverton Executive Airpark in advance of the storm. In addition, Insurance Auto Auctions leased massive holding facilities and sent 400 tow trucks to the area – all before Sandy even made landfall.

If you’re interested in hearing more about what happens to the Hurricane Sandy damaged cars, the National Insurance Crime Bureau (NICB) has a quick video describing the progress that has been made: 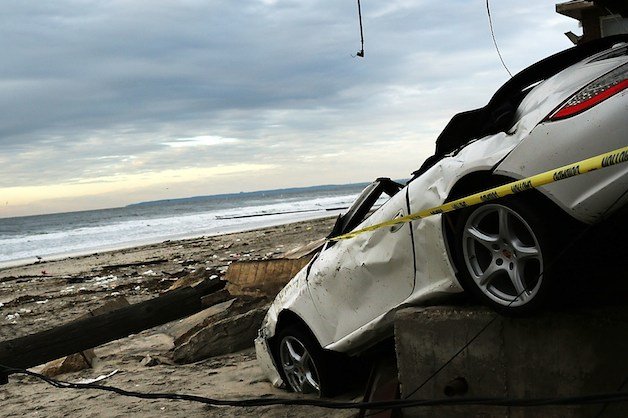