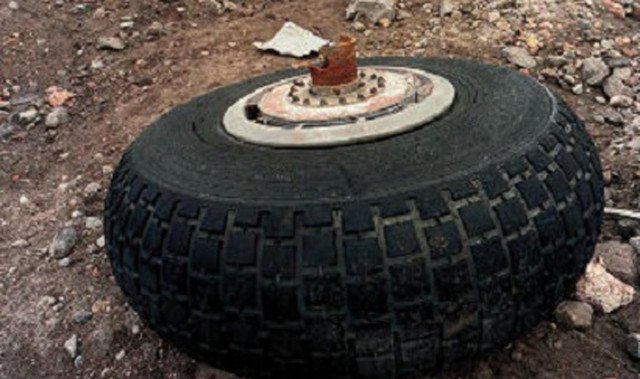 When it comes to airline crashes, few have posed as many unanswered questions as the Star Dust. Originally scheduled to fly from Buenos Aires, Argentina to Santiago, Chile, the Star Dust disappeared on August 2nd, 1947.

However the flight would never reach its destination and the fate of the British South American Airways (BSAA) Lancastrian 3 airliner would remain unknown for over 50 years.

The passenger list was as varied as could be: A Palestinian returning to Chile from visiting a dying relative, two British businessmen, a high-ranking associate from the Dunlop tire company, a British civil servant delivering important documents to an embassy, and a German-born Chilean resident who had been stranded in Germany during the war.

The flight departed Buenos Aires at 1:46 p.m. on August 2nd, headed over the Andes mountains. Before the airliner’s disappearance, the flight was uneventful. The final transmission from the Star Dust to Santiago’s airport was a Morse code transcription, S-T-E-N-D-E-C, the meaning of which has been debated by experts since 1947. Santiago’s Morse operator asked for clarification, and twice more S-T-E-N-D-E-C came through the wire.

There are many interpretations of the meaning; one hypothesis is that STENDEC was an acronym (Starting En-Route Descent or Severe Turbulence Encountered Now Descending Emergency Crash-landing). Others suggest perhaps the Santiago Morse operator misheard and thus mis-transcribed the code. Another suggestion was pointed out that STENDEC is an anagram of DESCENT.

To this day, no one can definitively say what the Star Dust’s Morse operator was intending to say. What is known, is that the Star Dust would not be heard from again.  After the tower received the STENDEC call from the Star Dust there was no more communication from the aircraft, and it never reached Santiago.

What happened to the Star Dust? 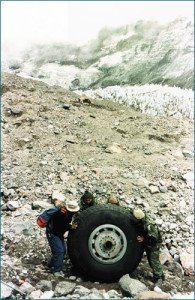 Search teams scoured the mountains but found no clues as to the whereabouts of the Star Dust. The complete lack of evidence combined with the odd STENDEC transmission invited some to speculate that alien UFO activity might be responsible. Others opined the flight might have “overshot” Santiago and plummeted into the Pacific Ocean.

For 51 years, that was all the information we had on the disappearance of the Star Dust.

Finally, in 1998, two Argentinean climbers ascending Mount Tupungato of the Andes – about 50 miles east of Santiago – came across some wreckage of an airplane engine. They found additional twisted pieces of metal along with shreds of clothing and other airplane parts.

They returned to Santiago and reported their finds immediately, and suddenly the mystery of what happened to the Star Dust was thought to have been solved.

It wasn’t until 2000 that a follow-up expedition could be conducted, but the Argentinean army expedition found the crash site along with additional wreckage: wheels and propellers (pictured above). They were also able to discover human remains which were tested for DNA in 2002 and confirmed to be those of the passengers of the Star Dust.

Experts were able to identify the accident as a crash rather than a mid-air explosion due to the localization of the wreckage. Also, since the wheels were retracted at the time of crash, authorities surmised that the Star Dust was not attempting a crash landing at the time of impact.

Once it was determined that the Star Dust had crashed into the side of the Mount Tupungato, the process of beginning to figure out why commenced. It is known that there was a snowstorm at the time and cloud cover was intrusive. The most common suggestion is that Captain Cook encountered a jet stream at altitude, and that the jet stream carried the airliner slightly off-path so that the captain thought he was clear of the Andes when he had yet to cross them.

Being surrounded by clouds limits the captain’s abilities to perceive his own location, and that combined with the jet stream can send an aircraft significantly off course. It is thought that Cook assumed he was clear of the Andes and began his descent early.

So how had the Star Dust been hidden for over 50 years? It is likely to have flown into a nearly vertical glacier, causing an avalanche that buried it within minutes and concealing it from rescuers. The wreckage was entombed in the ice and was hidden until the ice had made its way down the mountain and slowly melted.

Only about ten percent of the wreckage has emerged from the mountain with experts suspecting the remaining wreckage to make appearances in the future as the glacial ice melts over time.

The ultimate investigation cleared the captain of any wrong-doing, concluding the crash was a result of poor weather which resulted in the crew being unable to correctly identify their positioning.

What do you think about the Star Dust’s crash and surrounding investigation?