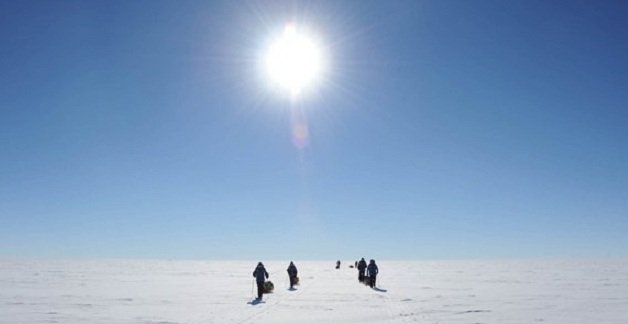 There are more than 140 lakes underneath the glaciers in Antarctica. The largest is Lake Vostok, located 13,100 ft (4,000 m) beneath the Russian Vostok Weather Station in the central East Antarctic Ice Sheet.

The lake measures 160 miles (250 km) long by 30 miles (50 km) wide, covering over 6,060 square miles ( 15,690 km). What makes Lake Vostok so interesting is the unmolested habitat beneath the ice shelf; scientists believe the lake was sealed under an ice cap 15 million years ago.

A joint research team has begun drilling through the ice cap and taking samples. The drilling was deliberately halted 300 feet (100 m) above the suspected lake surface as to avoid contamination of whatever is found in the lake.

Samples taken from that depth suggest the ice is over 420,000 years old. Microbes were found in the ice samples leading scientists to believe there could be prehistoric life still living in the harsh ecosystem of the lake. 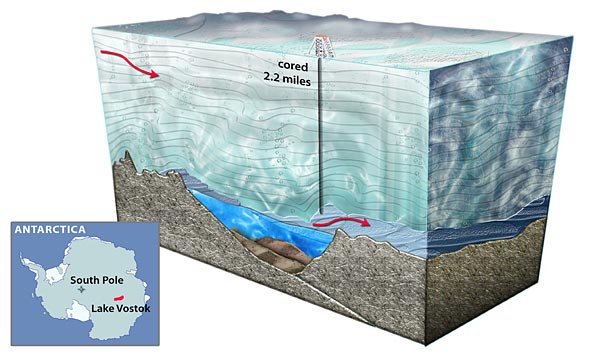 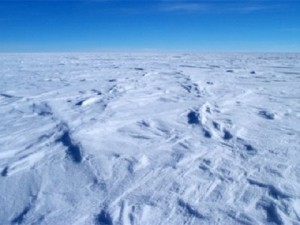 Vostok Station is where the coldest temperature ever was recorded: -128 degrees Fahrenheit (-89 C) . The lake itself is kept warmer than surface temperatures due to the Earth’s geothermal heat warming the bottom of the lake, and the ice cap above keeps the lake isolated from the surface.

Lake Vostok is also supersaturated with Oxygen, leading researchers to believe there could be ancient bacteria from an isolated microbial gene pool over 500,000 years old.

What’s more, scientists have observed the lake has tides that rise and fall with the Sun and Moon’s positions.

There is controversy over whether drilling should continue. Do we disturb an unmolested prehistoric habitat and learn more about history, or should we preserve the lake until technology allows us better access with fewer disturbances?

Update: As of 2/5/2012 it has been reported that the Russian scientists continued drilled and managed to reach Lake Vostok. A core sample was pulled for further study (below). 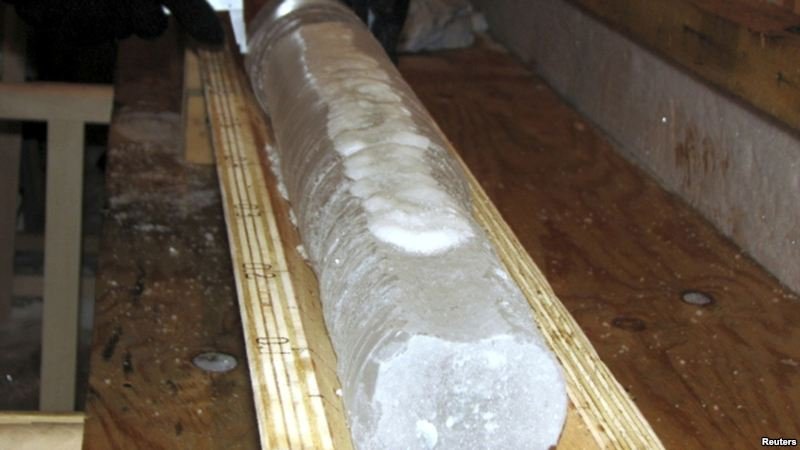