Centralia was incorporated as a borough in 1866 when coal was discovered in the area. Coal mining gave birth to the town and it would prosper for almost 100 years. When energy demands started to shift more toward petroleum, the coal mining industry saw a decline.

The coal companies closed operations in Centralia in the 1960s, but bootleg mining of the abandoned mines would continue until 1982. For decades an undetected underground mine fire slowly burned through a major vein of a large coal deposit.

By the mid-1980s the Pennsylvania state government finally realized the severity of the issue, and by 1992 it had ordered the forceful permanent evacuation of residents. 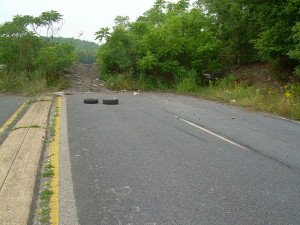 In 1979, locals became aware of the scale of the problem when a gas-station owner and then mayor, John Coddington, inserted a stick into one of his underground tanks to check the fuel level.

When he withdrew it the stick seemed hot, so he lowered a thermometer down on a string and was shocked to discover that the temperature of the gasoline in the tank was 172 °F (77.8 °C). 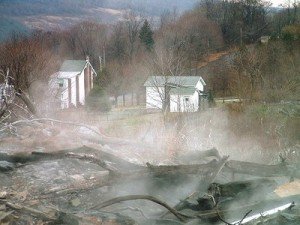 State-wide awareness would slowly increase until it would finally receive national attention in 1981.

Then 12-year-old resident Todd Domboski almost fell into a 4 ft-wide by 150 ft-deep (46 m) sinkhole in his backyard.

It was quickly discovered the miners removed enough earth under Centralia that the infrastructure was no longer safe. 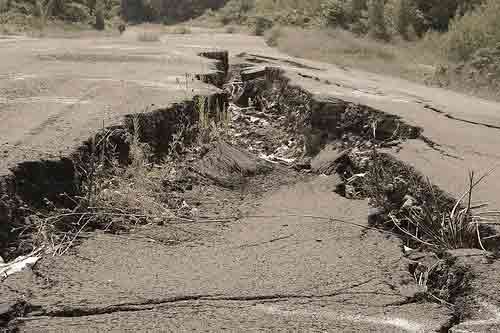 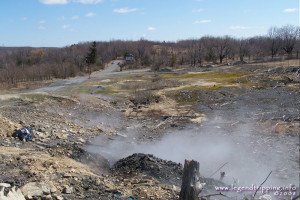 Experts quickly determined the area was unsafe and beyond repair. The sinkholes were the least of the residents’ problems; an underground fire spews noxious all over town and the water table has been poisoned due to a century of mining activities.

In 1984, the U.S. Congress approved spending of more than $42 million to subsidize residents in their relocation efforts. Most of the residents accepted buyout offers and moved to the nearby communities of Mount Carmel and Ashland. 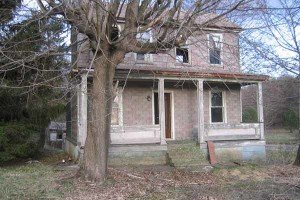 A few families opted to stay despite warnings from Pennsylvania officials.

In 1992 Pennsylvania claimed eminent domain on all properties in the borough, condemning the buildings within.

A subsequent legal effort by the remaining residents to have the decision reversed failed. Finally, In 2002, the U.S.P.S. revoked Centralia’s ZIP code of 17927.

Source of the Fire 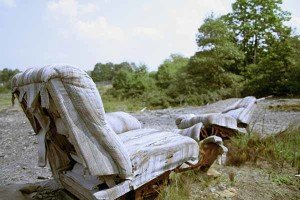 Experts debate how the fire that made Centralia unlivable was ignited. One theory asserts it was started in May 1962 when the Centralia Borough Council hired five members of the volunteer fire company to clean up the town landfill, located in an abandoned strip-mine pit next to the Odd Fellows Cemetery.

This had been done prior to Memorial Day in previous years when the landfill was in a different location. The firefighters, as they had in the past, set the dump on fire in a controlled burn.

However unlike previous years, the fire was not extinguished correctly. 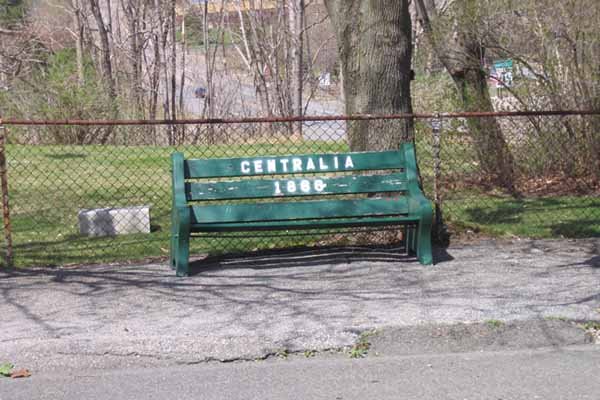 Other evidence supports this theory, as stated in Joan Quigley’s 2007 missive, such as the fact that one of two trash haulers (Curly Stasulevich or Sam Devine) dumped hot ash and/or coal discarded from coal burners into the open trash pit.

The borough, by law, was responsible for installing a fire-resistant clay barrier between each layer. But they fell behind schedule, leaving the barrier partly incomplete. 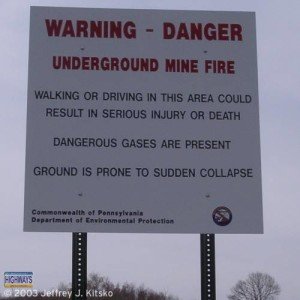 This allowed the hot coals to penetrate the vein underneath the pit and light the subsequent subterranean fire.

Quigley cites interviews with volunteer firemen, the former fire chief, borough officials, and several eyewitnesses, as well as contemporaneous borough council minutes as her sources for this explanation of the fire.

Through a hole in the rock pit, the fire managed to spread into the abandoned coal mines beneath Centralia. Multiple attempts to extinguish the fire were unsuccessful, and it continued to burn throughout the 1960s and 1970s.

Adverse health effects were reported by several residents due to the byproducts of the fire: carbon monoxide, carbon dioxide and a lack of breathable oxygen levels. 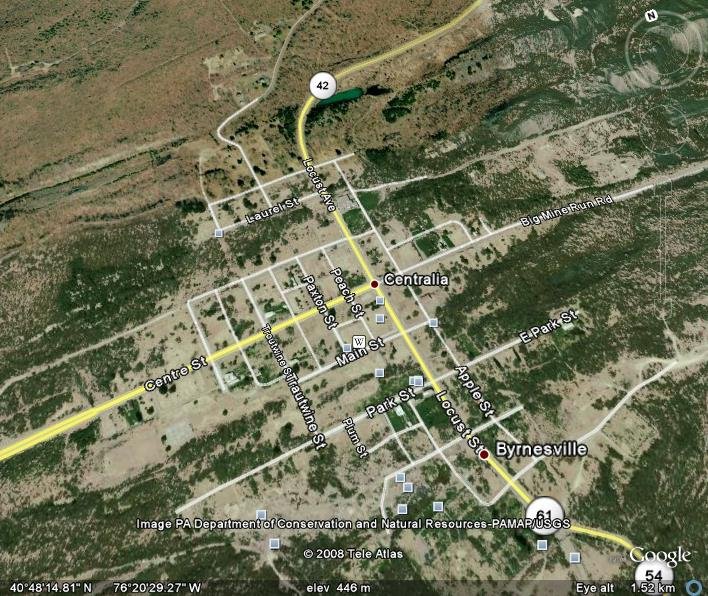 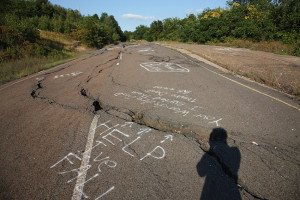 Very few homes remain standing in Centralia; most of the abandoned buildings have been demolished by humans or nature. At a casual glance, the area now appears to be a field with many paved streets running through it.

Some areas are being filled with new-growth forest. Most of Centralia’s roads and sidewalks are overgrown with brush, although some areas appear to be mowed.

In 2010, only five homes remained as state officials tried to vacate the residents and demolish what was left of the town. 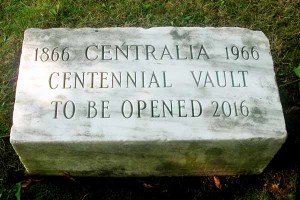 It is expected that many former residents will return in 2016 to open a time capsule buried in 1966 next to the veterans’ memorial.

Despite all this, a few local residents refuse to leave. Centralia’s population has dwindled from over 1,000 residents in 1981 to 9 in 2007.

The underground fire still burns and is estimated to continue for another 250 years.

Watch: Great documentary about “The Town that Was.” Centralia, PA:

(thanks to S-I reader Nathan Doyle for the video lead)