Chances are you haven’t heard of Agdam. Founded less than 300 years ago, it doesn’t have much history. Its location is of little importance and nothing historically significant ever happened there.

Until 1993, that is, when the city came under siege during the Nagorno-Karabakh War. Forty thousand people were forced to flee when forces shelled the town. Eighteen years later the town sits vacant, still a part of the Armenian buffer zone. 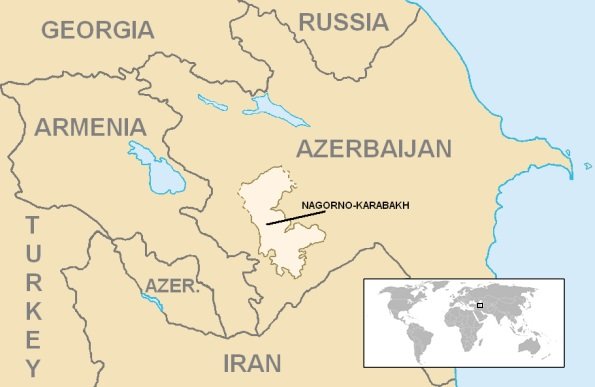 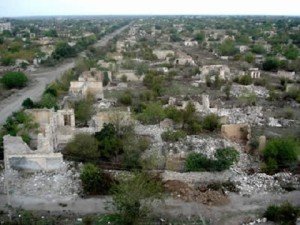 Agdam was founded in the late 1700s but was not officially granted city status until 1828. The chief industries were butter, wine, and the production of machinery.

The town had no major military presence or importance, but it was the capital of the Agdam Rayon and was central to two warring factions.

Nagorno-Karabakhs is a small landlocked region in the west of Azerbaijan which has sought independence from Azerbaijan and the U.S.S.R. Neighboring Armenia supported the rebellious Karabakh forces, citing the region had been part of the ancient Armenian kingdom going back to the 4th century B.C.

Not all in the Nagorno-Karabakh region consider themselves of Armenian heritage, however, and a centuries-old claim to territory proved to be the root of the conflict. 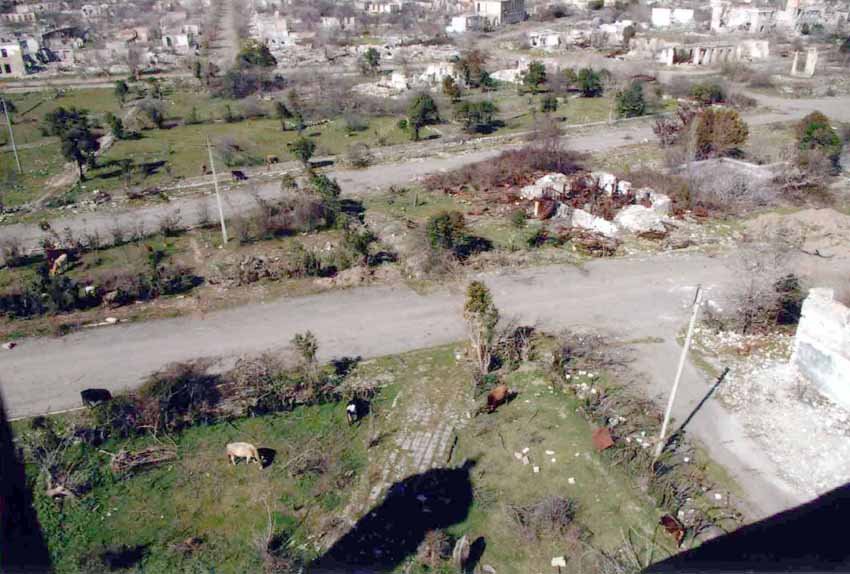 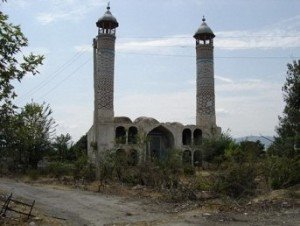 Although the region has been constantly embroiled in a tug-of-war between Armenia and Azerbaijan, the conflict came to a head from June to August of 1993. Azerbaijan was using Agdam as a regional defensive base to protect its flank from the Armenian forces.

Armenia – thinking Azerbaijan was going to launch an offensive from Agdam – enlisted the support of regional Karabakh forces to fight back; Agdam was a victim of the conflict.

In the summer, tens of thousands of Armenian and Karabakh troops swept through the Nagorno-Karabakh region. What the fighting itself didn’t destroy, the forces finished off with heavy artillery afterward.

In order to prevent the recapture of Agdam, troops proceeded to shell, bomb, and otherwise demolish the remaining abandoned structures.

That which was not destroyed via artillery was taken apart for the construction materials and re-used in Stepanakert, the capital and largest city of Nagorno-Karabakh. 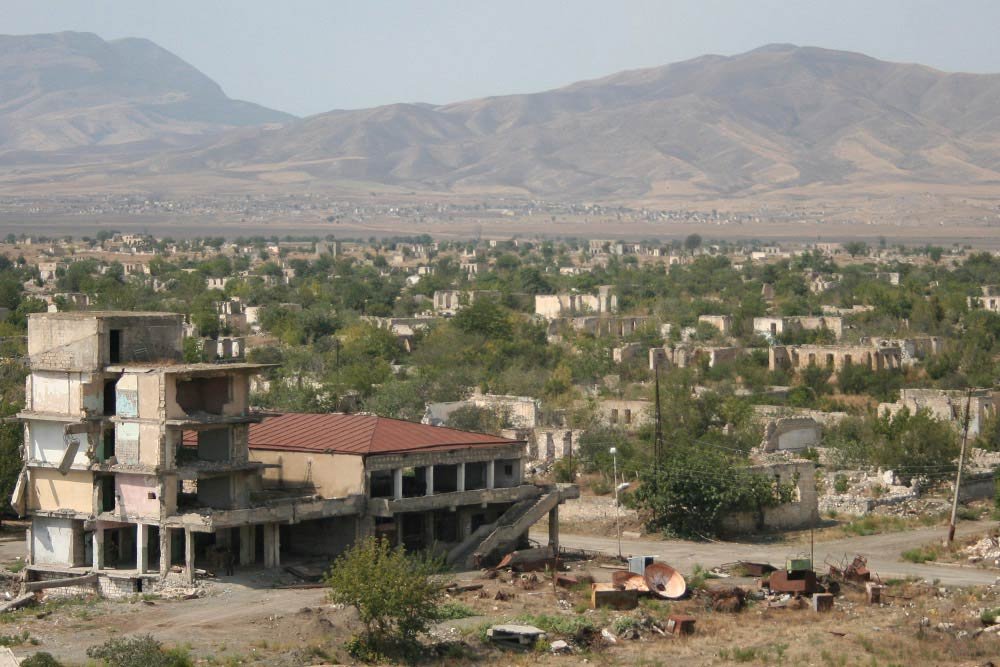 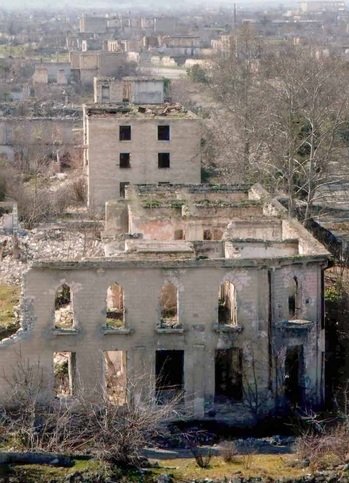 The fighting was extremely violent and few considerations were offered to the residents by the Karabakh forces.

In the end there was no Azerbaijan offensive planned; it was a skeleton crew of low-morale Azerbaijani forces guarding the city against aggressors. Few actually fought to defend the city and desertion rates were high.

Those that could, fled, and by the end of the summer over 120,000 civilians had left the Nagorno-Karabakh region.

After Agdam was taken by Karabakh forces, they proceeded to obliterate the empty town with artillery and endless gunfire.

The Karabakh forces only left the Aghdam Mosque standing, which today is used as a cowshed (see bottom of page). 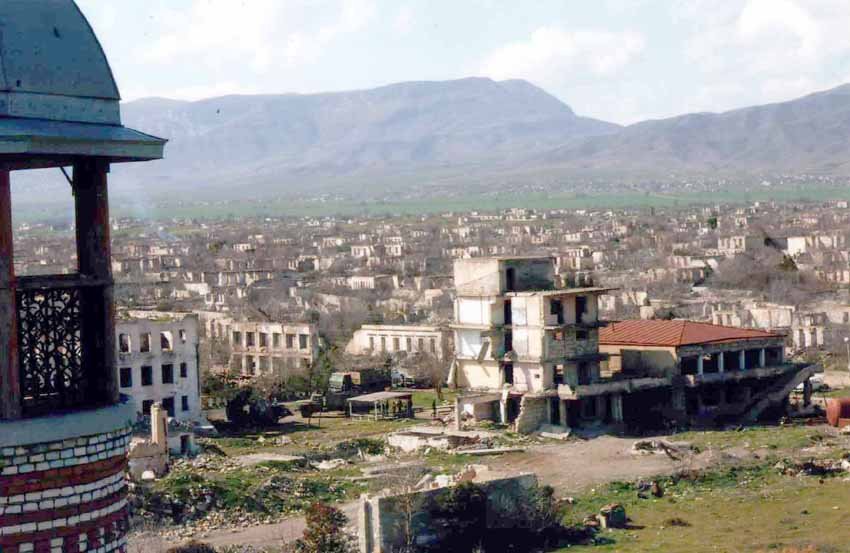 Once satisfied with the destruction, troops proceeded to destroy the other regional cities of Fizuli, Jebrail, and Zangelan.

By the end of the summer, Azerbaijan had lost five regions to the Armenian-Karabakh forces. The Nagorno-Karabakh region claimed independence following the conflict, although it was not (and has never been) officially recognized by any independent sovereign state.

Over time Agdam remained vacant, with brave looters sneaking in from time to time being the only signs of life.

Today, the only part of Agdam that lives on is its soccer team. After the conflict, the team moved elsewhere but retained the Agdam association and heritage.

To this day they still play in Azerbaijan’s premier league, representing Agdam even though no one has lived there for 18 years. 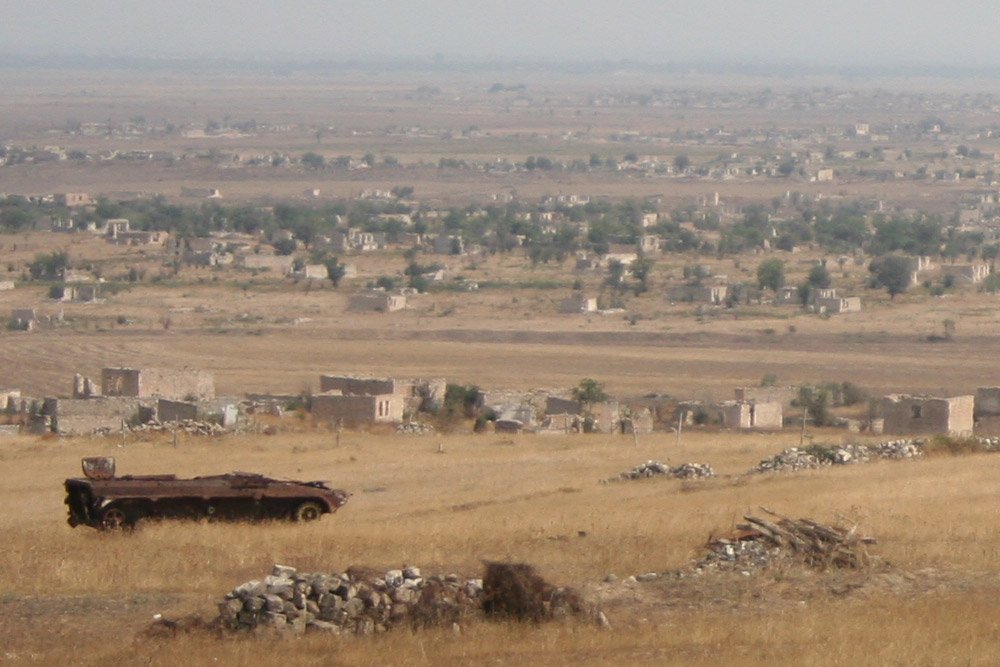 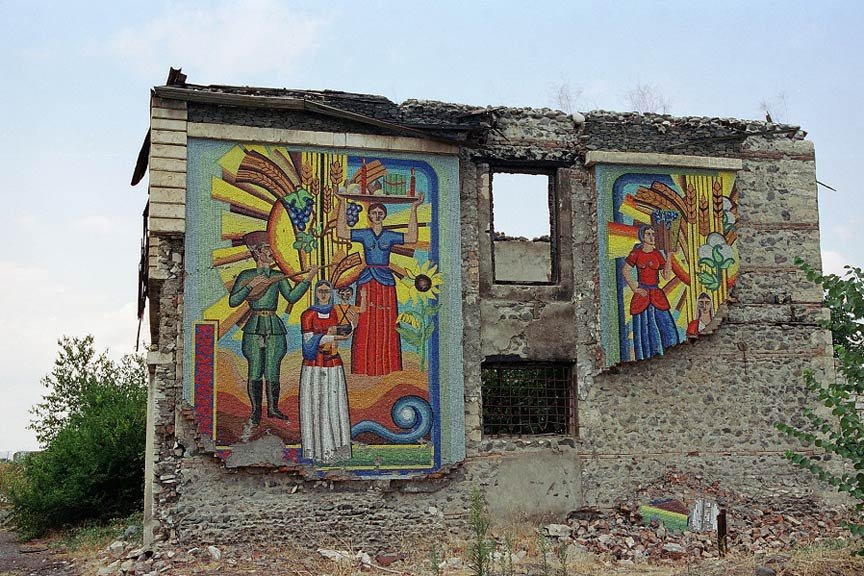