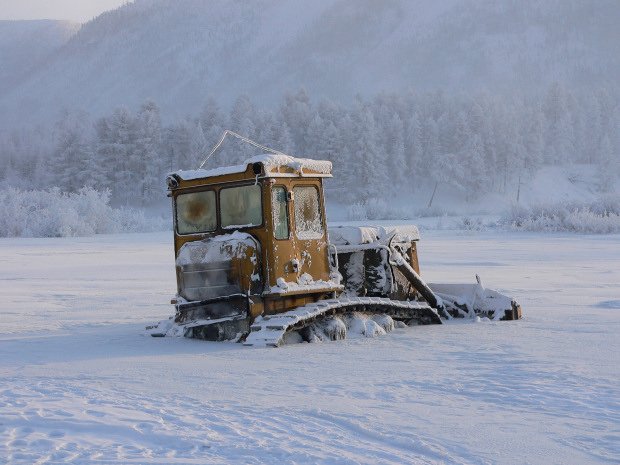 Oymyakon, a small village of about 500 people in the Sakha region of Russia, holds the claim to fame as being the coldest continually inhabited place on Earth. Located approximately 20 miles northwest of Tomtor on the Kolyma Highway in Siberia, it is not easily accessible.

Situated in an area known as Stalin’s Death Ring, Oymyakon set the record for the lowest temperature ever recorded by a permanently-inhabited settlement in 1924 when a Russian scientist endured a frigid -96° Fahrenheit (-71 C). 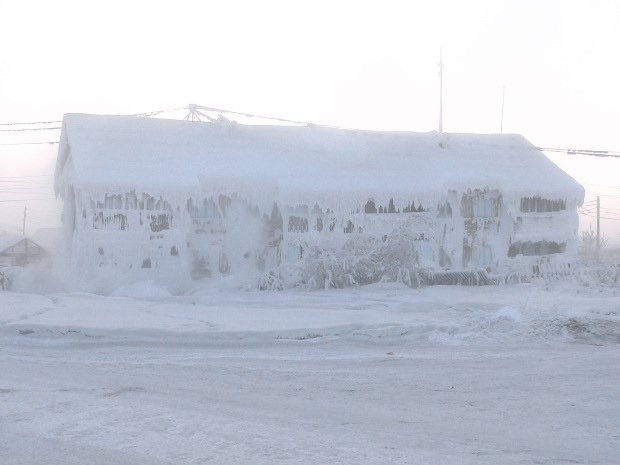 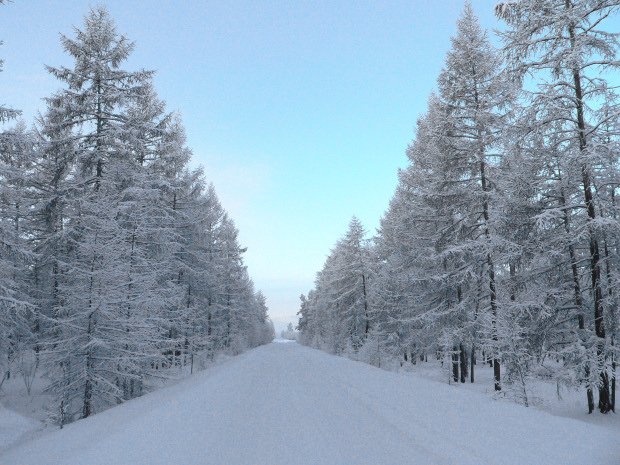 Its continuous frigid temperatures and harsh climate are what crown Oymyakon as the coldest inhabited place on Earth. The ground surrounding the town is permanently frozen; average temperatures range from -50°F in December to +50°F in August, with an annual mean of zero degrees. Daylight in winter can last just 3 hours while in summer it can extend to 21 hours.

There are no hotels in Oymyakon, but several families are said to be willing to host guests for the night. Oymyakon loves visitors; the mayor will give any guest a certificate celebrating a visit to the “Pole of the Cold.” The town is very remote; the nearest city is in Yakutsk, a 3-day drive away.

For the most part the landscape is white year-round. Just about everything is covered with snow and ice. The principle industry is still very traditional, with fur trading and ice fishing stalwarts of the local economy.

Despite the endless snow, the views are fantastic. The arctic location of Oymyakon yields some of the most beautiful sunsets in the world, and they are very popular with photographers.

Progress in Oymyakon is slow; in 2008 the town’s school received its first indoor toilet. Mobile phone service is not available, and even if it was phones wouldn’t be able to function in those temperatures.

No farming takes place and there is only a single shop to provide all of the town’s food and material supplies. Residents cannot wear glasses outside as they will instantly freeze to one’s face. Forget licking anything.

The name Oymyakon means “non-freezing water.”  It was named for a nearby hot spring.

At least the sunsets are beautiful. 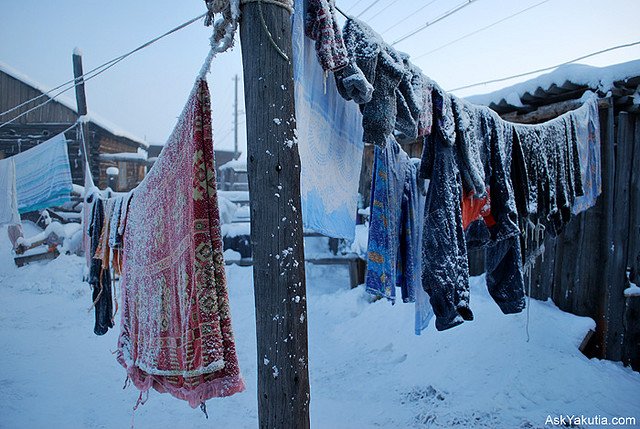