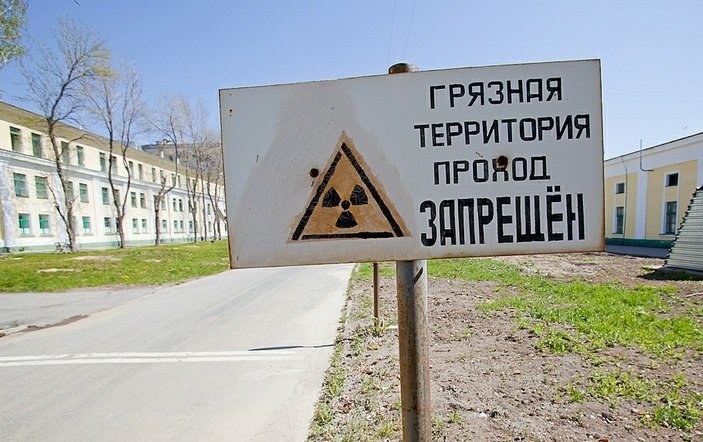 Outside of the Chernobyl incident, we seldom hear about the nuclear laboratories and test facilities of the former U.S.S.R. One particular installation – Chelyabinsk-40 – was the first Soviet plutonium production complex and the site of three separate massive nuclear incidents.

Until recently this area was not included on maps and the Russian government denied its existence. No visitors had been allowed under any circumstances, and all residents worked in the facility (later referred to as Chelyabinsk-65).  With the fall of the Soviet Union in the early 90’s, Chelyabinsk-40 was finally acknowledged by the government and granted town status. 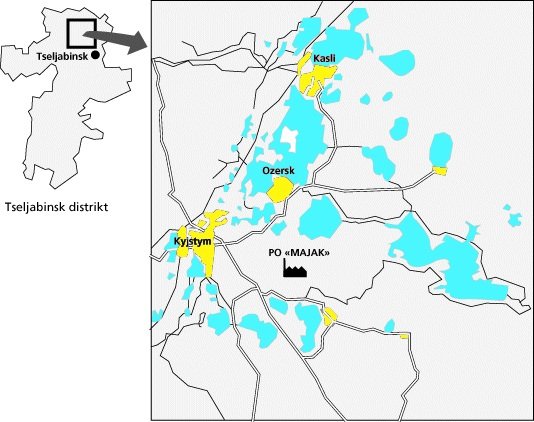 Seventy thousand prisoners from twelve labor camps began construction of the underground city in 1945. The first nuclear reactor, Anotchka, was constructed in 18 months.

Additional nearby facilities would be constructed around the area later known as Ozyorsk (or Ozersk), which would house nearly 100,000 people and encompass some 90 square kilometers. The region chosen by the Soviet government was called the Mayak complex and was to serve as secret headquarters for nuclear research and development. 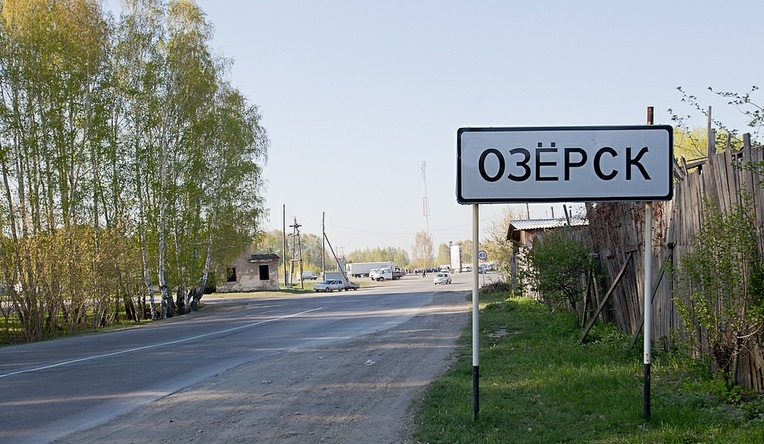 Aside from the nuclear scientists, most of the workers in the underground nuclear facility were prisoners who agreed to work in such conditions in exchange for a lesser sentence. Russian convicts were given the option to work 25 years hard labor in Siberia or 5 years underground in Chelyabinsk-40.

It really was a death sentence, however; no workers would live beyond five years with that level of radioactive exposure. Of course at the time, the convicts did not know what they’d be doing at this facility nor were they aware of the ramifications of increased exposure to radioactive material. Ultimately, the entire Mayak complex would be closed to all non-residents for nearly 45 years.

During the first six years of operation, the entire Mayak complex dumped its radioactive waste into the Techa River, which happened to be the only source of water for the 24 villages along its banks. By 1951, it became obvious the waste run-off was damaging the river and surrounding population. Soon after, nuclear waste from Chelyabinsk-40 was found in the Arctic Ocean.

This prompted the decision to dump radioactive waste elsewhere. Lake Karachay was chosen, in part because the lake had no outlet. To limit future incidents of residents interacting with the radioactive Techa River, authorities strung barbed-wire fences up and down the river banks restricting any human habitation. One thing they did not do was disclose the reasons why to the local population. 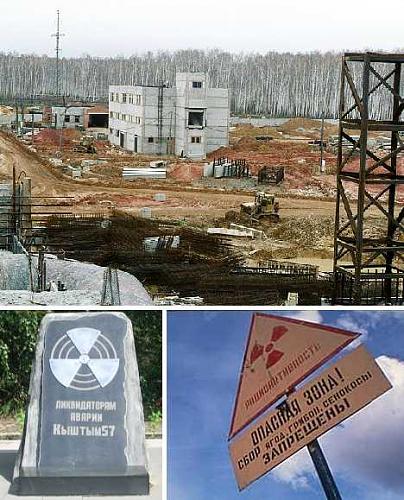 In 1957 a radioactive waste containment sector failed and exploded. Radiation was immediately spread throughout the region, affecting over 250,000 people.  This was long before the Chernobyl incident and it occurred in a secret underground facility; less than half of one percent of the population was evacuated, and public awareness of the incident was non-existent.

Experts have said the explosion itself was a force of 70 to 100 tons of TNT, although the radioactivity released into the atmosphere was estimated to only be one-fourth that of the later Chernobyl disaster.

The first evacuations didn’t take place until ten days later, and other areas were not evacuated until a year later. During this time, the entire population had been unknowingly consuming contaminated food and water. 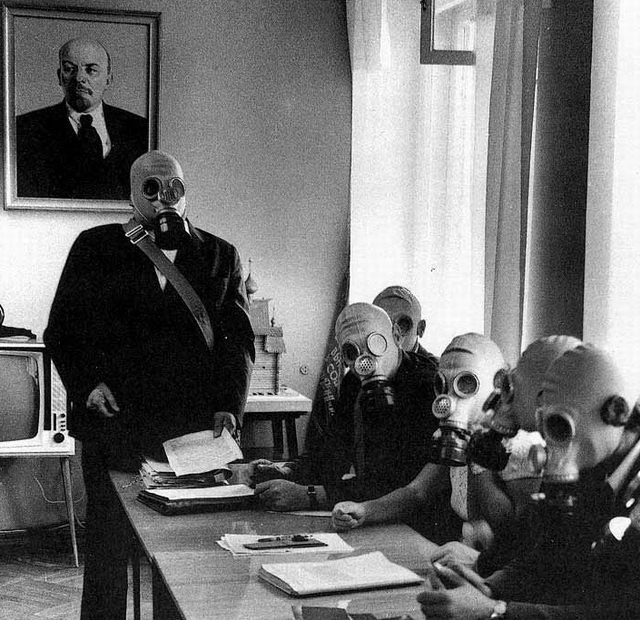 By 1959 every tree within a 12-mile radius of Chelyabinsk-40 was dead. Later, the government would finally plow 515 acres of radioactive land in an attempt to re-start agricultural use, but this would not be completed until 1978.

In 1967 a drought reduced water levels in Lake Karachay where the waste was being dumped, exposing radioactive dust. The dust was spread by gale-force winds in the area, spread over 25,000 square kilometers and exposing another 500,000 residents to nuclear fallout.

The lake would eventually accumulate over 120 million curies of radionuclides. To put that in perspective, the Chernobyl incident released 1 million.

There is little in the way of published first-hand witness accounts, possibly due to the guaranteed death of anyone that worked there or the Soviet oversight of information written and published about Chelyabinsk-40 . We do have accounts from traveling musicians, however, who were shuttled to the secret location by the Soviet government to entertain the workers.

One account described the trip to the location as being extremely protected. After a security checkpoint where IDs were checked and musicians questioned, curtains were drawn on the transporting bus so the musicians would not see where they were being taken.  They were driven into darkness and could tell they had descended underground, but did not know where. 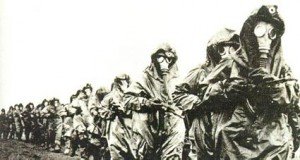 The bus dropped the musicians off in an underground city, complete with buildings, streets, shops, and pedestrians. According to the musicians the underground structure was huge, described by some to be four-stories tall with massive overhead lights to illuminate and mimic natural daylight.

Conditions at Chelyabinsk-40 meant incentives were necessary to entice Russians to work there, and witness accounts reveal there were plenty. The stores were allegedly stocked with rare and exotic foods. Premium wines and liquors adorned the shelves, and expensive clothing and jewelry seemed to appear there before it hit other major cities – and all for unusually low and affordable prices.

The musicians did not know what the workers at Chelyabinsk-40 did or why they were offered such wonderful merchandise at bargain basement prices, but they did know they were sick immediately following their 2 hour performance. Two accounts reported they had the most terrible headache they’ve ever experienced after only being there for a couple of hours.

One can imagine what it must have been like for the prisoner workers who did not get to leave. 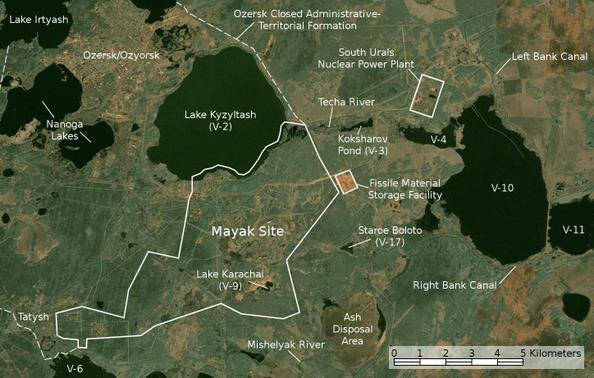 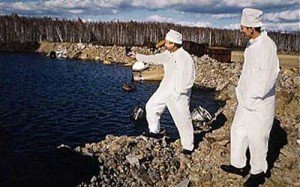 Throughout the development and operation of the Mayak complex there appeared to be little concern by the government for the effects of its activities, both in the health of the population and ecological effects on the environment.

It is probably no coincidence there is no information available regarding injuries or fatalities suffered at the Mayak complex during its years of operation. Official records released after the collapse of the Soviet Union indicate no deaths due to radiation exposure, but this would seem unlikely given the mission of the facility and the materials they worked with.

Talking to local residents paints a far different picture. One man in the nearby town of Argayash shared that he lost his grandmother, both parents, and three siblings to cancer; sadly, he was also recently diagnosed as well. 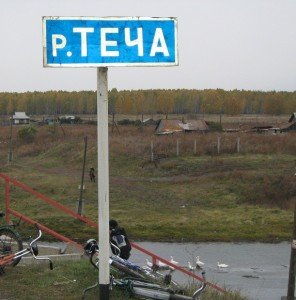 A local osteopath admits he treats many children around the Mayak complex born without hands, legs, or feet. Local lore refers to them as the dying generation.

Current nuclear doctrine states workers should not be exposed to more than 2 Roentgen Equivalent Man (REM) per year. We know during the first year at Chelyabinsk-40 workers were exposed to 93.6 REM, over 45 times the recommended maximum exposure.

By 1951, workers were exposed to 113.3 REM each year with some of the extreme cases seeing workers exposed to 400 REM. Over decades the site eventually became the most contaminated place on earth. 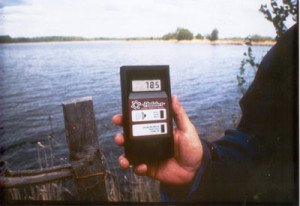 Today radioactivity in the ground water around Lake Karachay has migrated several kilometers and it is said anyone standing on the lake shore would receive a lethal dose of about 600 REM in an hour.

Since 1978 Soviet authorities have been working on the cleanup, filling the lake with hollow concrete blocks, rock, and soil to help reduce the dispersion of radioactivity. Today, cleanup efforts have the lake nearly filled; only a small reservoir remains.

The Techa River’s barbed-wire fences have long since rusted and local residents rarely observe the warnings posted. The radiation levels are still 50 times greater than normal on the banks of the Techa. 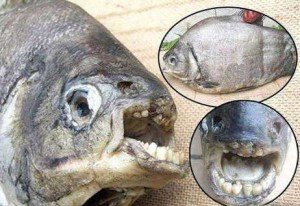 Experts say there is still over 400 million cubic meters of radioactive waste in open reservoirs around the river, where fish are still caught that have 100 times the radiation of normal fish.

In 50 years it is believed over a half million people have been exposed to 20 times the radiation suffered by Chernobyl victims.

A tragic issue is the fact the residents were never told what was going on nearby underground, and even through the following decades when residents were increasingly visiting doctors and death tolls from cancer were rising – no one explained there was a nuclear facility in their backyard.

Dr. Kosenko, an official who worked for the Federal Institute of Biochemistry (FIB), admitted as much about what became the most contaminated place on earth: 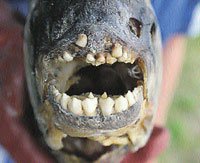 “All this information was kept top secret because the factory produced weapons-grade plutonium. If someone had learned that residents were becoming irradiated, it would have exposed the location of the factory to our enemies. That’s why these people weren’t given any information about radiation.”

The oversight by the Soviet government was so extreme, doctors were not allowed to cite cancer as a cause of death on death certificates. 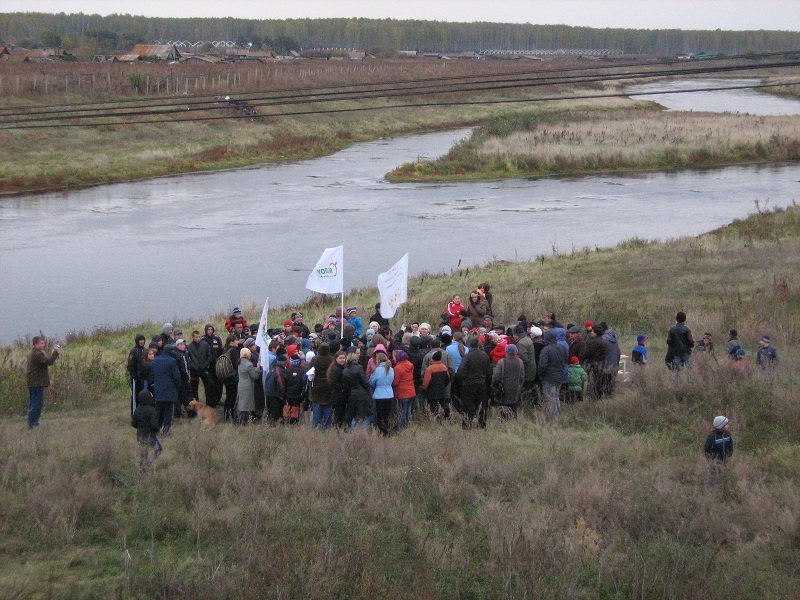 Friends and relatives gather on the banks of the Techa for a memorial service. In the distance: abandoned village and remnants of barbed-wire fencing

Interesting fact: U.S. pilot Gary Powers’ U2 was shot down over Russia in 1960 conducting surveillance of the Mayak complex at Chelyabinsk-40.

(The original lake is East and a tad South of where the map identifies.  It has been almost completely filled with concrete and appears as the huge circular area just to the right)