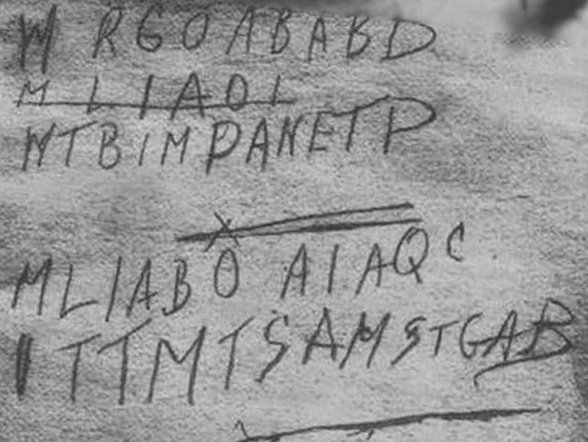 The day was December 1st, 1948.  Around 6:30 a.m. on Somerton Beach in Adelaide, Australia, passerbys found the body of a man laying on the beach.  Some witnesses claimed they saw him on the beach the night before, but since they thought they had seen his  arm move, they thought he might be homeless or drunk and pressed on.  By the next morning the next witness knew something was wrong and called police. 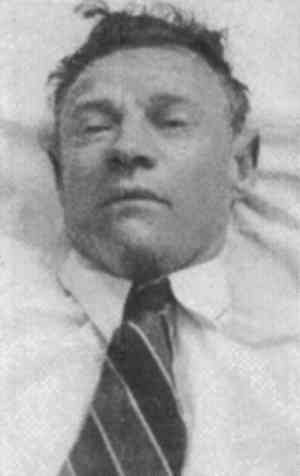 The coroner discovered the man to be about mid-forties in great shape with broad shoulders and thin waist.  He was dressed smartly in a suit and tie with matching sweater, but missing a hat (irregular for the time).  He was clean-shaven with no tattoos or distinguishing marks, had no identification, and no dental records.  In his pockets were a used bus ticket and an unused rail ticket.

All of his clothing had its labels removed, except for three items labeled “Keane.” He had a cigarette behind his ear and another half-smoked cigarette stuck between his collar and cheek.  The autopsy revealed little, other than the coroner suspects the man might have been poisoned although there was no evidence of what was used.

The man had a hidden inner fob pocket that was sewn inside of his pant leg.  In this sewn pocket was a small, rolled-up piece of paper neatly trimmed around the words “Taman Shud“. Officials were called in to decipher the text, who identified it as meaning “finished” – found on the last page of a collection of poems called The Rubaiyat of Omar Khayyam.  Experts did not know which book this came from, and a worldwide search for any copy of The Rubaiyat was performed. 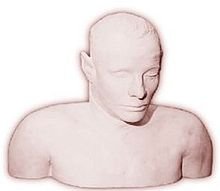 Authorities immediately circulated the man’s fingerprints and photograph nationwide along with the story, but no solid leads came.  The “Keane” name was followed up with, but the missing sailor named “Keane” did not look like the man that was found and the clothes were not recognized as Keane’s.  So, for the first time in Australian history, the body was embalmed for preservation given the unknown circumstances around his death. They also created a plaster bust of the victim for help later in the investigation.

After the police had the newspapers run pictures of the “Taman Shud” passage & details of the book The Rubaiyat, a man came forward to police saying he found a copy in the back seat of his car (which he keeps unlocked on the street), missing a page.  In the back of this book was a page of five lines of capital letters with the second crossed out.

Was this a code?  Also found in the book was a phone number, which belonged to a nurse who lived 800m from the place where the man was found.  The nurse said she had once owned a copy of The Rubaiyat when she worked at the Hospital during WWII, but gave it to a soldier named Alfred Boxall.

Boxall was a suspected identity for the man until Alfred was located, alive and well, along with his copy of The Rubaiyat that still had the “Taman Shud” page intact.  The nurse had her name sealed in record for privacy concerns, and was later discovered to have died in 2007, taking what she knew with her.  Her name could possibly never be known, considering all the original investigation files have since been lost or destroyed. 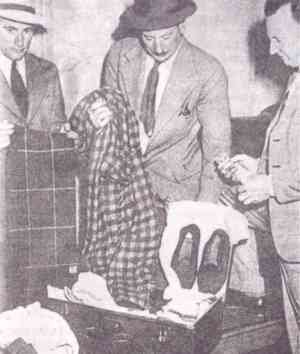 A month and a half after the Somerton Man was discovered, a brown suitcase was found in the Adelaide rail station not far from where the man’s body was discovered.  The suitcase didn’t carry any extraordinarily unusual items, but it did contain fabrics made with threads that were unavailable in Australia; they were specifically known to have originated from the United States.  Also, the clothes in the suitcase had its labels removed as well.

There are many theories as to what might have happened, and what the circumstances might have been.   The most common and popular seem to revolve around spies and cover-ups, with the general consensus being that the man was poisoned.

If the story wasn’t eerie enough already, there  were other cases of similar deaths.  Three years earlier, Joseph Marshall was found dead on the beach grasping a copy of The Rubaiyat – death by poisoning.   Two months later the nurse gave her copy to Boxall, in a town 1 km South of where Marshall was found dead.  One of the witnesses whom testified at the Marshall trial was found dead, face down, in a bath tub with her wrists slit.

People who came forward about the Somerton Man all were silenced – either through threats or in some cases, death.  Six months after the Somerton Man’s body was discovered, a two year old was found dead next to his unconscious father in the desert.  They had been kidnapped and dumped in the desert, coincidentally before they were to give more information to the police about the identity of the Somerton Man.

Ultimately, the fear worked and nobody would reveal what they knew.  All that were involved with the case have passed away, and the original investigation files were misplaced and destroyed.  The case is still considered “open” by Australian authorities.

So what do you think?  Somewhat interesting?  Share your comments below…