Thirty five miles northeast of Louisville, Kentucky on the Indiana side of the Ohio River, a 987-acre property with crumbling structures sits abandoned. The land is the former site of the Marble Hill Nuclear Power Station, an unfinished plant which would have been the only operational nuclear power-generating facility in Indiana.

But construction was halted – then completely abandoned – in 1984. Skyrocketing construction costs ultimately doomed the project. A change in social attitudes toward nuclear energy, increasing liabilities for the operator, and an internal scandal all helped contribute to the largest failed capital spending project in Indiana state history. 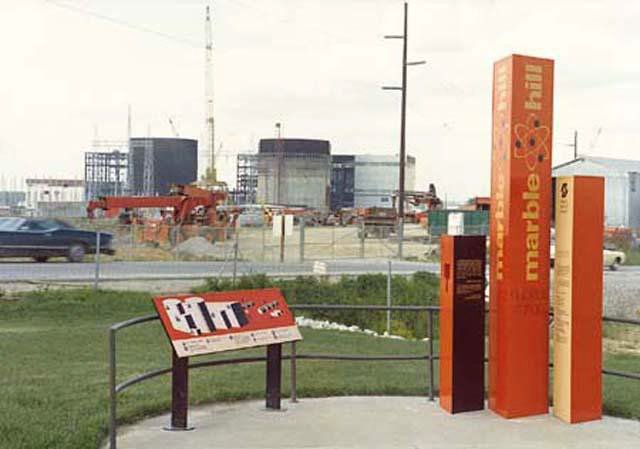 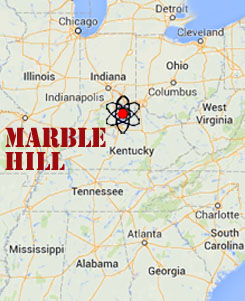 Public Service Indiana (PSI) proposed the concept in 1973 with an initial estimated construction cost of $700 million dollars ($3.75B in 2014 if adjusted for inflation).

The suggested plant was to be built just 30 minutes south of Madison (map) and designed to house two Westinghouse 1,130 megawatt light-water reactors, each capable of generating 3,425 thermal megawatts. The steam turbines could convert the reactors’ heat into 2,360 megawatts of generated power.

The first reactor was scheduled to commence operation in January of 1982 with the second reactor expected to come online two years later, in January of 1984. Delays later pushed these estimates to 1986 and 1987, respectively.

Eighty five percent of the plant’s capacity was to be split between PSI and the Northern Indiana Public Service Company (NIPSCO), with the remaining 15% being diverted to other entities (including the Kentucky-Indiana Municipal Power Association, the City of Richmond, Indiana, the East Kentucky Power Cooperative, and the Wabash Valley Power Association.)

In addition to the plant and reactors, plans called for construction of 115 miles of transmission lines across 3,475 acres of land. 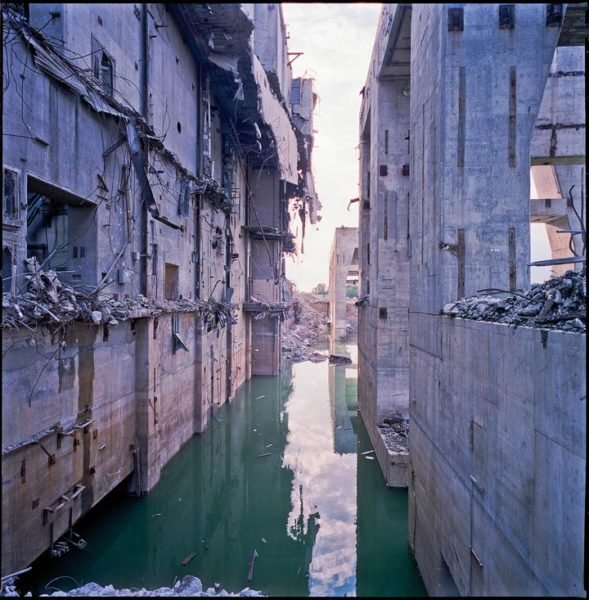 Eighty five transmission stations would be added along with a new spur line from the Baltimore & Ohio Railroad, which would occupy another 245 acres.

Marble Hill construction was scheduled to begin in July of 1976, but from the outset financial and regulatory speed bumps forced PSI into commencement delays. It wasn’t until December of that year the company was issued a limited work authorization order to begin.

In September of 1977 public hearings were held regarding the escalating estimates. During the hearings it was learned the estimated costs for the site had doubled to $1.4 billion; critics accused PSI of skewing numbers to prevent opponents from using economic arguments against the endeavor. 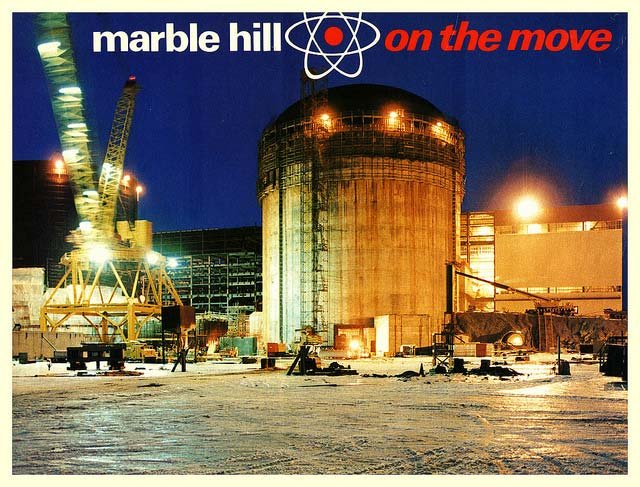 Despite the higher costs plans moved forward, and construction began in the late fall of 1977. Local support temporarily increased as the construction created nearly 8,000 jobs and brought new money to the local economy.

When fully-operational, Marble Hill was scheduled to employ 250 people.

Any support the project could muster was short-lived; environmental advocacy groups like the Paddlewheel Alliance staged non-violent protests on the property between 1978 and 1979. 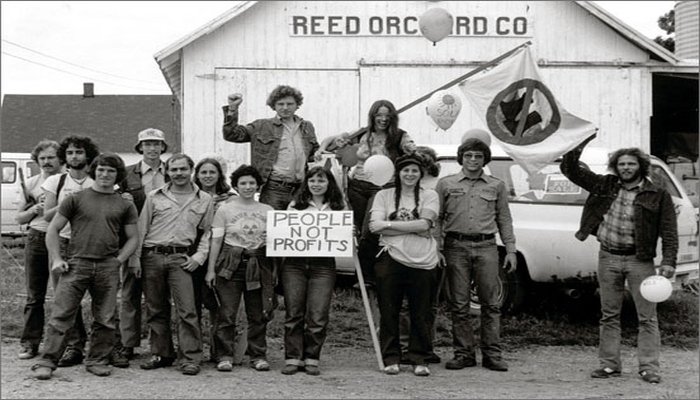 Eighty-nine protesters were arrested in a June 1979 occupation, but PSI’s development plans would continue.

Nuclear energy endured a massive blow after the Three Mile Island Accident in 1979. In March of that year the Pennsylvania plant suffered partial meltdown after a systems failure let a core of activated uranium overheat and build pressure inside of a containment building.

Fortunately major disaster was averted, with low-level ground and water contamination being the only fallout – but by this time, the public relations damage done to nuclear energy was beyond repair.

While there was no widespread catastrophe at Three Mile Island, it magnified the dangers of nuclear power generation and brought them to the forefront of the public’s attention.

In the wake of the disaster dozens of planned plants were cancelled. Expansions and upgrades to existing plants were delayed, and funding for any nuclear projects became scarce. 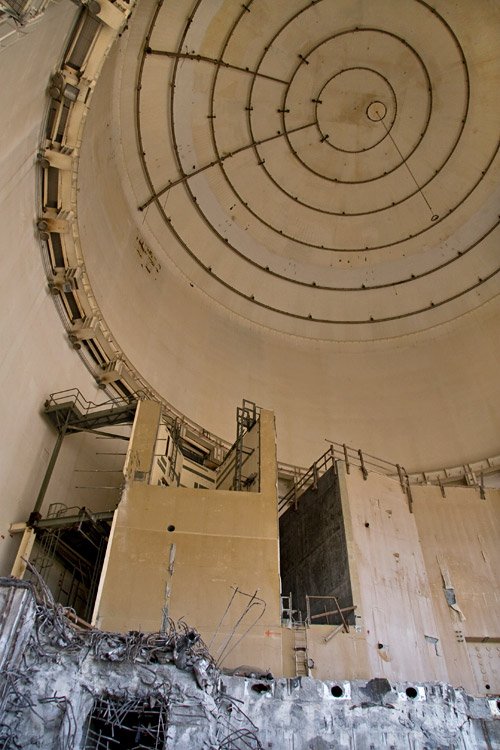 The next bombshell to drop came from a former employee. In May of 1979, Charles Cutshall filed an affidavit claiming he and other employees had been instructed to cover up defects in construction while they worked on the plant.

Cutshall’s testimony indicated improperly mixed concrete was used in the containment building walls, which resulted in the creation of air pockets. Otherwise known as honeycombing, this could lead to failure of integrity should a breach occur.

The Cutshall accusations were a nightmare for Public Service Indiana, and one which would result in two work stoppages and a Congressional investigation. In addition, the Nuclear Regulatory Commission (NRC) hired independent analysts to review the concrete allegations.

In March of 1980, five hundred people crammed a local school to protest a restart of the construction; however nineteen months after Cutshall’s allegations, construction on Marble Hill resumed – but not before the delays added to project cost.

By 1981 local support had reached an all-time low. Revised cost estimates by PSI had eclipsed $3.4 billion dollars, forcing the power company to seek state funding guarantees for a Construction in Progress (CIP) permit.

Estimates were revised upward once more in 1983 to $5.1 billion – but despite the increases Public Service Indiana’s leadership remained confident in the economic feasibility of the plant.

“With all the trials and tribulations we’ve been through, it [nuclear energy] is still the best choice. There will be rate shock at the time we go on line. There is no question rates will go up. But it is still the best cost alternative for consumers…”

Marble Hill opponents compared the nuclear development costs to the economic catastrophe of the Wabash Canal, in which an over-sized project nearly bankrupted Indiana 150 years earlier.

The project was highly levered, and PSI’s credit rating suffered as a result. The power company’s borrowing rates increased from ten to fifteen percent while their bond ratings suffered a downgrade. Public Service Indiana’s financial situation was dire; the company could ill-afford to borrow additional money to finish the project, which by 1983 was only 20 percent complete.

In late 1983, Indiana Governor Robert Orr tasked a council to study the Marble Hill project. The resulting report estimated the project would cost $7.7 billion to complete. The findings came with a recommendation to abandon the project and not hold taxpayers accountable for future costs.

Finger-pointing was rampant, but employees were often kept in the dark. Former worker Russell Drollinger recounted his version of events:

“The Company told us in October 1983 that they were committed to completing the plant… and then January 1984 back after the holidays they tell us to pack our belongings and get out.”

“I worked for PSI between 1978 and 1979, fresh out of school. By 1978, you could see that every cent in the company was being absorbed by Marble Hill. I believe at the time all of PSI had a net worth of about $750 million. Jobs outside of the construction jobs were going unfilled in the offices, promotions ground to a halt – the writing was on the wall – not the place to be so early in your career.”

The first reactor was scheduled for delayed completion in 1986, but it would never see operation. Construction on the site was halted for the final time on January 10th, 1984 when the PSI board cancelled the project.

Governor Robert Orr expounded on Barker’s words and offered completion of the facility would cause Public Service Indiana to go bankrupt, and ultimately create statewide-increases in electricity rates.

Officially, the reactors had been 55% and 35% completed before construction was halted. More than $2.8 billion had been spent (or about $6.4B in 2014 dollars) before the partially-finished project was abandoned, ranking Marble Hill as the second most expensive abandoned nuclear project in United States history (only Shoreham cost more).

The project was a failure, but it was not the first plant in the state to be scrapped: In August of 1981, the Bailly Nuclear Plant near the Indiana Dunes National Lakeshore was similarly canceled over escalating costs. The Bailly plant was conceived in 1967 with an original price tag of $187 million. Legal battles and other delays left the project on hold for nearly five years before revised $1.8B cost estimates eventually shut down development.

Repercussions from project abandonment were long-lasting and widespread. Over 3,500 construction workers were laid off, sending the county’s unemployment rate soaring to 24.8%; it would not return to historical averages for over two years.

Desperate for cash, Public Service Indiana staged a preliminary auction in 1985. The sale generated roughly $8 million in proceeds for the new and unused reactor hardware. A second auction in 1986 managed to raise $90 million, ultimately leaving PSI with pennies on the dollar for their original investment.

The company was able to raise nearly $100 million through auctions, but proceeds were enough to satisfy just six percent of the $1.65 billion outstanding debt obligation.

Three years after the project was scuttled, just fifty people remained on site. Marble Hill’s final staff was tasked with monitoring the safety and security of the facility during teardown and re-utilization.

PSI’s Marble Hill problems did not end when construction stopped. In January of 1988, the Federal government sued the Wabash Valley Power Association and its Cooperatives over $500 million in unpaid debt from the Rural Electrification Administration (REA) origination loan used to build Marble Hill.

Between 1990 and 1996, Public Service Indiana subsidiary Power Equipment Supply Company (PESCO) was tasked with selling the remaining parts and equipment of Marble Hill. PESCO identified extractable items of value, acted as an equipment broker, and sold items on consignment for others.

PSI merged with Cincinnati Gas & Electric in 1994 to form Cinergy. In November of 1998 Cinergy sold Marble Hill to a Madison-based agricultural equipment and lumber business; however after seven years of non-use, the company sold the Marble Hill site in 2005. 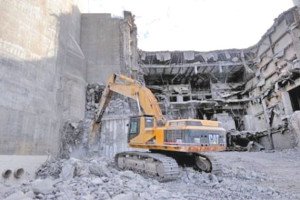 azing was scheduled to begin on the eighteenth of March in 2005, but between funding and permitting delays the leveling of Marble Hill was pushed into 2007.

The task of controlled demolition was contracted to MCM Management Corporation. The first structure to be targeted was the five-story turbine building.

Initial attempts to implode the concrete building using traditional dynamite failed to collapse the structure; a second effort in March of 2007 brought the building to the ground.

Shortly thereafter the fuel handling building (the smaller square structure between the two containment buildings) was also demolished by MCM.

The containment buildings presented a more delicate task of reactor core teardown, and would have to wait another three years.

In August of 2010, one containment building was demolished while the other had its reactor core removed (see below).

By December of 2011 the second containment building had been razed, leaving little evidence of what the site was intended to be. 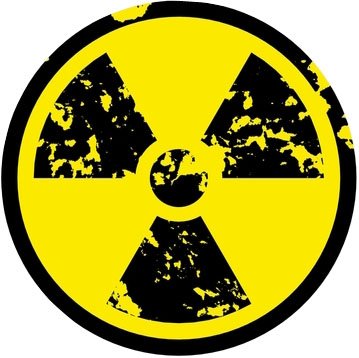 Since abandonment of the project in 1984, the State of Indiana has not pursued the construction of additional nuclear sites. Social attitude shifted away from nuclear power generation after the various failures at Chernobyl, Three Mile Island, Shoreham, and Marble Hill, among others.

Fortunately the 2nd most expensive abandoned civilian nuclear project site in United States history is not radioactive – but it is for sale. From a recent listing:

• Marble Hill got its name from the limestone beneath it, which reminded area settlers of Italian white marble.

• Marble Hill was not the only failed nuclear plant project in Indiana. The Bailly Nuclear Power Plant was proposed in 1967 and cancelled in 1981.

• The Marble Hill facility is the only public steam-turbine nuclear power plant constructed in the State of Indiana. Purdue University’s Reactor One was constructed in 1962, but its status as a private research reactor means it operates well below boiling conditions and is not a public power provider.

• The unfinished Cherokee Nuclear Power Plant near Gaffney, South Carolina (map), was another nuclear project abandoned due to escalating costs. The turbine pit in this facility was later used by James Cameron for the film The Abyss.

• As of the date of this post, Lee & Associates Commercial Real Estate Services is offering the property for sale.