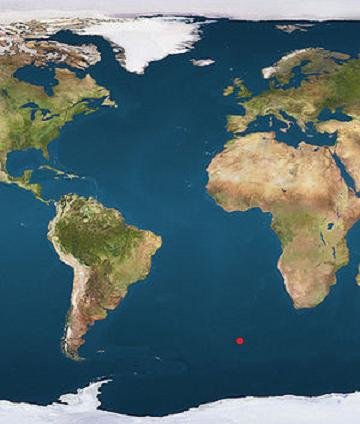 The highest point is the top of the dormant volcano located in the middle of the island. At 2,559 ft (780 m) high in a landmass that only spans 49 square miles, Bouvet Island can appear daunting upon approach. Over 90% of the landmass is glacier, with thick layers of ice frozen over volcanic sand. 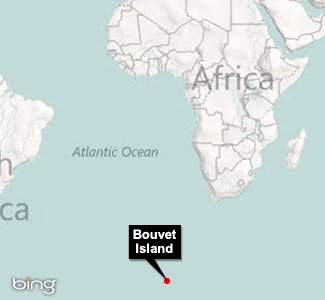 Options for approach are limited as there are no ports or harbors at Bouvet. Helicopter launched via nearby ship is the only way to visit. There is no phone, electricity, or plumbing, and there are no year-round human residents.

One likely wouldn’t want to live there anyway, the climate is inhospitable for most of the year. In the winter temperatures are well below freezing, and the fierce winds can blow you off your feet. Bouvet has the topography of a mountaintop, so the proposition of any fall becomes much more treacherous.

Slippery ice is everywhere, much of it hidden in the blinding snow. In addition the entire island is susceptible to avalanche. Imagine living in Mount Everest base camp weather conditions – but at only 2,500 feet of altitude.

Bouvet is about as hospitable, if not less accessible, than Everest base camp – and it is one of the most remote islands in the world.

The only inhabitants on the island are seals, seabirds, and penguins. 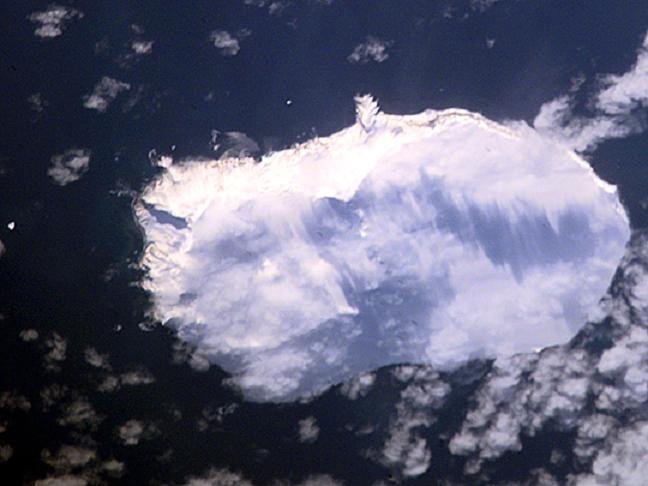 Although the island was first spotted in 1739 by Bouvet, he recorded the incorrect coordinates so the island was unknowingly given a different name the next time it was spotted. The glacier was named Lindsay Island by British whaler captain James Lindsay when he came across the island in 1808.

In 1825 British explorer George Norris re-named it Liverpool Island and claimed it for the British crown. The first extended stay by humans on the island would come in 1927 when a Norwegian exploration crew stopped at Bouvet Island. They would call it by its original name of Bouvet and they would re-claim it for Norway. A brief struggle with the United Kingdom would eventually yield the Norwegians the island. In 1930 it was officially recognized as a Norwegian dependency.

Bouvet Island was declared a nature reserve in 1971. In 1994 the Norwegians added a container building to act as a field station, however this would not last. By 2007 the station had been swept off its foundation and buried in an avalanche.

As of this writing, an unmanned weather station is reportedly still in operation on Bouvet Island.