For centuries the tuna industry flourished in Algarve, Portugal. Over time fishermen flocked to the coast of Portugal, eventually decimating the tuna population. When it became no longer profitable to fish for tuna, the fishermen left.

While the ships and the men of the sea are gone, the anchors used to catch tuna were left behind. 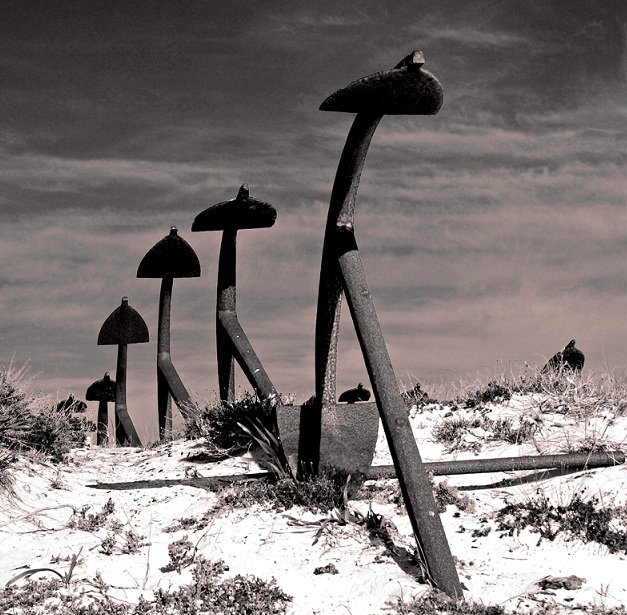 In the mid-twentieth century fishermen along the coast of Portugal were planting anchors into the beaches and cast nets along the coast. This mission to catch tuna was a regional tradition spanning generations, and practiced for more than one hundred years.

By the 1970’s the tuna population had decreased significantly. Correspondingly, fewer and fewer fishermen were tending to the beached anchors. When the well ran dry, the fishermen left. The big and heavy anchors were left behind.

Comparatively there isn’t much mystery behind the anchors as we know they were placed there by fishermen over time. Does that make them a cultural landmark, worthy of preservation in recognition of the area’s past? If there is, the local government doesn’t share that opinion. Recently, there were discussions to clean up the anchors from the beach.

What do you think?  Eyesore or cultural history?

See it on a map here