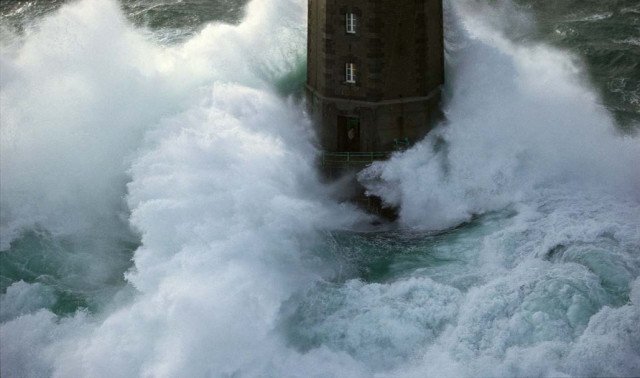 Lighthouses are a dying breed. Ships feared dark coastlines and relied on lighthouses to keep them safe from dangerous rocks. Today with GPS and other technologies, fewer ships need them so new lighthouse construction is extremely rare.

From candle-powered and manned lighthouses thousands of years ago to the modern, stand-alone LED lighthouses of today, it has been an interesting evolution for the coastline protectors of the world. What follows is a chronicle of important lighthouses in history.

Perhaps the most famous lighthouse is also one of the oldest. The Lighthouse of Alexandria (above) was estimated to have been built around 280 BC on the island of Pharos, and because it stood as the tallest man-made structure on Earth for many centuries it is also cited as one of the classic Seven Wonders of the World. The Romans adopted the idea and began building lighthouses at each of their major ports.

The oldest Roman lighthouse still in use today is the Tower of Hercules (below). Located along the Northern coast of Spain, this structure is thought to be about 1900 years old with the first references in literature occurring sometime around 415 AD.

The Tower of Hercules

An interesting side note is the Romans thought this part of Spain was the end of the Earth, as this was long before the days of Magellan and Columbus. 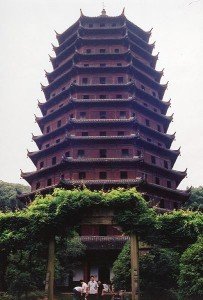 As navigation improved, lighthouses began appearing outside of the Mediterranean Sea. China’s Tang and Song dynasties built lighthouses as well, erected around 785 and 1165 AD, respectively.

Perhaps the oldest & most famous lighthouse in Asia, the Liuhe Pagoda (at left), was originally built for surveying and to act as a lookout.

From the beginning it was used as a lighthouse, however, due to its convenient placement along the shores of the Qiantang River. The Liuhe was originally constructed in 970 AD, destroyed during battle in 1121, and then rebuilt by the Southern Song Dynasty in 1165. 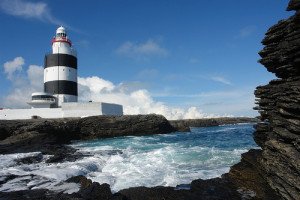 One of the oldest lighthouses in Europe is the Hook Lighthouse (at right & below) in County Wexford, Ireland.

Hook Lighthouse, believed to have been constructed in 1245, also holds the distinction of being the oldest operating lighthouse in the British Isles.

The circular structure still stands today as it did almost 800 years ago. 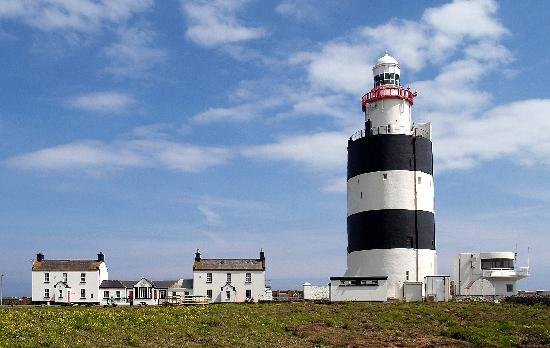 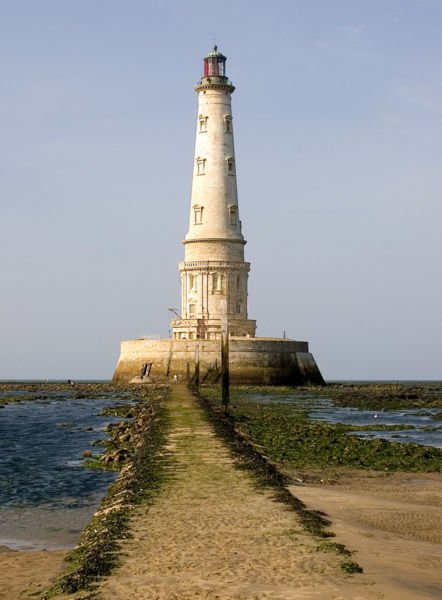 By 1481 the French erected the Cordouan Lighthouse (at right), their first. There were several iterations of the Cordouan over a hundred years, but the version you see today was finished in 1611.

In 1531 Estonia had the Kopu Lighthouse erected (pictured below). It is the third oldest lighthouse in the world and is still in use today.

In 1609, the British finished their first lighthouse at Trinity House. The earliest lighthouse built in North America was in 1586 near St. Augustine, Florida, however this lighthouse is no longer there.

The oldest still-standing lighthouse in the United States is the Sandy Hook Lighthouse in New Jersey (picured below), built in 1764. Incidentally, this lighthouse is still in operation. 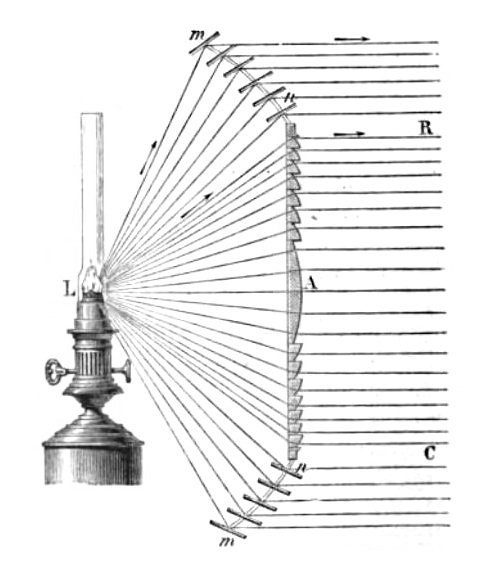 Lighthouse technology got a boost in 1822 with the invention of the Fresnel lens by Frenchman Augustin-Jean Fresnel.

He developed a glass lens that could refract 85% of light versus typical standard-pane designs which directed about 20%.

The first lighthouse to use the Fresnel lens was the Cordouan Lighthouse, and it was said the light could be seen from more than 20 miles (32 km) away.

It wasn’t until the turn of the 20th century lighthouses saw further construction advancements. Prefabricated skeletal iron and steel was now used to help lighthouses withstand more of the elements.

By the late 20th century, computers crept into lighthouses removing the requirements of manning them. Of course along with lighthouse advancements were other technology advancements, such as GPS navigation and depth finders.

By the time construction methods to withstand the elements were perfected, lighthouses started to become superfluous in the marine landscape.

The last manned lighthouse built in the United States was the Charleston Light (above), constructed in 1962. Built to modern specifications, it looks like an airport control tower.

The Charleston Light is also the only U.S. lighthouse to have an elevator. 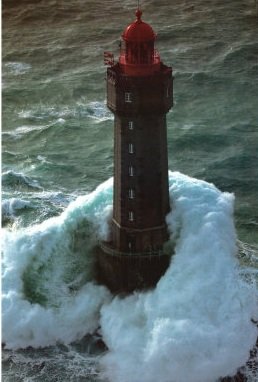 • Most Famous Lighthouse Today: This is debatable, but many believe the lighthouse at La Jument in Brittany, France, claims this title. La Jument was immortalized by photographer Jean Guichard (right, and at top of article) in 1989 during a helicopter trip specifically for picture-taking.

The lighthouse keeper was aware of a storm and thought the photographer’s helicopter was a rescue chopper so he came out to see. Don’t fret about his fate, however – according to multiple sources he immediately closed the lighthouse door and was fine.

Watch: Sequence of photos of La Jumet on youtube: