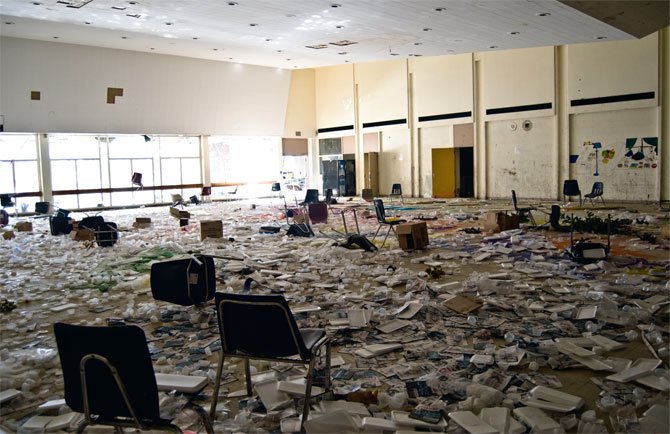 Over the last decade attendance in the Detroit school system has experienced a 50% decline, dropping from over 170,000 students to just 83,000 enrolled. Fifty-nine schools were closed in 2010. In February of 2011, city legislators approved a bill that would close another 70. Despite the closures, there will still be over 70 schools operating in the Detroit School district.

If Detroit didn’t have money to operate the schools, it comes as no surprise the city didn’t have the funds to raze them either. Dozens of abandoned facilities stand vacant around the city, a grim reminder of the declining population and industrial importance of Detroit. 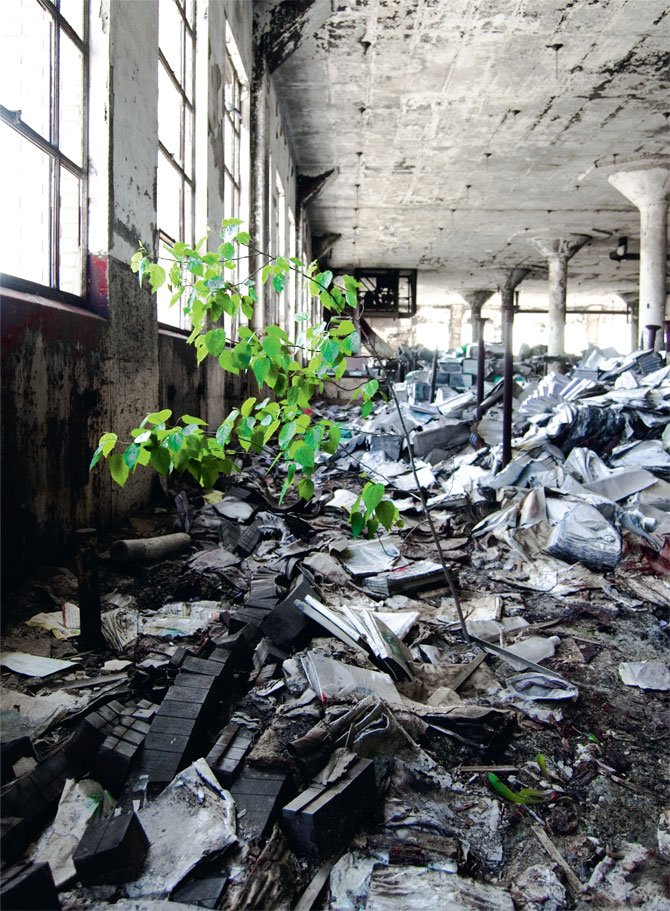 What plagues the school district is the same thing that plagues the city of Detroit: the decline of industry. Detroit was once the largest industrial hub in North America; the Big Three automakers owned hundred-acre tracts of land and employed hundreds of thousands of workers.

For the most part, all domestic auto production happened in Detroit. In the early 1950s Detroit was the fourth-largest city in the United States, boasting a population of nearly 2 million residents. From the 1970s until the 1990s the domestic automakers would see their market share drop; increased costs would also see more vehicle production outsourced.

Suddenly the jobs in Detroit started dwindling. So did the population. Since the late 1970’s Detroit has experienced a rare and unique phenomena in modern-day America: consistent negative growth.  Along with the departure of the auto industry, so too did the ancillary businesses close or move away.

Further complicating business in the Motor City were the unions and the mandatory raises and benefits for union members.  This made doing business in Detroit expensive and drove even more business out of Michigan. In 2011 official figures for unemployment are 30%, however the mayor and city officials will readily admit the figure is probably closer to 50%. 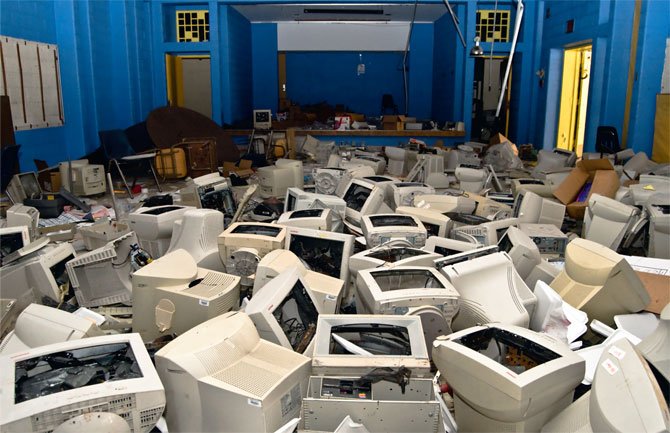 Even after all the closures and reductions, the Detroit Public School System is still Detroit’s largest single employer with over 13,750 employees. In 2011 the average Detroit teacher salary is $71,000, nearly 20% higher than state average and one of the highest in the country. 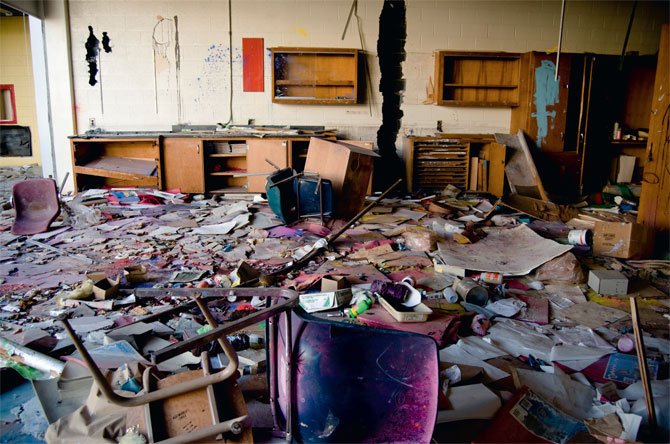 In 2007 the city of Detroit awarded a contract to a maintenance and clean-up firm for the securing, cleaning, and removing of old supplies from the closed schools. Either through oversight or impropriety, work at many of the closed schools was never done.

As with many abandoned buildings left unsecured in Detroit, thieves looking for metal and other valuable construction materials immediately broke in to steal anything of value. Soon after vandals mark their presence with graffiti, and possibly inflict additional physical damage.

Today many of the schools sit just like every other abandoned building in Detroit, cheaper to let rot than properly raze. Fascinating is the fact all the records, files, and sensitive documents were not re-located or stored for safekeeping; in many cases they were abandoned, only to be later strewn about by vandals.

Hundreds of acres of Detroit are completely vacant and run down; large parts of the city sit a shell of its former self. The pride and joy of the 20th century American industrial revolution now watches as the rest of the world passes it by. 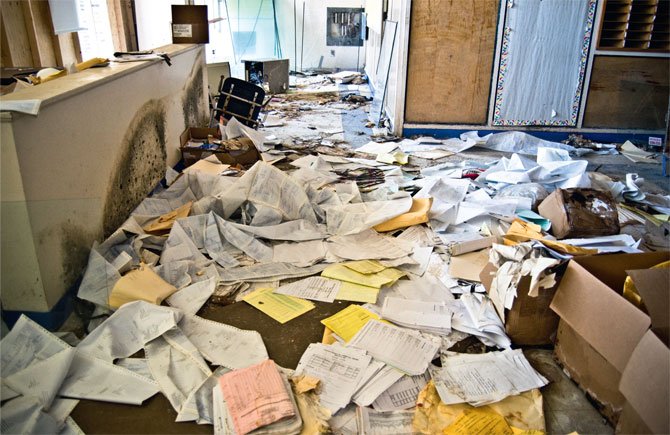