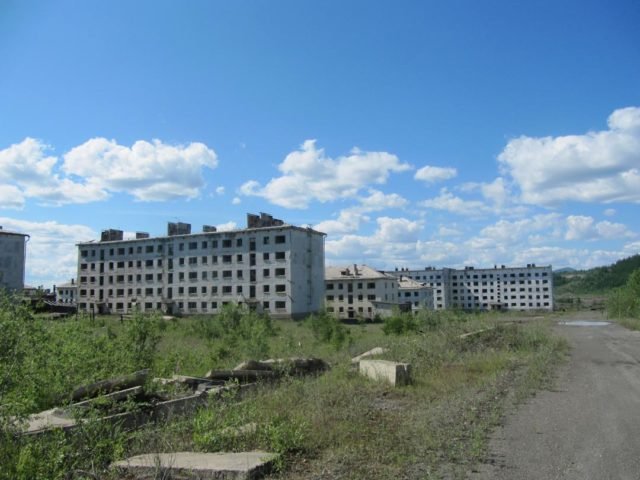 Deep in the Magadan region in remote Siberia, a coal mining town known as Kadykchan was built by Gulag prisoners during World War II. At its peak, the town housed nearly 11,000 residents. By the early 1990s, the decreased demand for coal and the fall of the Soviet Union would see the town start to decrease in importance. A mine explosion in 1996 killed six people and prompted ownership to shut down the mines altogether.

Today, there are fewer than 200 people left in this remote town.  There are no services, winters are extremely harsh, and the only way into town requires traveling on a ghost highway. 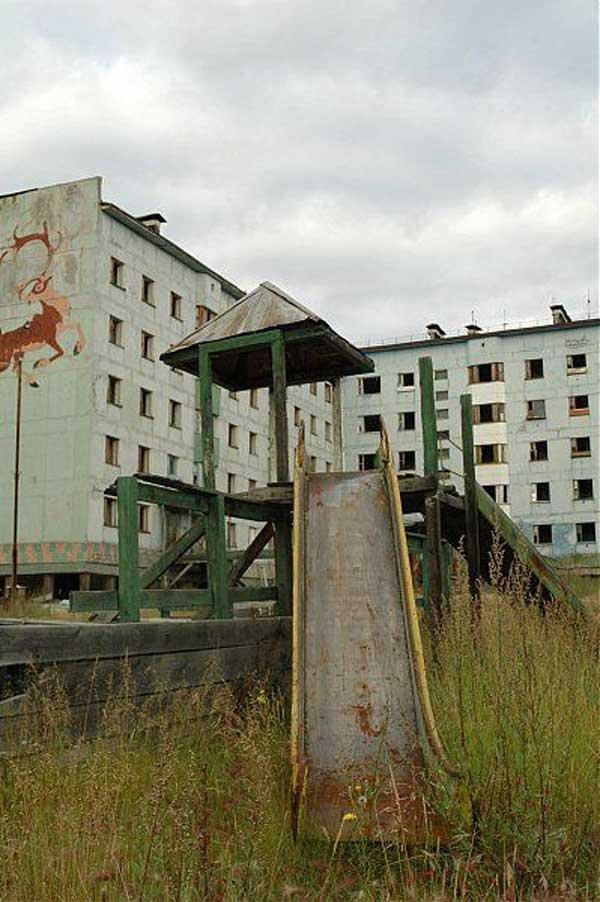 Through most of the twentieth century, coal was a key energy source for the Russians. After a large deposit of coal was discovered in Far East Siberia, government authorities ordered Gulag workers to construct a town at the site of the discovery. But to get to the area Gulag workers were also required to build the Kolyma highway, a road so remote and hazardous in construction it was named the Road of Bones.

Kadykchan is completely isolated from both eastern and western Russia. The closest city center is a several-day drive, and for much of the year weather conditions make the highway impassible.

Working conditions were rough; shifts were twelve hours, seven days a week – and there were no holidays. Winters last ten months and there was little to do in town with nothing to do outside it.

By the late 1980s a lowered demand for coal and a depletion of the mines resulted in lowered output from Kadykchan. As the mines dried up and coal prices came down, workers were laid off and quickly left town.

By 1989, the population had dropped to just under 5,800 people. By the time the mine explosion occurred in 1996, the town’s population was less than half that. Most residents were eager to leave quickly and many did so, electing to leave many possessions behind on the way out.

Due to poor record keeping during Cold War-era Soviet Russia, there is little we know about this town outside of recollections from past residents. Even though there is no longer power or running water, about 200 people stayed behind and still live there to this day.

However for most, the lives lost and poor conditions were reason enough to leave and never return.