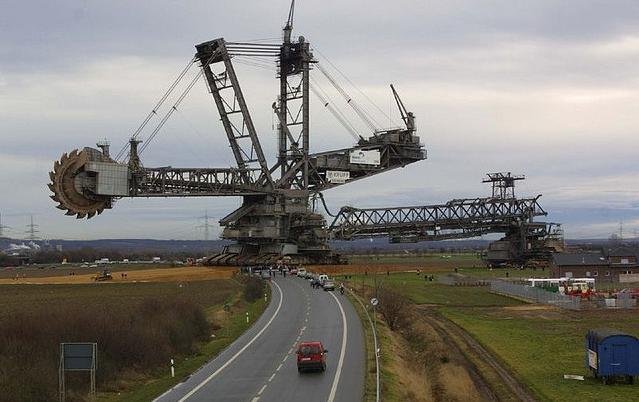 Exactly how big does a land-based vehicle need to be to qualify for the Guinness Book of World Records as largest in the world? How about 315 feet tall, 740 feet long, and weighing over 31 million pounds?

The Bagger 293 is a giant bucket-wheel excavator built in Germany in 1995. It requires a crew of five to operate and can move over 8.5 million cubic feet of earth per day. To put that in perspective, that is the equivalent of digging a hole the length of a football field and over 80 feet deep in a day.

“Bagger 293” is an easier name than MAN/TAKRAF RB293, the official name given by the manufacturers that built it. Weighing over 31 million pounds, the Bagger 293 isn’t going anywhere fast. It took over three weeks for the excavator to make the 80-mile journey from the factory to the Garzweiler mine it would first call home, traveling at the blistering pace of one kilometer per hour. 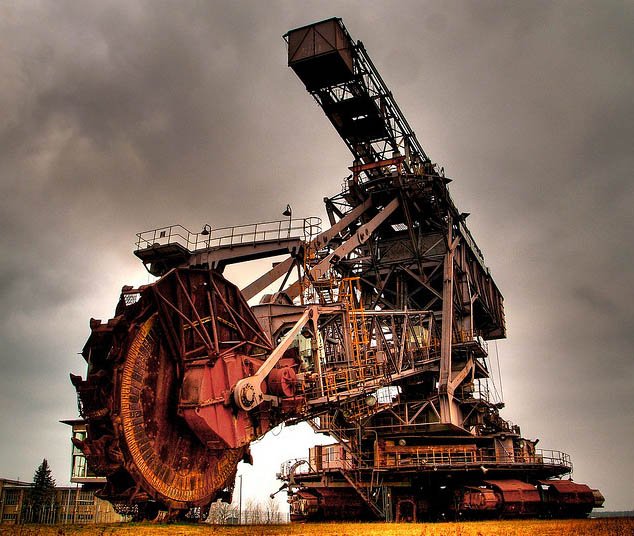 For excavation, the Bagger 293 uses a large 70-foot rotating wheel at the end of a long arm. This wheel has a series of buckets attached, and as the wheel rotates the buckets pick up the earth and dump it onto a conveyor belt. The conveyor belts will transport the earth to other vehicles for removal to the dumping site. 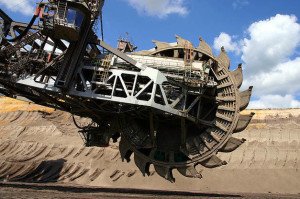 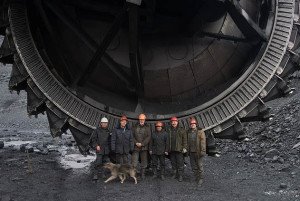 The Bagger is one of five built by MAN/TAKRAF – all built to serve as excavators. Being as big as they are, they are limited to use in only the largest quarries in the world. Transport is clearly not easy and the cost is extraordinary.

No word on the miles per gallon of these behemoths [gallons per mile?], but it’s safe to say they won’t challenge a Prius in the city. Satellite image of the Bagger 293 in Germany: click here 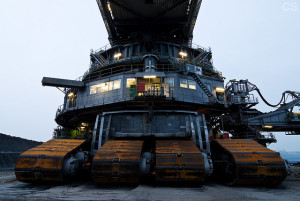 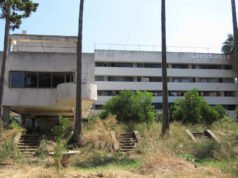 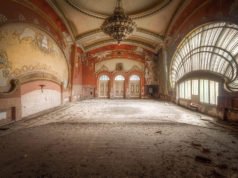