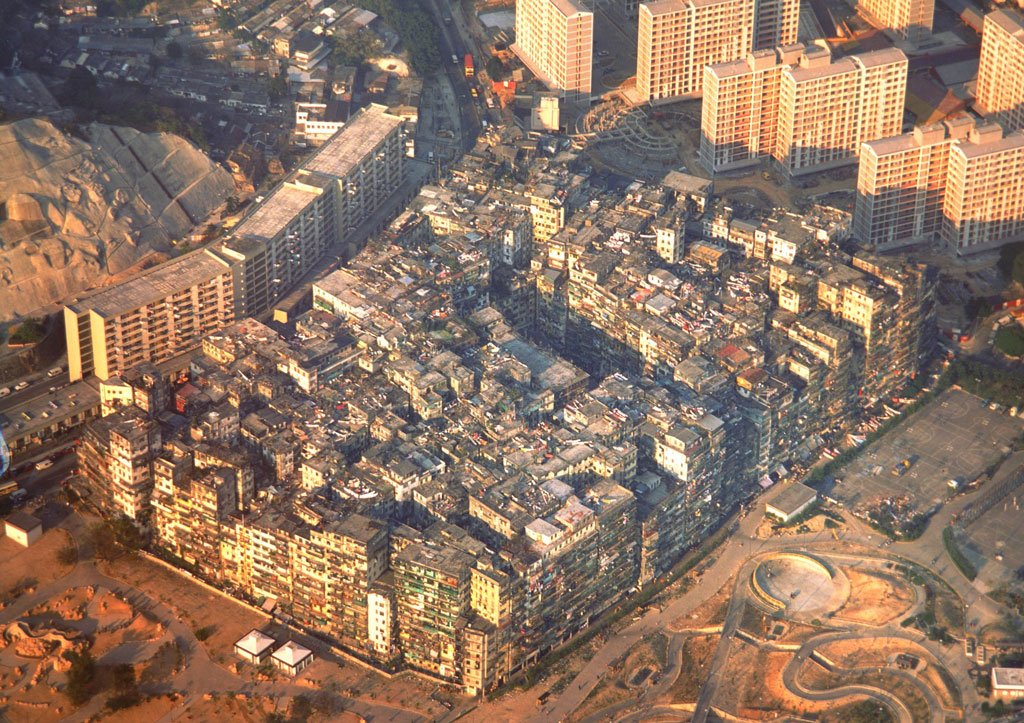 Originally built as a Chinese military fort, the Kowloon Walled City became a residential enclave after the New Territories were released to Britain in 1898. The population boom occurred after World War II, when the Japanese occupation drove prostitution, gambling, and drug use out of downtown Hong Kong and into Kowloon. 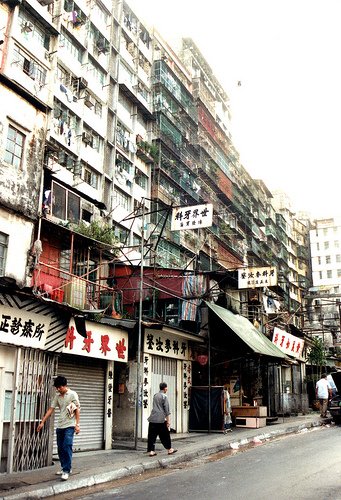 The Kowloon fort was built in 1810 originally to protect salt trade routes in and out of Hong Kong. By 1842, Hong Kong was ceded from China to Britain with the Treaty of Nanjing; however, the Walled City was not conceded as part of the agreement.

Thus, it was decided the fort needed reinforcing to protect the Chinese inhabitants from the British-ruled Hong Kong around it. In 1899 the British finally attacked Kowloon only to find no resistance from the 150 residents.

The British now claimed ownership of Kowloon but they did little with it – allowing it to decay until 1933 when the Hong Kong authorities announced it would be demolished. 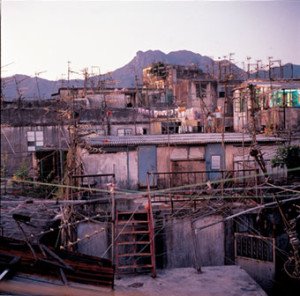 By 1940 only several structures remained on the land, and by the World War II occupation of Hong Kong by Japan, the city’s walls were demolished and the stone used elsewhere.

After Japan’s surrender in WWII, China laid claim to the Kowloon Walled City once again. Two thousand squatters occupied the Walled City by 1947 and by 1948, after numerous failed attempts at eradicating the city, the British decided to ignore it.

With no government set up by the Chinese occupation, and the British staying away from Kowloon, it became a haven for prostitution, drugs, and gang activity. By the 1950s, Kowloon was ruled by the Triads and police didn’t dare go inside.

It was not until 1974 – after 3,500 coordinated police raids – that the Triads started to lose their power over the Kowloon Walled City. By 1983 the Police Chief declared Kowloon’s crime rate to be “under control.” The dynamics of the growth of a city unencumbered by governmental regulations or zoning laws and devoid of law enforcement is nothing short of amazing… and hazardous. 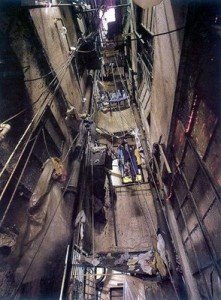 Eight city pipes provided water to the entire Walled City, and only a few of the streets were illuminated by lighting. Sunlight rarely reached the lower levels, and power was scarce and rudimentary.

In addition to crime, the Walled City was known for its high number of unlicensed doctors and dentists, who could operate without standards or fear of prosecution.

Most structures were built on top of one another over time, not as free-standing towers. Picture crude manufactured homes stacked one on top of another, left to right, bottom to top – but due to proximity to the airport, no structure exceeded a height of 14 stories tall. 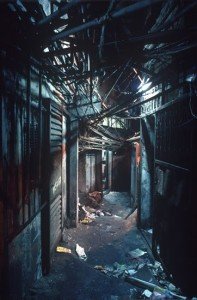 Alleyways were only 3-5 feet wide, had poor lighting, and very poor drainage.

The maze of staircases and alleys was so extensive one could walk around the city without ever touching the ground.

Construction was unregulated and thus conditions were very poor and unsafe; most residential units were 250 sq. ft. and had no foundations or utilities.

Despite the crime rate leveling off, the British and Chinese governments agreed that the Walled City was becoming increasingly intolerable as the quality of life – sanitary conditions in particular – were far behind that of the rest of Hong Kong. 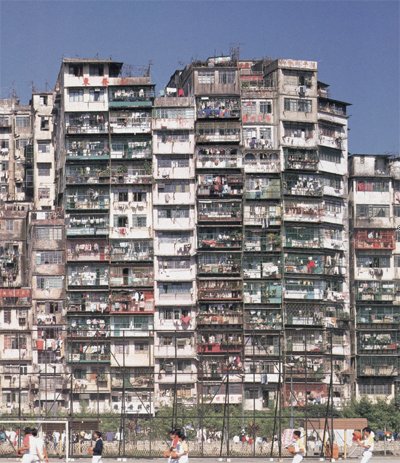 By 1987 a mutual decision was reached to tear down the Walled City, and a plan developed to compensate the 33,000 residents and businesses with $350 million (US) for their troubles.

The last residents – not satisfied with the terms of the compensation – were finally forced out by 1992.

Demolition began in 1993 and a year later it was complete, leaving only a temple and remnants of a front gate. A park was constructed and finished in 1995 which, along with the pieces of the gate & temple, commemorates the old city.

Kowloon Walled City is no more, but we certainly can make an effort to remember the history surrounding its formation and demise.