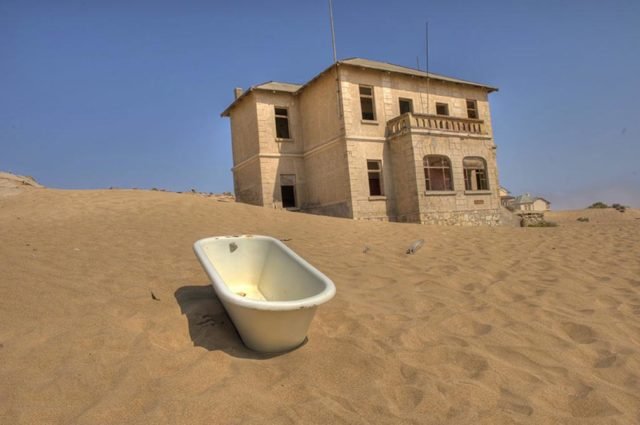 Once a thriving diamond-mining town, Kolmanskop is now abandoned, fighting a constant battle against the sandstorms and Mother Nature in the Namibian desert.

Founded in 1908 when a rail worker in the area discovered a diamond, Kolmanskop enjoyed nearly fifty years of history until the town was all but abandoned in 1954 when the diamond mines finally dried up. 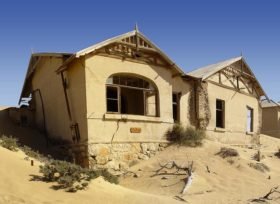 Namibia was colonized by Germany, so much of the country’s architecture resembles the German style.

This includes Kolmanskop; when it was decided a town was to be constructed at the location of the discovered diamond, the residents built the town in a German-influenced style. 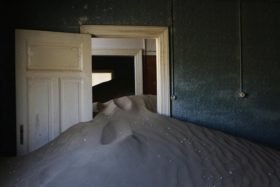 The new town of Kolmanskop had full amenities, including a hospital, ballroom, power station, theater, sports hall, casino, pool, and the first x-ray station in the southern hemisphere.

Kolmanskop also had the first tram in Africa, and a small railway linked it to the neighboring coastal town of Lüderitz. At its peak the town enjoyed nearly 1,200 residents from some 700 families. 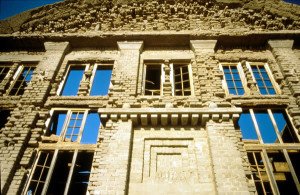 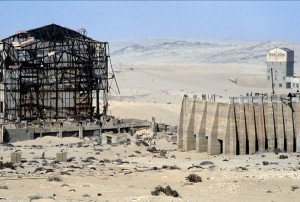 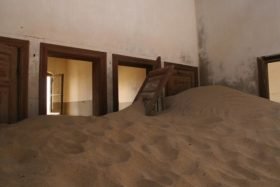 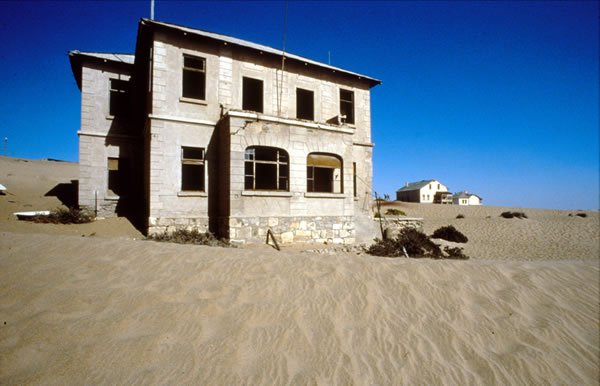 German miners settled in the area hoping to strike it rich. For nearly ten years the site produced plenty to rewards its founders.

However by the end of World War I the mine was starting to become exhausted.

By the mid 1950’s – due to an exhausted mine, a larger discovery just South of Kolmanskop, and poor conditions in a remote location – the town was finally abandoned.

“One day Kolmanskop’s sand-clearing squad failed to turn up, the ice man stayed away, and the school bell stopped ringing.” 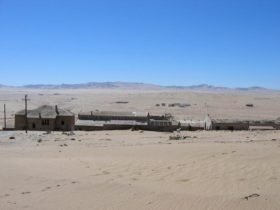 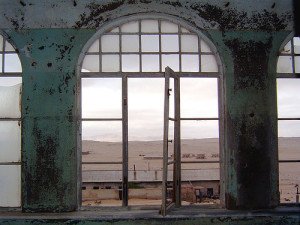 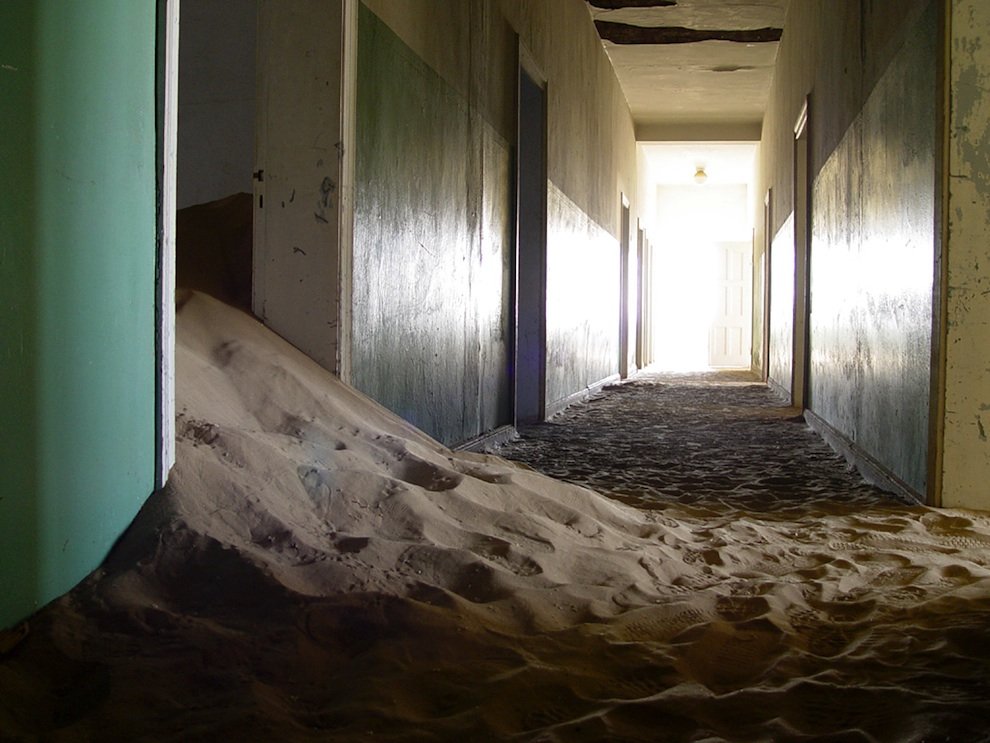 Nearly 60 years of brutal conditions in the desert has taken its toll on the small town. The sand dunes have risen and reclaimed what was theirs.

Metal screens sheltering the structures have long since collapsed, and most doors and windows have been blown out with sand filling the rooms.

Kolmanskop has since become a popular photography destination, but be sure to apply for a permit before visiting the town.

Today it is jointly operated by Namibia and DeBeers as a tourist destination. 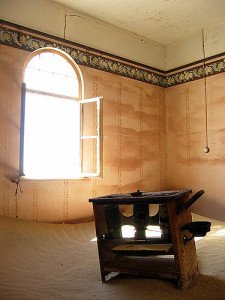 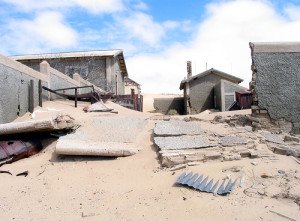 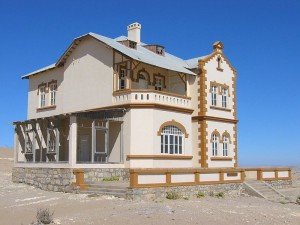 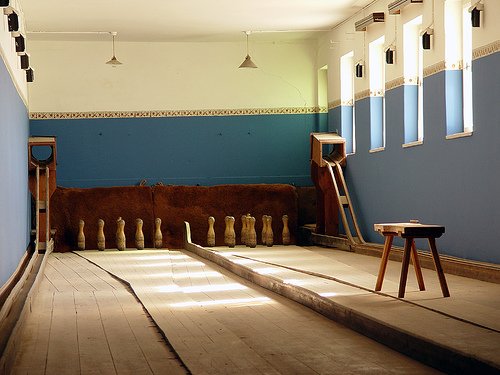 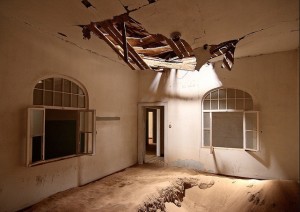 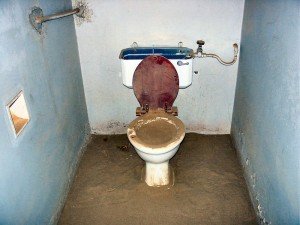 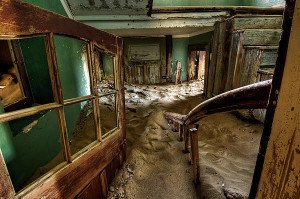 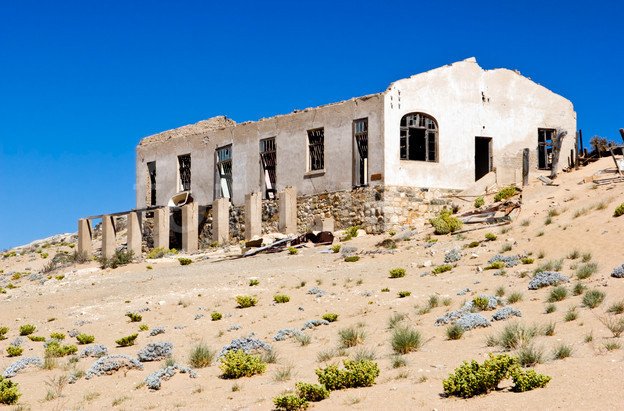